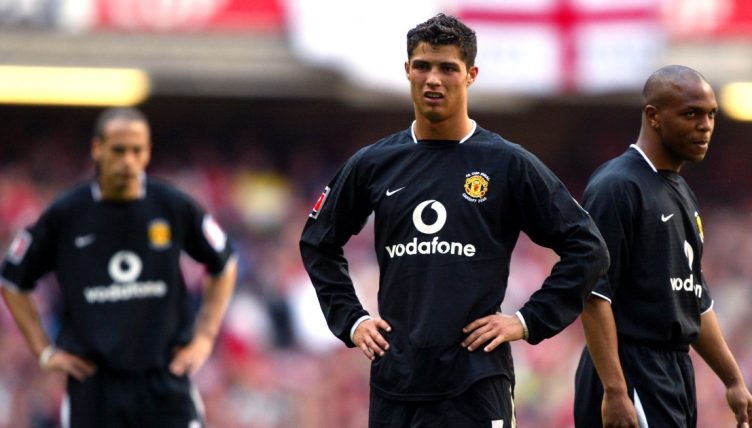 During his incredible career, Cristiano Ronaldo has won an abundance of major trophies with the likes of Manchester United, Real Madrid and Juventus.

But that doesn’t mean he’s always been happy at the end of a season. We’ve taken a look at the three seasons where the forward didn’t get his hands on a single trophy at club level.

After winning the Supertaca Candido de Oliveira with Sporting in 2002-03 and the FA Cup with United in 2003-04, Ronaldo then had his first trophyless season.

He missed the 3-1 defeat to Arsenal in the Community Shield and was unable to help United overcome Chelsea in the League Cup semi-finals.

United faced AC Milan in the Champions League last-16 but two goals from Hernan Crespo gave the Italian side a 2-0 aggregate win.

The Red Devils also finished third in the Premier League and the title went to Jose Mourinho’s Chelsea, who picked up a then-record of 95 points.

United did make it to the FA Cup final for a second consecutive season but failed to take their chances and ultimately lost to Arsenal on penalties.

Despite the defeat and a trophyless season, Sir Alex Ferguson was able to see the positives and correctly predicted a bright future for his side.

“We’ve always been the sort of team that is galvanised by defeat and adversity,” Ferguson said after the game. “We’re that sort of team. We’ll get ourselves off the ground, cup football can do that to you sometimes.

“We are a very good team and in that form we can play against anybody. It was a really good performance and we got our game together today.

“You could toss a coin for Man of the Match out of Wayne Rooney and Cristiano Ronaldo because they were great, the pair of them. There’s a great future for those boys and Darren Fletcher as well.”

Having established himself as one of the greatest players in the world during his time at United, Ronaldo completed his dream move to Real Madrid in 2009.

He was one of eight signings that Madrid made that summer as Florentino Perez returned as president with the task of knocking Pep Guardiola’s treble-winning Barcelona off their perch.

Ronaldo reached the Champions League final with United in 2008 and 2009 but Madrid were knocked out by Lyon at the last-16 stage in 2010.

He didn’t feature in the Copa del Rey in his debut season and Madrid suffered an embarrassing 4-1 defeat to third-tier side Alcorcon in the round of 32.

“I really enjoyed the season that I’ve done, but what’s missing is winning a title,” Ronaldo said in May 2010.

“I’m very happy here in Madrid and my team-mates have helped me a lot, but the team has not won anything. We have to keep fighting and I am confident we will win many titles (in the future).”

After 12 years away from United, Ronaldo decided to make a fairytale return to Old Trafford during the summer of 2021.

United had gone four seasons without lifting a trophy and were hoping that the legendary forward would help bring the glory days back.

“I think the main word is that I’m still happy and enjoying football,” Ronaldo told Sky Sports in October 2021. “It doesn’t matter how many things I won in my career.

“I win everything but I’m still motivated. I’m in a new chapter of my life, even with my age, and this is why I am here – to try to win and I think Manchester needs to be at this level of winning and thinking to win big things so I’m here to help.”

But United and Ronaldo have produced a lot of poor performances throughout 2021-22 and find themselves challenging for the top four rather than the Premier League title.

The 37-year-old wasn’t in the matchday squad for their EFL Cup third-round defeat to West Ham United at Old Trafford.

He did start the FA Cup fourth-round tie against Middlesbrough and missed a penalty in normal time before United went on to lose in a penalty shoot-out.

While Ronaldo scored six goals in the Champions League group stage, he failed to register a single shot on target against Atletico Madrid in the last-16 as United lost 2-1 on aggregate.