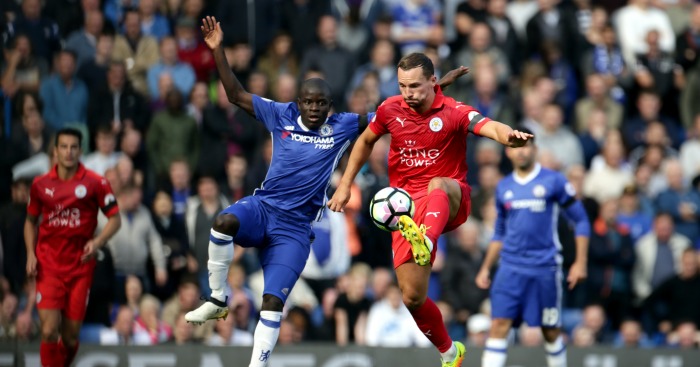 Chelsea failed to land some of their main targets on deadline day, but one transfer they were able to complete was that of Danny Drinkwater in a £35million deal from Leicester.

Drinkwater has yet to play this season due to a thigh injury but will link back up again with N’Golo Kante, with whom he formed a title-winning partnership at the Foxes.

The job of Chelsea’s central midfield under Antonio Conte is to first and foremost protect the back three, especially with the two wing-backs often marauding forward down either flank.

Drinkwater has never been renowned as a goalscoring midfielder, and bagged just one goal in the league last season, the same as Kante and one fewer than Bakayoko. Fabregas is by far the most prolific with five, although at times played further forward.

In terms of assists, Fabregas is predictably way out in front with 12, with Drinkwater level on one with Kante and Bakayoko.

The former Leicester man produced a goal or assist every 1,233.5 minutes last season. Only Kante’s record (1,569.5 minutes) is worse. Bakayoko’s (740 minutes) is better, while Fabregas’ (78.1 minutes) is quite frankly ludicrous. 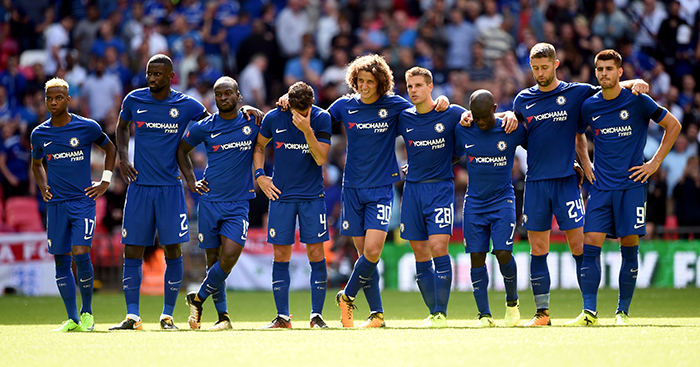 READ: Investigating claims Chelsea’s squad is too small to retain the title

Despite scoring only once in the league last term, Drinkwater actually takes more shots (1.1 per game) than any of his competitors. Fabregas and Bakayoko both registered 0.9 shots per game, with Kante attempting 0.8 per game.

Assist statistics, meanwhile, can be slightly skewed. A player could create plenty of chances only to see them wasted by his team-mates, for instance.

Fabregas (2.1) unsurprisingly creates the most chances per game, with Kante (0.6) the next best of the quartet, closely followed by Drinkwater (0.5) and finally Bakayoko (0.4).

The Spaniard also leads the way when it comes to dribbles, completing a remarkable 100% of his attempted dribbles last term. Yet again Kante comes second with 71.4%, with Drinkwater (70%) and Bakayoko (69.2%) ranked third and fourth, respectively.

Drinkwater’s passing accuracy of 77.4% leaves something to be desired in comparison to Kante (88.8%), Fabregas (84.5%) and Bakayoko (87.3%), but that also could be a reflection of Leicester’s more direct style.

Drinkwater likes to sit deep as a holding midfielder and, while Conte will look to Kante and Bakayoko as his ‘destroyers’, the England international will be expected to contribute defensively.

Just as Fabregas is known for his assists, Kante is know for his interceptions and leads the way with 2.4 per game. Drinkwater’s 1.3 places him right between Bakayoko (1.8) and Fabregas (0.6)

It is a similar state of affairs regarding tackles, with Kante out in front by completing 73.5% of his attempted tackles last season. Drinkwater (64.4%) is ahead of Fabregas (55.6%) but slightly behind Bakayoko (67.4%).

When it comes to aerial duels the owness is likely to be on Bakayoko, who has replaced Nemanja Matic’s height in the Chelsea engine room. The former Monaco man won 66.66% of his aerial battles last term, with Drinkwater the next best on 44.8%. The diminutive Fabregas (33.3%) and Kante (29.4%) are lagging behind.

Watch: When Cristiano Ronaldo & Frank Lampard enjoyed kicking each other