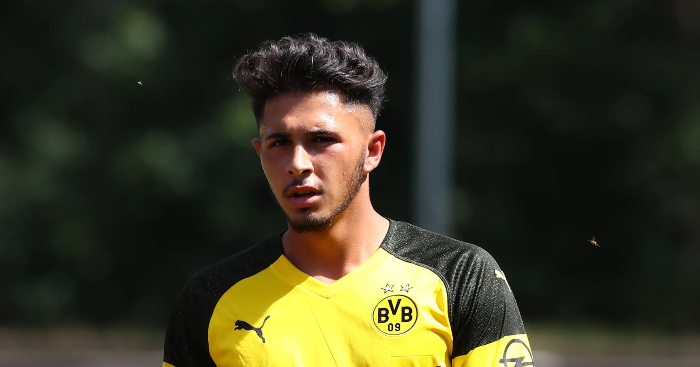 But almost three years later, he’s deep down his road to recovery and has every chance of rekindling a top-level career.

It’s been a long and painful process, but his story has been a remarkable one.

With Dortmund since he was 11 years old, the Italian right-back was considered a promising talent, winning back-to-back Bundesliga youth titles in 2015 and 2016, and representing his country at Under-19 level.

Along with Jacob Bruun Larsen and Felix Passlack, both of whom have since made senior appearances for the club, Scuderi was thought to have first-team potential and was particularly admired by the club’s Under-19 coach Hannes Wolf, who has since gone on to manage Hamburg.

The versatile defender could also play on the other flank and as a wing-back as Wolf experimented with different systems and formations, and Scuderi had even caught the attention of the head coach at the time, Thomas Tuchel, according to Dortmund’s official website.

In September 2016, Scuderi was taking part in a UEFA Youth League match against Legia Warsaw.

Less than 15 minutes into the match, the ball was kicked out of play and stretchers were urgently called for after his studs were caught in the turf on the turn and he twisted his knee.

The moment was caught on video, but it’s not recommended viewing, as its extremely graphic and gruesome. If you must, though.

“The worst injury you could possibly imagine,” said the surgeon who dealt with the injury, Professor Michael Strobel. “Pretty much everything tore: the ligaments, all the muscle and tendons.”

Not only has his club overseen his near three-year rehabilitation and recovery, but they’ve also provided him with a safety net in case he doesn’t make it back, funding his education in sports management.

He’s undergone nine surgeries, missing nearly 1,000 days of action, but he’s not yet giving up on a career as a player and made a cameo appearance as a substitute in a friendly against Luner SV for Dortmund’s reserves in August 2018.

“Comeback. After a very long and hard time, where the doctors had already written me off,” he wrote on Instagram at the time.

“Thanks to my family and my friends and the BVB, without you I would not be back.”

And his return to the Under-23s squad for a competitive fixture in May 2019 is the latest milestone in his bid to make a full comeback.

He didn’t make it off the bench as Dortmund’s youngsters beat Wuppertaler SV, but he still views it as an important moment.

“Obviously it was something very special for me after such a long time out,” he told the club’s official website. “For a long time it wasn’t clear what would happen or where things would go.

“It’s unbelievable to have made it back into the squad. I’m simply delighted, I’ve trained a lot and happy to be back in the squad today.”

Were it not for the ill-fated horror injury he suffered, he could well have featured for Lucien Favre’s exciting young title-challengers this season.

But still just 21, there’s plenty of time for Scuderi to make up for the three years that were robbed by injury.