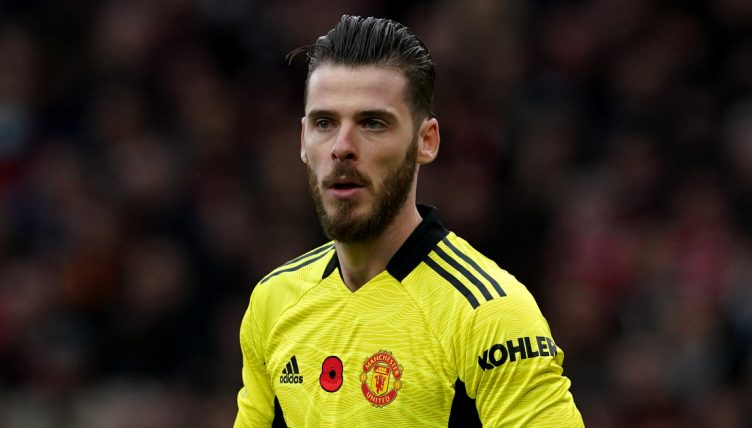 De Gea has been one of their best performers in the post-Alex Ferguson era, winning the Sir Matt Busby Player of the Year award four times.

Despite his impressive performances, United have only won the FA Cup, Europa League and EFL Cup in the last nine seasons and are currently suffering their worst trophy drought in 40 years.

We’ve taken a look at eight times De Gea has been brutally honest when reflecting on United’s performances.

Not up to the standard

“Difficult to put what I am feeling today into words,” De Gea tweeted after a 4-0 defeat to Everton in 2019. “As captain, I want to say that the performance of the team today, on top of the result, was not up to the standard expected when you pull on this shirt.

“We know that we have to improve but words mean little: we have to give everything for this club. That you for your unconditional support.”

– “Everything,” De Gea said when asked what is missing following a 1-0 defeat to Newcastle in October 2019. “A lot of things to improve. I don’t know what to say. Just keep trying, keep fighting, keep improving every day.

“It’s a hard moment for us, a difficult moment but we’re United, we need to keep fighting.”

– “Yes, it probably is the most difficult time since I’ve been here,” he added. “I don’t know [why]. I don’t know what is happening, we cannot score even one goal in two games.

“It’s difficult to say something, sorry to the fans, we will keep fighting for sure, we will come back, but at the moment we are in a difficult situation.”

“It is difficult to describe what I feel now. It hurts. It is not good enough,” the goalkeeper said after a 5-0 defeat at home to Liverpool in 2021.

“We keep on conceding shit goals like we have been doing all season. We play like kids and I have to apologise to the fans.”

“It was embarrassing – the way we played today,” he told Match of the Day after a 4-1 defeat to Watford. “The first half was very poor – it’s not acceptable for this club and the level of players that we have.

“It’s another nightmare. There’s been some difficulties but I don’t really know what to say. I have been in difficult moments with this club but we are in a difficult situation – we don’t know what to do with the ball, we are conceding a lot of goals. It’s a horrible moment.

“We need to look at ourselves one by one and give more for the club and the fans. It’s difficult to say why there was a performance like this – I don’t know what to say.

“I’m trying my best – it was good to save two penalties, I thought ‘okay come on, now we can win this game’. But then we started conceding chances and easy goals. It’s very tough.

“It’s hard to be in the dressing room now – we are sad, we are angry. Personally, I’m hurt – it’s a very difficult moment for the whole club.”

🗣 "It was embarrassing, it was not acceptable. It's easy to say the manager, the staff, sometimes it's the players."

“On the pitch, in the goal, I was feeling danger for nearly the whole game, but we defended well,” he said after a 1-1 draw with Chelsea in November 2021.

“They missed big chances to find the target. The one [goal] we have, they gave us a chance and we scored. It’s not enough to draw, but at the moment with the way we are, it’s a big point.”

“I think someone has put a curse on us or something,” he told El Pais in February 2022. “The truth is I don’t know what’s going on, I really don’t.

“People always ask me and we talk about it as team-mates and we just say ‘we don’t know what’s happening’.

“We should have competed for more trophies, bigger titles, but I just don’t know why this team doesn’t function.”

– “Difficult to describe with words how I feel, how we feel,” he said after United were knocked out of the Champions League by Atletico Madrid in 2022.

“It’s another tough moment for us, it wasn’t enough what we did to beat Atletico in two games. They’re an experienced team, they know how to play those games very well and it’s a very difficult moment for us.

It’s always tough when you go out of the Champions League, especially the way we did. We got a good draw in Madrid, play here with the fans. I don’t know, to be honest, we don’t win the game, we’re out again, another bad year for us, it’s very, very tough.”

– “There are too many years without any trophies, even without fighting for trophies,” De Gea added.

“So I think we need to be clear we want to achieve good things, fight for trophies, we don’t just want to play for the top four and be there, get out of the Champions League in the quarter-finals. Something like this.

“It is a disgrace from us, we should be winning this game,” De Gea told BT Sport after United’s 1-0 defeat to Everton in April 2022.

“We don’t score but we don’t create proper chances to score. We are not good enough, that is for sure. It will be difficult to be in the top four. They played Wednesday and they were tired but they had more desire than us, that is not acceptable.

"They were tired, they were a bit nervous, you could feel it, and even with that we lose the game."

"It's a disgrace from us to be honest."