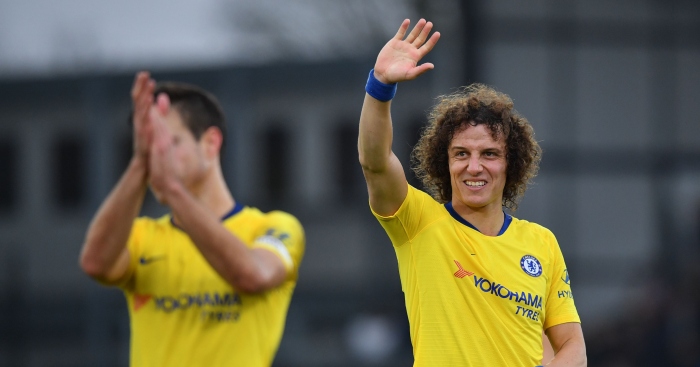 The festive period often throws up some excellent games in the Premier League, with fresh legs exploiting tired ones and producing moments of genius.

We saw this with Roberto Firmino tripping up three Arsenal players with his mind, and Marcus Rashford making two Bournemouth defenders regret getting out of bed in the morning.

However, the period also brings the odd game so dull it forces you to wonder whether televised football was ever a good idea – games like Chelsea’s 1-0 win at Crystal Palace.

Even in these games, though, there’s invariably one special moment to convince us the other 89 minutes of pain were justified. On this occasion, David Luiz was the man responsible.

Early in the second half, after a first period in which you probably made yourself a coffee safe in the knowledge you weren’t going to miss anything, the Brazilian spotted an excellent run from N’Golo Kanté and played a pass not only too good for this game but too good for 90% of games in the Premier League this season.

Passes such as the one from Luiz often encourage golf metaphors, with talk of a perfectly lofted sand-wedge to escape a bunker and land on the green.

However, on this occasion, the Chelsea man is closer to a mini-golf player approaching the windmill hole.

If he is off by even a couple of degrees in his direction, or half a second in his timing, we wouldn’t be talking about Kanté’s goal or, in all likelihood, about any Chelsea goal.

However, the Brazilian has found the one split-second where the opening is there, and bisected the defence to pick out a runner who even the commentators hadn’t spotted entering the frame.

It’s the sort of ball that feels impressive from anywhere on the pitch, but for the defender to do so without the benefit of a diagonal pointing his way makes it that bit better.

This is different from Frank de Boer’s ball up to Dennis Bergkamp at the 1998 World Cup – Luiz can’t gain the same perspective on the movement of those around him, and has to instead make a calculation based on how he sees and imagines the depth of the lines in front of him.

He does it perfectly, of course. 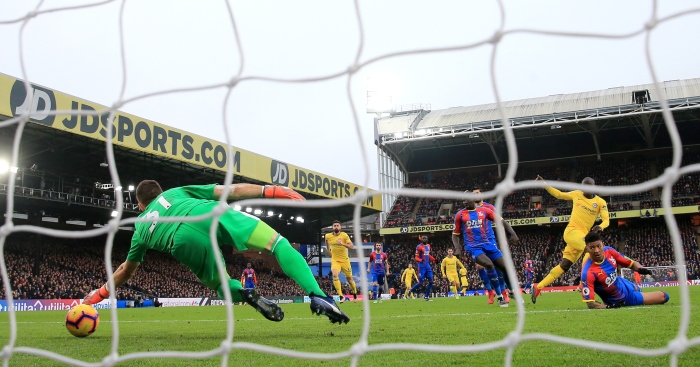 The addition of Jorginho to Chelsea’s squad over the summer was supposed to be the key to them moving opposition defenders from pillar to post, but all the marvelling over the Italian’s composure on the ball might have made some forget about the fantastic ball-playing defender already on the club’s books.

Chelsea’s lack of an on-form striker has made their task harder, with pressure on those sitting deep to find runs either side of a tightly-marked Eden Hazard or else rely on multi-player moves which themselves need more individuals to be on the same wavelength.

It’s fortunate, then, that they have a man unafraid to take matters into his own hands and float a ball into a tiny gap as if playing slow-motion darts, finding the millimetre of space between the two treble-twenties and floating the third arrow straight down the middle.

Sure, it might not be the main part of his job, but in games as tight as the one at Selhurst Park his pinpoint accuracy can become the sweetest of Get Out of Jail Free cards.