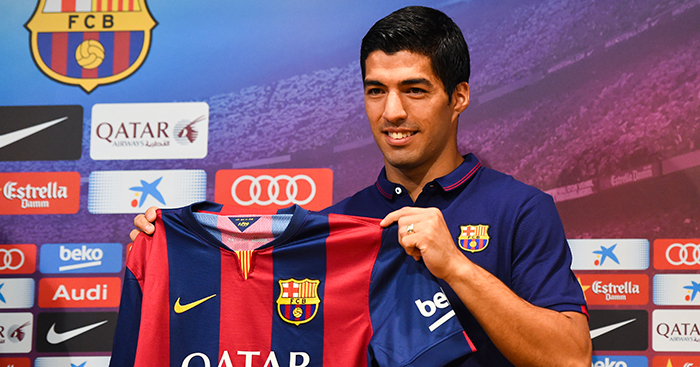 We have begun our countdown of the greatest transfer windows of all time, with 2013 taking seventh place. But we’re just getting started…

Luis Suarez from Liverpool to Barcelona for €81.7m.

In a strange turn of events on the exact same day as Suarez agreed with Barca on a five-year contract, LeBron James published an extremely cheesy first-person essay in Sports Illustrated revealing that he would return to Cleveland after a four-year spell in Miami.

Less than 12 months later, Barcelona would go on to win the treble thanks to the deadliest attacking trio ever assembled, then LeBron would break the matrix in 2016 by carrying the Cavs to their first NBA title.

I mean… was it the greatest day in sports transfers history?

1) First of all, it was a classic post-World Cup transfer madness with European clubs going nuts trying to land some of the tournament’s brightest stars.

Real Madrid ended up signing three of them – Colombia’s James Rodriguez, Germany’s Toni Kroos and Costa Rica’s Keylor Navas, all of whom were arguably the best players at Brazil 2014 among those not named Leo, Thomas or Arjen. But it didn’t stop there.

Malaga signed Guillermo Ochoa, who had pulled off one the most remarkable goalkeeping performances of all time having made at least six unimaginable saves against Brazil.

Arsenal signed another World Cup star, David Ospina, Lazio got a 22-year-old Holland defender Stefan de Vrij and Everton recruited Bosnia talent Muhamed Besic, even though plenty of clubs had expressed their interest in the midfielder.

The real big-time shoppers, though, were plotting their moves a few dozen miles away from Liverpool. On August 19, Manchester United laid out €75m to bring Angel Di Maria, Real Madrid superstar and one of the FIFA’s Golden Ball award nominees, to Old Trafford.

Then came Marcos Rojo (€20m) and Daley Blind (€17.5m), who helped Robin Van Persie score that goal against Spain in the first match of the tournament.

2) Somehow, Barcelona splashed nearly €40m on two highly questionable signings. Jeremy Mathieu, a 30-year-old defender with just five caps for France and no big-club experience, joined Barca for €20m, while the Catalans paid €19m for an injury-prone Thomas Vermaelen, who would play his first game for Barca in the final La Liga match of the following season.

Now what the hell was that, Barcelona?

Robert Lewandowski from Borussia Dortmund to Bayern Munich… for F-R-E-E!

Looking back, the whole thing was absolutely surreal not just because of the obvious Dortmund-Bayern rivalry, but also because Lewandowski signed a pre-contractual agreement with the Bavarians almost six months prior to the official move, then continued playing for the Jurgen Klopp’s side as if nothing special had happened. 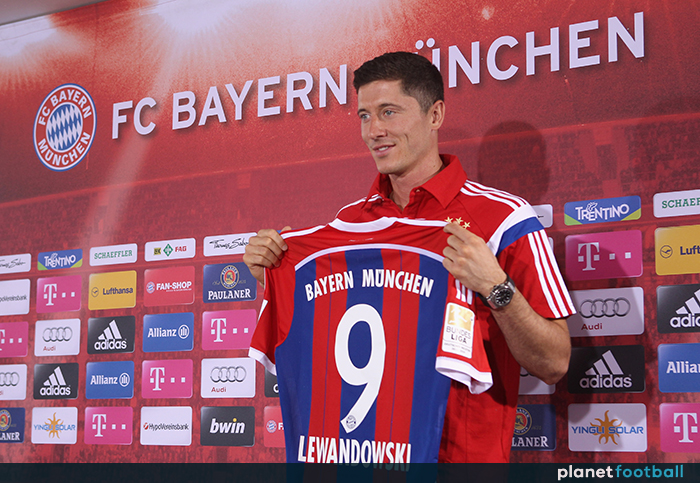 The weirdest part? Later that season, Lewandowski started in the German Cup final against Bayern after Klopp had somewhat controversially let him skip a couple of training sessions due to mysterious injury concerns.

Because, you know, when your best player is one week away from abandoning you in order to join The Evil Empire you just can’t help but care about his knees.

(On a more serious note, though, props to both Lewandowski and Klopp. Few people could’ve handled that mess with such grace.)

Honourable mention: Eric Dier from Sporting to Tottenham for €5m. That was smooth.

The Wait, What? Transfer

Frank Lampard signing for Manchester City as a free agent.

Almost three years have passed since that day – and two and a half years since Lampard’s heart-stopping goal against Chelsea – and I still think this will never be topped. Boy, that was unexpected.

Honourable mention: Xabi Alonso from Real Madrid to Bayern Munich for €9m. Another transfer literally no one saw coming.

Louis Van Gaal from the Netherlands to Manchester United. Luis Enrique from Celta to Barcelona.

Not particularly impressive at first glance, but hey, at least we got The Van Gaal Dive out of this.

Cesc Fabregas from Barcelona to Chelsea for €33m.

Understandably, this one made quite a splash among Arsenal fans back in 2014. So much so that whenever anyone asks Fabregas about this move you can actually see him feeling kind of embarrassed, even guilty, still unable to process all the hatred, and disappointment he has faced after returning to England.

Will Arsenal fans ever forgive him? Probably not. But it’s important to remember Wenger never even tried to bring the Spaniard back to the club so it wasn’t about Cesc picking one team over the other.

The guy wanted to come back to the Premier League. He probably had more than a few lucrative offers to choose from and naturally went with the best option available. Had Arsenal bid for him – and by the way, that would’ve been a terrific deal for Wenger – we would probably have never even had this conservation.

Mario Balotelli from AC Milan to Liverpool for €20m.

You know how some people always manage to find something good even in completely disastrous situations? Well, just so you know, I tried my best to do the same with this move… I just couldn’t find anything.

Bringing in Mario while rebuilding the team after Suarez’s painful departure was like watching a cooking show on YouTube at three in the morning while trying to drop a few extra pounds.

You know you’ll end up making some half-ass cheese sandwiches or homemade ravioli in the middle of the night just like you know that Balotelli will ruin everything you’re trying to build. So how could anyone possibly think that was a good idea?

Liverpool should’ve never gone for the Italian, and eventually they came to their senses… only it was too late. 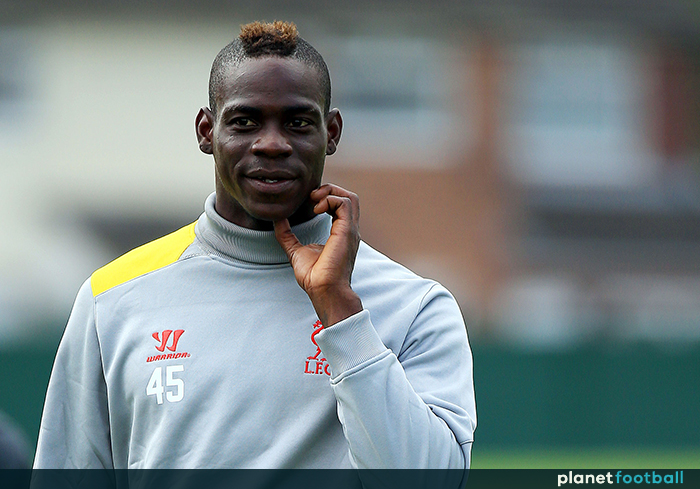 Again, Suarez. Never before have we seen a superstar of his calibre sit out almost a third of the season because of – well, there’s no specific word for it – then return just in time for the biggest game of the season to set up Neymar’s opening goal in El Clasico.

Throw in the whole biting drama, MSN’s competitive debut, fans going crazy, journalists going crazy, and everything will fall into place. That was one helluva ride for Suarez. And for the rest of us, too.

Undoubtedly, Barcelona made some weird signings that summer.

But they also got one of the most complete and prolific strikers of the generation for €7m more than what United paid for Di Maria, replaced Victor Valdes with two cheap and talented goalkeepers – Claudio Bravo (€12m) and Marc-Andre ter Stegen (€12m) – then yanked Ivan Rakitic out of Sevilla (€18m) to help the team smoothly transition from Xavi’s possession-oriented football to the full-on MSN experience.

It wasn’t perfect, but it was good enough to win it all. So who are we to judge?

As already mentioned, the 2014 summer window turned out to be a controlled chaos at best thanks to one of the most entertaining World Cups over the last twenty years.

The winners were obvious: Jose Mourinho spent just €71m on two crucial signings – Cesc Fabregas and Diego Costa – who would help Chelsea secure their fourth Premier League title; Real Madrid practically bought Toni Kroos for a song considering how well the German fit in with the team; Bayern Munich got Lewandowski and Xabi, Arsenal got Ospina and Sanchez, while Barcelona finally collected all of three South American geniuses and went on to do all sorts of great stuff with them.

In terms of history, the 2014 transfer window started perhaps the most intense – and most celebrated – sports rivalry since Bird vs Magic: MSN vs BBC.

Who knew it would last just three seasons?