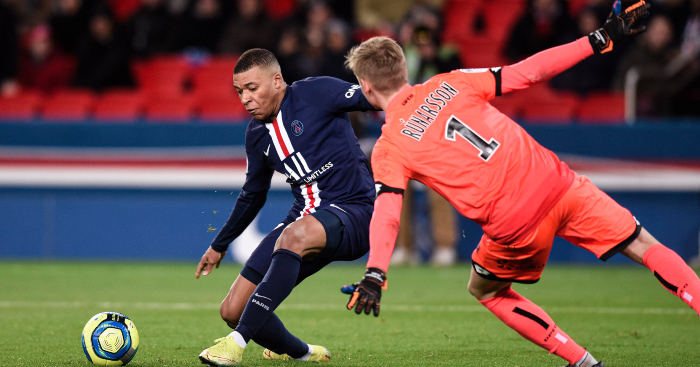 Arsenal have signed Icelandic goalkeeper Alex Runarsson for a reported £1.8million from Dijon.

With the Gunners selling Emiliano Martinez to Aston Villa, they certainly needed a back up to Bernd Leno, who spent a few months on the sidelines with an injury last season.

Runarsson worked with Arsenal’s current goalkeeper coach at FC Nordsjælland. Cana said this about him in 2017.

“First of all, I have to say that Alex is a good person and an excellent professional. He always wants to improve and demands the maximum in every training session and in every game.

“He has an innate talent but above all a very large margin for improvement and a good competitive spirit.”

“He is and has always been regarded highly in Iceland,” Traustason said of Runarsson. “At a very young age, people started to notice him.

“People saw early on that he was going to be a great goalkeeper. It is just his character I guess, i.e. how he behaves on and off the field. A lovely guy!”

Jensen was very impressed with not only Runarsson’s goalkeeping ability but also his charity work. He joined the charity Common Goal.

“Besides being a skilled goalkeeper, it is also a top-class person we say goodbye to.

“From day one, Alex has proven to be a reliable player. He has worked hard and at the same time represented the club and the values ​​in an excellent way.”

Runarsson’s coach at Dijon revealed his hunger for the No.1 jersey after spending time on the bench.

“We have complete confidence in our goalkeepers. It’s up to Alex to show that he deserves this place.

“When you come back from number 2 to number 1, you want to eat everything! I feel someone is very motivated to perform.”

Welcome to The Arsenal, Alex Runarsson 🔴

After completing his move to Arsenal, Arteta revealed the reasons for bringing him to the Emirates.

“We want to create healthy competition for places, and we look forward to seeing Alex bring further depth to the goalkeeping position.”