The stats behind Davinson Sanchez’s impressive start at Spurs 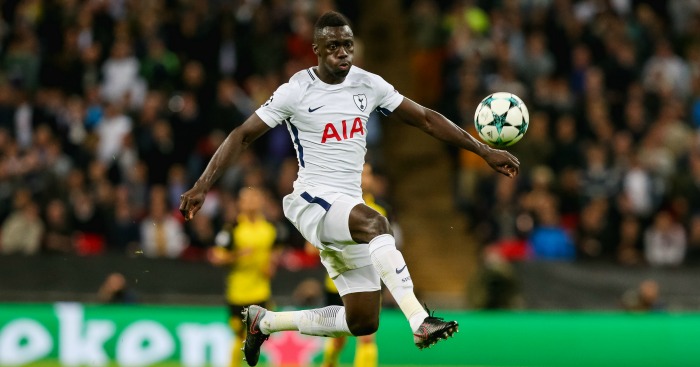 Davinson Sanchez has got his Tottenham career off to a good start with back-to-back wins in his first two starts – and Spurs fans like what they see.

Mauricio Pochettino handed the Colombian his first start at Everton on Saturday when Spurs made surprisingly light work of the Toffees on their way to a 3-0 win.

And Sanchez retained his place in the Champions League on Wednesday night when Tottenham recorded a similarly-impressive 3-1 triumph over Borussia Dortmund at Wembley.

The win over Dortmund was noticeable for Pochettino’s change of approach. Rather than press high and play on the front foot, Spurs allowed Dortmund possession before hurting the Germans on the counter-attack.

With a greater focus on defending, Pochettino needed a defender in the more literal sense, having relied previously on the technical talents of Jan Vertonghen, Toby Alderweireld and Eric Dier.

Sanchez appears to be that destroyer, and the early signs suggest he is happy to do the dirty work.

The 21-year-old has not made a tackle in his two games, according to the Opta stats at least, but as Sir Alex Ferguson found out with Jaap Stam, it is dangerous to read too much into a defender’s tackling numbers.

Sanchez, though, has made almost double the average number of clearances that Alderweireld and Vertonghen have. The latter has managed an average of four per game so far this season, with Alderweireld on 3.8, whereas Sanchez made nine clearances at Goodison Park followed by a game-high of six against Dortmund.

At Everton, Sanchez made three interceptions – one more than his defensive partners have managed all season.

He also leads the way for headed clearances, having made six in two matches. Alderweireld is averaging 2.4 per game, while Vertonghen has completed an average of 1.2.

Conversely, Sanchez is playing far less of a prominent role when Tottenham are in possession. No outfield player at Wembley had fewer touches (27) than Sanchez, with Vertonghen (55) and Alderweireld (53) averaging double that number between them.

Vertonghen (38) and Alderweireld (41) also attempted more than double the number of passes that Sanchez (18) did, and their higher passing accuracy stats – Alderweireld and Vertonghen completed 80 per cent and 76 percent respectively compared to Sanchez’s 72 per cent – hints at why Pochettino prefers Sanchez to focus on defending.

It is when Spurs need to place greater emphasis on that side of the game that Sanchez is likely to be most heavily used. Last season, Pochettino’s side conceded only two goals against other top six opposition at home, where they are expected to be on the front foot.

Away from home, they failed to keep a clean sheet against Liverpool, Man City, Man Utd, Chelsea and Arsenal in the process of conceding eight.

Sanchez may not be used every week, but he could become one of Pochettino’s most important players.