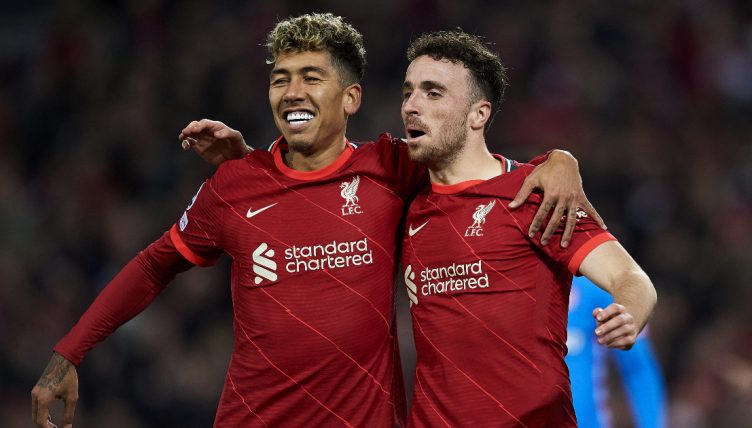 Diogo Jota is having the time of his life at Liverpool, stepping up in the absences of Mohamed Salah and Sadio Mane to become undroppable after initially signing as a backup.

His £40million move from Wolves in 2020 was greeted with some surprise, and the initial thought was that Jota would provide cover for the successful front three of Roberto Firmino, Mane and Salah.

However, his performances have been so good that he has ousted Firmino from the starting lineup, and is quickly developing into a lethal forward with an abundance of skill and an eye for goal.

Jota’s performances in the league have been consistent, and his two goals against Arsenal in the Carabao Cup semi-final helped Liverpool reach Wembley for their first domestic final since 2016.

We’ve taken a look at the numbers to compare Jota’s season so far with Firmino’s and Mane’s best Liverpool campaigns, which for Firmino was in 2017-18, whilst Mane’s was 2019-20, during Liverpool’s peak of heavy-metal, trophy-laden football under Jurgen Klopp.

Filthy goal of the day: Bobby Firmino vs. City in 2018. pic.twitter.com/9hEQhM33ER