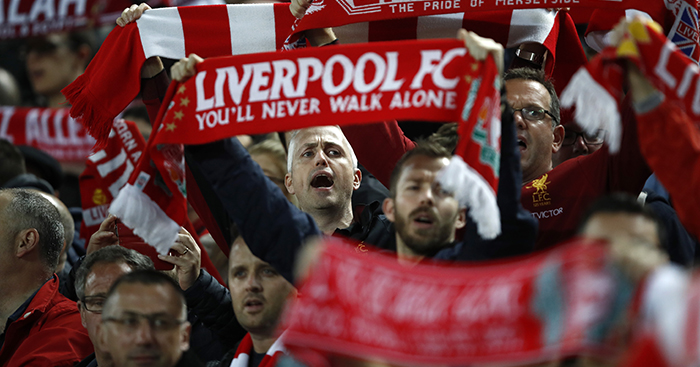 Duncan Castles provokes more ire than most on Twitter due to his apparent bias towards Jose Mourinho’s Manchester United – but it certainly doesn’t seem to bother him.

Castles has become so infamous among United’s rivals, in particular Liverpool, that he was hilariously interviewed on the Anfield Index podcast about being Mourinho’s ‘mouthpiece’.

He was even featured in a David Squires’ cartoon in The Guardian, but, rather than being deterred, Castles continues to post tweets which infuriate Liverpool and Manchester City fans – and we think it’s p*ss funny.

When did Liverpool last win?

After three games without a win for Liverpool, Castles wasted no time in getting out his fishing rod, going on to point out that ‘Mohamed Salah has just six competitive goals for club and country since April 28’.

As is customary, Castles included a link to his podcast, which angry fans presumably click in their droves in search of outrage.

Sticking it to Salah

If saying something on Twitter really annoys a lot of people, you might be tempted not to say it again.

When it comes to criticism of Salah, Castles has not yet succumbed to that temptation.

When Jurgen Klopp said he had a “helping syndrome” in April, he really ought to have known Castles would still be finding ways to use the phrase against him five months later.

This definitely isn’t the last we’ve heard of this.

Jurgen Klopp: ‘I have this helping syndrome. I really care about people.’ #LIVCHE #SUI #CROhttps://t.co/0l3rK9OvRq https://t.co/p8VbfLEy5a

After opening himself to a world of criticism for pointing out the colour of Aymeric Laporte’s boots, a mistake from the City defender soon allowed Castles the opportunity of a tap-in, which he was not about to pass up.

Another in the increasingly long list of basic defensive errors from Aymeric Laporte, the second most expensive Premier League defender ever. The Frenchman fortunate to be rescued by Ederson there. #HOFMCI #FRAhttps://t.co/ENnZu5PQEx

When Mourinho criticises a player, he can usually count on some support from at least one man* on Twitter.

*In the case of Luke Shaw and his belly, pretty much every man.

Castles was critical of Mourinho’s approach in United’s defeat to West Ham – and Twitter frankly couldn’t believe it.

One particular highlight was: ‘Wormtongue calling out Saruman, wtf am I reading’.

Twitter would be a much worse place without stuff this.

Can you name every club Jose Mourinho has beaten in the Prem?