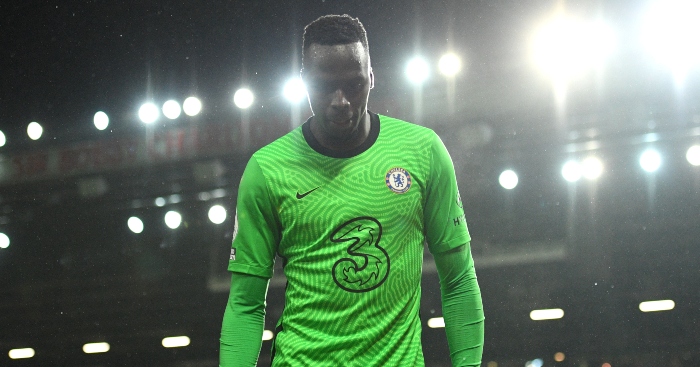 Having watched Kepa Arrizabalaga between the sticks for some time, many Chelsea fans have got used to fearing what their goalkeeper is going to do.

However, it seems as though things are now changing following the arrival of Edouard Mendy* from Stade Rennais during the most recent transfer window.

The 28-year-old has shown himself to be a safe pair of hands so far, which continued as Frank Lampard’s side went on to beat Krasnodar 4-0 in the Champions League.

One moment that has caught the attention of Blues fans is his fingertip save, as he was forced to stretch as far as possible to keep the Russian outfit out.

Mendy’s Incredible Fingertips Save from r/chelseafc

Aside from that save, there is one specific statistic that has Chelsea fans rejoicing and beginning to put their full trust in the Senegal international.

Having conceded against Tottenham in the League Cup, he has gone on to keep four consecutive clean sheets – preventing Crystal Palace, Sevilla, Manchester United and now Krasnodar from hitting the back of the net.

Chelsea fans are getting pretty excited about the stopper and took to Twitter to express their excitement at their new signing.

Admin where’s the option for Mendy??

mendy should atleast be in the poll

Mendy for me. The confidence he has given at the back is incomparable

Zouma but no mendy?
Did you watch the game lads?

*Buy Edouard Mendy and thousands of other players on Football Index. 18+, UK and Ireland customers only, begambleaware.org. T&Cs apply.

Watch: Edouard Mendy almost scores own goal by passing ball into own net