Eight Arsenal heroes that left for free in the last decade: Auba, Ozil… 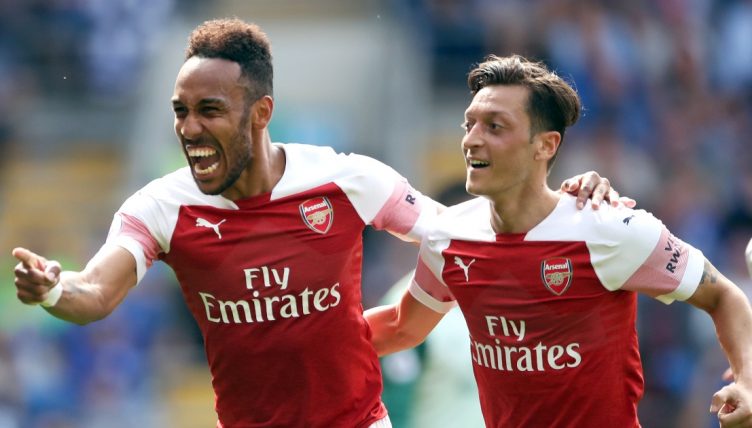 In recent years, Arsenal fans have become used to seeing one-time club legends lose form before departing the club for nothing. Pierre-Emerick Aubameyang is only the latest example.

“I think in the future, you will see it more and more. Why? Because the transfers are so high, even for normal players,” Arsene Wenger said back in 2017, a prediction that has been proven correct around Europe but particularly at his own club.

“You will see more and more players going into the final year of the contract because no club will want to pay the amount demanded… in the next 10 years, it will become usual.”

Perhaps it was because Wenger had already seen that happen with players that had served him well over the years and could see which way the tide was turning. Things certainly haven’t changed since his departure.

Here are eight players who were – at one point – absolutely brilliant for Arsenal but later departed for nothing. On that criteria, certain players (are you reading, Willian?) miss out.

Having announced himself to the world as a wonderfully exciting footballer with dazzling performances for Russia at Euro 2008, Arshavin briefly lived up to the billing at Arsenal after arriving for a club-record fee in February 2009.

We can’t not mention those four goals against Liverpool or that winner in that victory over Barcelona, while his endearing downright weirdness was always a perfect ingredient for a future cult hero.

But over time, flat performances became commonplace, and he spent the final months of his Arsenal contract on loan at Zenit Saint Petersburg.

Once brilliant, Arshavin’s Gunners career ended with the club ultimately happy to wave goodbye and save on his wages. This would become a common theme in the years to come. 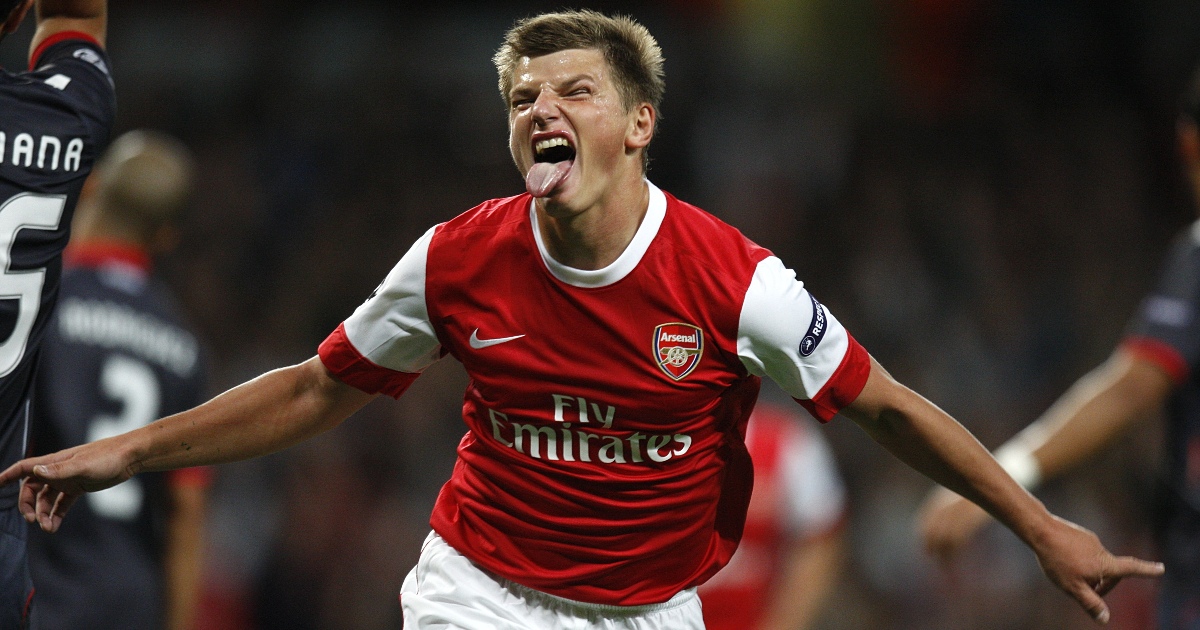 Sagna was never quite worshipped like some of the other names on this list, but dependable right-backs rarely are. He made nearly 300 appearances for the club and was rarely anything less than solid.

The former France international’s seven-year spell largely coincided with the club’s long trophy drought, which eventually ended in the 2014 FA Cup final – the dramatic 3-2 comeback victory over Steve Bruce’s Hull City proved to be one of his final appearances for the Gunners.

He was 31 at the time and rejected a two-year contract extension, going on to join reigning Premier League champions Manchester City instead.

“I needed something different and I had it with City,’ Sagna told The Mail last year. “I found a team that were already champions, a team who were competitive in every single position.

“I spent six years on the same contract and never complained. I always committed to the team, but at some point I felt I had to change myself, get out of my comfort zone and compete for something which was not mine.”

Sagna spent three years at the Etihad but only won the League Cup whilst there.

Few players in Arsenal’s recent history were as aesthetically pleasing to watch as Cazorla, a beautiful footballer who saw his latter years at the Emirates ravaged by injuries.

Things got so bad that the Spaniard nearly had to have his leg amputated, while it was later revealed that the injury could have been treated much better by Arsenal’s medical department.

“They never took responsibility or said sorry, that they hadn’t realised,” Cazorla told the Guardian in 2018.

“I’m convinced they think they did the right thing, that it wasn’t because of the bacteria that wasn’t spotted, that it was just bad luck. I don’t think they feel guilty. And Arsene always supported me. He renewed my contract before the first operation, which was an incredible gesture.”

It’s a miracle that Cazorla’s career wasn’t over when his Arsenal contract expired in 2018. It’s even more miraculous that he recovered to refind his form and give Villarreal two wonderful seasons of service.

Few could begrudge him one last bumper payday when he signed for Qatari side Al Sadd in 2020.

Cazorla’s goal against Barcelona tonight, what a player pic.twitter.com/IKzVFo6JfD

We’re technically cheating here because Sanchez didn’t actually leave for nothing. When he was into the final six months of his deal, Manchester United swooped for his signature, and in return Wenger got a shiny new Henrikh Mkhitaryan.

Despite some early flashes, Mkhitaryan struggled to refind the form that made him so outstanding at Borussia Dortmund, just as he did at Old Trafford. The Armenia international spent just a season at the half with the club before eventually getting his contract terminated to allow a move to Roma.

So in a convoluted way, we’re counting Sanchez here, because the Gunners saw no financial return from his departure.

Given how the Chilean’s time went at United, Arsenal can count themselves lucky he didn’t commit to a lucrative contract extension.

They were lucky to enjoy the best years of his career; 166 appearances, 80 goals, 45 assists. What a player he was in his prime.

“Honestly, I should have never left,” the midfielder later reminisced after leaving Arsenal alongside Wenger in 2018.

“That’s nothing against West Ham — it could have been anyone — but I shouldn’t have left Arsenal.”

Still just 30, Wilshere is back training with Arsenal but without a club and it’s impossible not to think about what might have been. Like Arshavin, he’ll always have that night against Barcelona.

Few would have expected that Ramsey would be spending 2022 on loan at Scottish Premiership side Rangers, but here we are.

Injuries appear to have taken their toll on the Welshman, but he did at least win a Serie A title while in Turin. It will be fascinating to see whether his stint in Scotland can rekindle his career.

Whatever happens next, his many, many brilliant moments over the years at Arsenal ensure that he’ll always remain a well-loved figure there.

Few transfers have got Arsenal fans as giddy as Ozil’s club-record arrival in 2013.

The playmaker had been incredible for Real Madrid and would end his debut season in north London by playing a key role in Arsenal’s 2014 FA Cup triumph – their first piece of silverware in seven years. Later that summer he lifted the World Cup with Germany.

Many more inspired moments followed over the years, culminating in Ozil signing a three-and-a-half-year contract extension in February 2018.

It was all swiftly downhill from there, and it all came to a sad end when he was ousted from Mikel Arteta’s squad and allowed to leave on a free for Fenerbahce just to save on the final few months of his considerable wages.

🇩🇪 Mesut Ozil has been voted the greatest German Premier League player of all time.

We’ve been here before, haven’t we? Figures at Arsenal probably need to ask searching questions about why this keeps happening.

A year after Ozil’s wage-saving departure was celebrated as a victory by some, history has repeated itself with another one-time fan favourite.

For a time, Aubameyang was quite simply unstoppable. He scored 10 goals in his first 13 Premier League appearances after his mid-season arrival from Borussia Dortmund in January 2018 and went on to notch 22 league goals in both of the next two full seasons.

The striker scored all four goals as Arteta’s Arsenal beat Manchester City (2-0) and Chelsea (2-1) in the semis and final of the FA Cup in 2020 and was once again on the scoresheet at Wembley later that summer in their Community Shield victory over Liverpool.

A bumper contract followed, and – as if it were a curse – so did the immediate drop-off in form. Eventually, he was booted out of Arteta’s squad for disciplinary issues before his contract was terminated to allow him to move to Barcelona.

“My last few months at Arsenal were complicated, that’s football sometimes. For my part, I never wanted to do anything wrong,” the Gabon international said after his unveiling at Barcelona.

“My problem was only with Arteta. I can’t say much more, I wasn’t happy.”

Tell us how you really feel.