Eight ex-players you might not realise are managers: Makelele, Bakke, Xavier 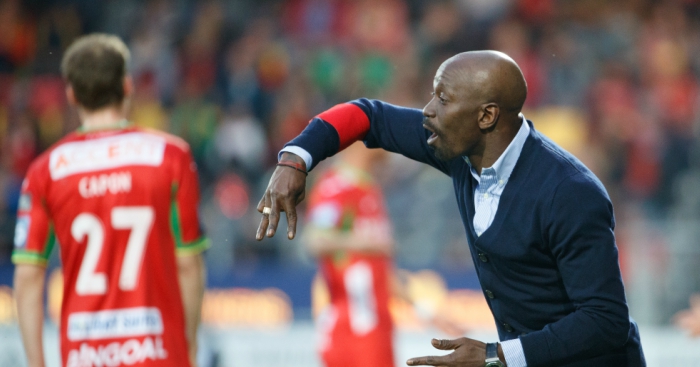 It’s a sign of getting old when your old heroes start to take management jobs – and there are several you might not realise have done so, including former Chelsea, Liverpool and Leeds players.

Roberto Carlos as a manager just doesn’t make sense. He’s a left-back with a ridiculously hard shot and will always be. And don’t even get us started on Harry Kewell being in charge of Crawley Town.

In fact, a number of former playing heroes are out there quietly learning their trade, including plenty you might not even realise had made the step into the hot seat.

It still seems utterly incredible that Friedel played in 310 successive Premier League games. After retiring at Spurs in 2015, the goalkeeper stepped into coaching with the US national youth teams in 2016.

At the end of the last MLS season, New England announced the appointment of Friedel after they missed out on the play-offs.

After six games of this season, his side are third after three wins and a draw, losing their opening game against Philadelphia Union after having both centre-backs sent off.

No surprise at all to see Brad Friedel doing well. Set the tone from day one in New England. And some questioning the clubs handling of so called “star player” Haha.

After short spells in charge of AC Milan in 2014 and Chinese club Shenzhen in 2016, Seedorf was appointed at relegation-threatened Deportivo La Coruna in February on a deal until the end of this season.

The former Milan midfielder picked up just three draws from his first eight matches in charge but consecutive wins have left Deportivo four points adrift of safety with five games left to play.

Once upon a time Xavier was only the fourth player to ever transfer from Everton to Liverpool during a nomadic career which also saw him play for Middlesbrough, LA Galaxy and everywhere in between.

When he retired, Xavier announced he was converting to Islam and combining humanitarian work for the United Nations with jobs in the American film industry.

After three short stints in charge of Portuguese clubs, Xavier is now manager of Mozambique, his country of birth.

His side missed out on qualification to the 2017 Africa Cup of Nations, finishing second in their group behind Ghana, though they will be aiming for qualification in 2019, with the competition expanded to 24 teams.

Part of the Leeds side that made the Champions League semi-finals in 2001, the Norwegian left England in 2006 after almost 200 games at Elland Road.

After four years at SK Brann, he returned to boyhood club Sogndal, where he retired in 2012, becoming manager three years later.

Having got them promoted to the top tier in his first season in charge, Bakke’s side were relegated last season, and they have drawn all three games so far this term.

Shevchenko actually quit football to run for a seat in Ukranian parliament in 2012, and after that went wrong he tried his hand at golf, competing in his first professional tournament in 2013.

During a stint as assistant coach for his national team, Ukraine were eliminated at the group stage of Euro 2016, after which the former Chelsea striker stepped up to the top job.

He failed to lead his side to the World Cup, however, finishing behind Iceland and Croatia in qualifying.

A short-lived spell in charge of Bastia in 2014 was Makelele’s only previous managerial job, though he spent time as assistant at PSG and Swansea, as well as a stint as Monaco’s technical director.

He took over at Eupen – owned by Aspire Academy – in November and has managed just four wins in 17.

His side finished second bottom but will remain in the top flight thanks to four goals in the last 20 minutes of their final game – which saw them stay up on goal difference.

It’s not over there as Eupen and the rest of the bottom half – apart from relegated Mechelen – join the third, fourth and fifth best teams in the second tier for a Europa League play-off round. After two games they are currently bottom of Group B.

What a thrilling finale! The two goals scored by "The Pandas" in the final 10 minutes were life-saving. Here's a look at the final standings at the end of the regular season. KAS Eupen's goal difference of -17, was one goal better than relegated Mechelen (-18) pic.twitter.com/E1LQMBcftP

Cannavaro is currently in his second spell in charge of China’s dominant club Guangzhou, having been suddenly replaced by Luis Felipe Scolari in 2015.

In his time away, he led Tianjin Quanjian to promotion before finishing third in the top flight – coming close to ending Guangzhou’s seven-year stronghold on the title.

He returned to the club in November, with the club’s owner saying: “Our target next year is to claim the club’s eighth successive title and the treble. We want to win the CSL, the AFC Champions League and the FA Cup.”

After four years as Ronald Koeman’s assistant at boyhood club Feyenoord, Van Bronckhorst stepped up to take charge in 2015.

He led the club to their first Eredivisie title in 18 years last season, also winning the cup in his first campaign.

They have struggled this term – though have a cup final to look forward to at the weekend – and also have a bizarre play-off situation to look forward to, with the teams finishing fourth to seventh playing for a place in the Europa League.