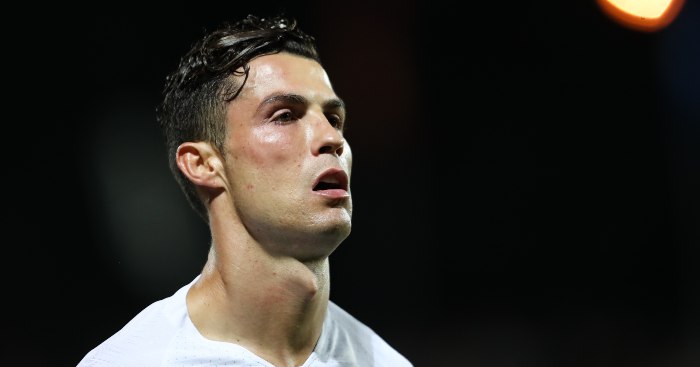 Cristiano Ronaldo was at it again on Tuesday night as the Juventus forward bagged four goals in Portugal’s 5-1 victory over Lithuania.

The victory saw Ronaldo break yet another record, with his status as one of the greatest players of all time long since cemented.

We’ve taken a look at eight ridiculous stats to come out after his latest bout of goalscoring genius.

– Following his four-goal haul against Lithuania, Ronaldo is now the top scorer in European Championship qualifiers with 25 goals in 31 appearances, two more than Robbie Keane.

– Ronaldo has now scored 54 hat-tricks for club and country throughout his career.

You can't blame this Lithuania fan for being on his knees for Cristiano Ronaldo. pic.twitter.com/xFeR4pffJ9

– Those 93 goals have come against 40 different countries.

– He is now just 16 goals short of the all-time international record which belongs to Ali Daei, who scored 109 goals in 149 caps for Iran.

– Ronaldo has now scored a total of 695 goals for club and country throughout his career while also registering 214 assists.

– If a player was to score 40 goals for the next 15 seasons, they would still be 95 goals short of Ronaldo’s record.