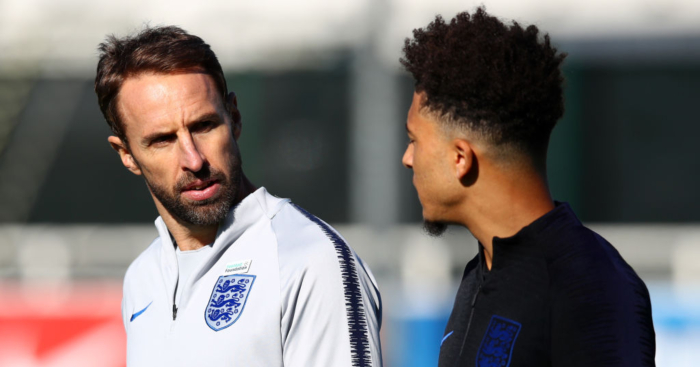 The second international break of the season is unlikely to have been welcomed by many club managers – but it does open the door for the likes of Tottenham, Wolves and Swansea City men to win their first caps.

European teams are back in Nations League action, while other nations have lined up friendlies to give managers the chance to test out new players who have been impressing for their clubs.

Here, we take a look at eight players who could make their international bows during the upcoming break.

Ndombele has been a revelation since arriving at Lyon. Initially joining on a €2million loan from second division side Amiens in August 2017, he made 54 appearances in his first season at Stade de Lyon and has since joined permanently for a further €8million.

The midfielder has made such an impression in Ligue 1 that Tottenham Hotspur and Manchester City are both reportedly keen on buying him, and he has now earned his first France call-up after an injury to Corentin Tolisso.

In a squad brimming with World Cup-winning talent, Ndombele will be hoping to get on the pitch in Les Bleus’ friendly against Iceland or their Nations League match with Germany.

There’s plenty of buzz around Sancho this season – and it’s not surprising to see why.

The 18-year-old joined Borussia Dortmund from Manchester City in 2017, following a reported disagreement with Citizens over his playing time.

This season, the forward has come into this own, providing the most assists (six, joint with AC Milan’s Suso) of any player in the top five leagues in Europe.

He joins up with the England squad alongside Mason Mount, James Maddison and Lewis Dunk, who are also yet to earn an international cap.

What a week he's had earning his first senior England call-up 🙌 pic.twitter.com/HCcFP0S7i7

Tottenham signed Foyth on a five-year contract last summer and there’s a lot of expectation surrounding the defender.

Foyth is something of a surprise call-up to the Argentina squad, having failed to appear for Spurs in the Premier League, with his appearances so far limited to cup competitions.

The 20-year-old will be in the Argentina squad with other potential debutants Rodrigo De Paul and Guido Herrera.

The brilliantly-named Jonny Castro signed for Atletico Madrid over the summer on a six-year contract and was immediately sent on loan to Wolves following their sale of Barry Douglas.

The 24-year-old has been an ever-present in the Premier League to date and even registered a goal in Wolves’ win over Southampton.

His performances for Wolves have now earned him a spot in the Spain squad, with new boss Luis Enrique keen to shake things up following their disappointing World Cup campaign.

Schalke forward Uth is a latecomer to the international scene and could make his first appearance for Germany at the age of 27.

Uth scored 17 goals in all competitions for Hoffenheim last term but has yet to open his account since joining Schalke on a free transfer. Joachim Löw, however, remains intrigued by the player.

“We’ve been keeping an eye on Mark Uth for some time,” the Germany coach told Fox. “He’s dynamic, quick and he always looks dangerous in front of goal. Now we want to get to know him better.”

Part of the Portuguese contingent at Wolves, Costa became the club’s most expensive ever player when he joined in a permanent £13million deal in January 2017 after impressing on loan from Benfica.

The right winger has made nine appearances in all competitions, scoring against Sheffield Wednesday in the League Cup.

Costa, 24, has represented his country at various youth levels and could now make his senior bow against Poland or Scotland.

Another late bloomer, Tonelli has earned his first call-up to the Italy squad at the age of 28.

The centre-back played only nine times for Napoli in the past two seasons but scored three goals in that time.

Having joined Sampdoria on a season-long loan, Tonelli has already scored once in five appearances and replaces the injured Alessio Romagnoli in Roberto Mancini’s squad.

Thanks to his ability on the ball, Rodon has earned comparisons to Manchester City’s John Stones.

The 20-year-old centre-back has broken into Swansea City’s first team this season and has been rewarded with a call-up to Ryan Giggs’ Wales squad as a replacement for Paul Dummett.

And the call-up will finally give Rodon the chance to play alongside former Swansea skipper Ashley Williams.

“Ash was an exceptional leader of this club,” he told the BBC. “I was a youngster coming through the ranks then.

“I didn’t get much of an opportunity to play alongside him, but I looked up to him and he’s been great for Wales. It will be nice to train with him.”