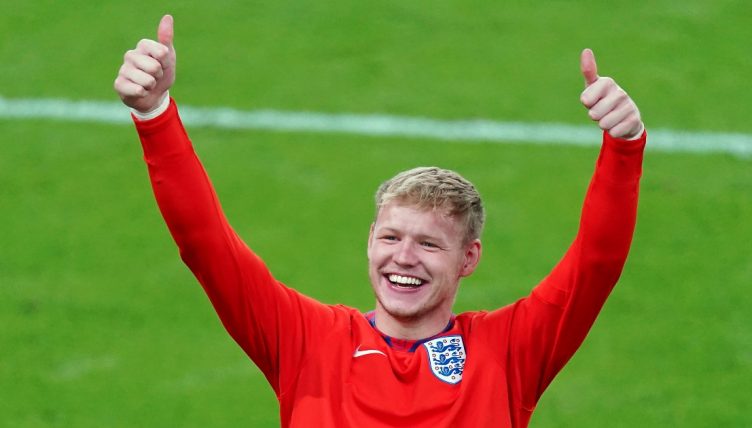 The international window is upon us and a new batch of rising stars are set to be given their debuts for their respective national teams.

We’re well and truly into the swing of the 2021-22 season and there’s a fair few individuals that have started well enough to get the call-up to play on the international stage.

Here are eight to look out for over the next 10 days.

Ramsdale has been called up on several occasions, including to replace the injured Dean Henderson to play back-up during England’s run to the Euro 2020 final, but he’s yet to play.

In spite of suffering back-to-back relegations with Bournemouth and Sheffield United, the 23-year-old goalkeeper has not only impressed the Three Lions hierarchy (having made over 30 appearances at youth level), but has also evidently done enough to catch the eye of Arsenal scouts.

Many questioned the Gunners’ wisdom in bringing Ramsdale in this summer, but he’s started life in north London in superb form, conceding just one goal in five appearances so far.

Given that, and the extra notoriety that comes with representing Arsenal, don’t be surprised if Gareth Southgate gives him the nod against Andorra or Hungary.

Released by West Ham’s academy at the age of 16, Thomas then worked his way up, playing non-league football with Boreham Wood, where he remained as recently as January 2021.

Huddersfield fans will tell you they’ve unearthed an absolute gem in the winger, who’s started the 2021-22 season for Carlos Corberan’s playoff-chasing Terriers like a house on fire, topping the Championship assists chart with six in 11 appearances so far. That hasn’t escaped the attention of Wales boss Robert Page, who has called him up in place of the injured talisman Gareth Bale.

“Dream has become a reality,” Thomas posted on Twitter after the latest squad announcement.

🤩 Your #htafc Goal of the Month for August!

Republic of Ireland manager Stephen Kenny used to coach the Under-21s and has been keen to bed in the next generation of Irish talent, with Gavin Bazunu, Andrew Omobamidele, Adam Idah, Troy Parrott and Aaron Connolly – all 21 or under – looking a major part of his plans going forward.

20-year-old defender centre-back Collins looks the next in line. Burnley’s summer signing from Stoke looks unlikely to usurp James Tarkowski or Ben Mee anytime soon, but he kept a clean sheet against Norwich on his Premier League debut at the weekend.

Leeds United’s electric Brazilian winger received his first Selecao call-up in September, but international quarantine regulations caused a major stink back in South America and meant Raphinha had to remain in West Yorkshire.

The rules have been relaxed this time, meaning that the 24-year-old is free to link up with Tite’s squad. Brazil have got Venezuela, Colombia and Uruguay coming up and Raphinha will be licking his lips at the prospect of turning their defenders inside-out, as Gary Cahill will testify… 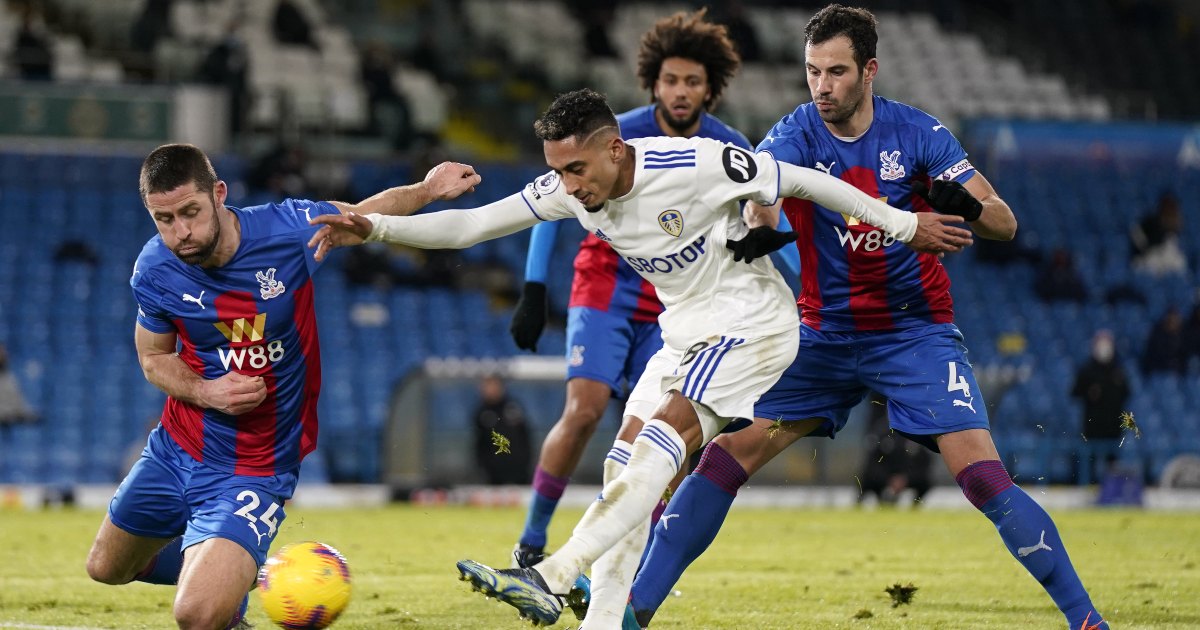 Villarreal academy graduate Yeremi is only 18, but he’s already become a major player under the tutelage of Unai Emery. He made 24 appearances La Liga during his breakthrough season last term and was even entrusted to start their Europa League final victory over Manchester United.

Having played almost every minute for the Yellow Submarine so far this season, Luis Enrique believes the time is right for his first Spain call-up after his years of representing La Roja from the Under-16s to the Under-21s. One to watch.

Yeremi isn’t the only teenage talent to keep an eye on in Luis Enrique’s latest Spain squad.

Barcelona’s La Masia starlet Gavi caught the eye in pre-season and has enjoyed a meteoric rise in the last few months, culminating in his La Liga debut and being handed the No.9 shirt – as previously worn by the likes of Fernando Torres, Fernando Morientes and Pep Guardiola. 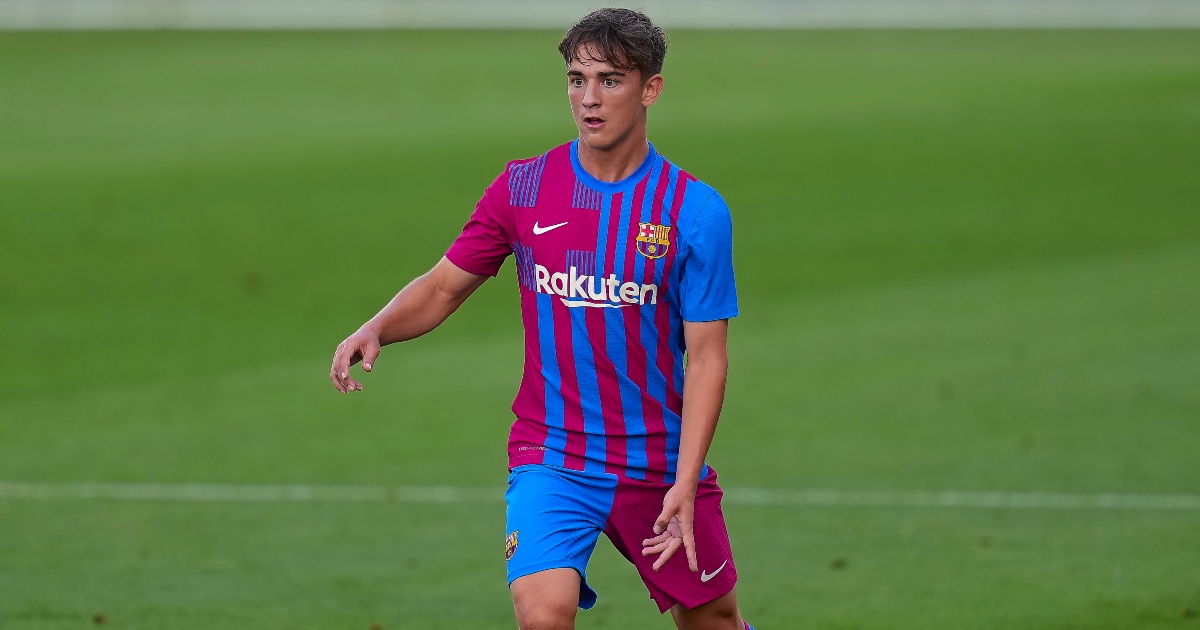 READ: Gavi & a delicate touch that showed he could well be Barcelona’s new Xavi

It’s nearly five years since Guendouzi made his Ligue 1 debut for Lorient, and over three since he moved to Arsenal, but he might finally be set to make his international debut while shining on loan at Jorge Sampaoli’s Marseille.

Don’t hold your breath, though: Didier Deschamps gave him the call two years ago but he never made it onto the pitch.

Strongly linked with Leeds United over the summer, they instead moved for Daniel James and Lang ended up staying put at Club Brugge.

It might well be the best place for him. The former Ajax winger was named man of the match as Brugge drew 1-1 with PSG – a game that featured Lionel Messi, Kylian Mbappe and Neymar, no less – and his irresistible early season form has meant he’s been impossible to ignore for Netherlands boss Louis van Gaal.

Don’t be surprised if he rips it up in Oranje and moves to a big club next summer.

All you need to know about ex-Ajax wild child Noa Lang, targeted by Leeds