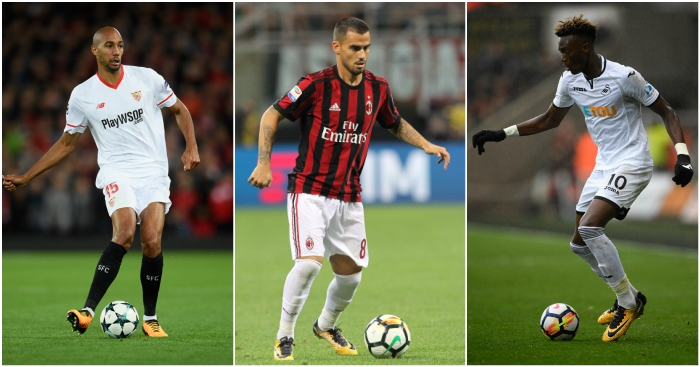 Two Chelsea youngsters and former Liverpool and Stoke City players are among those who could win their first international caps over the coming weeks.

Top-flight football takes a breather this week as players jet around the world for their international sides.

But the break does throw up some interesting sub-plots, and we’ve taken a look at eight players who could make their international bows.

Despite helping Sevilla win the Europa League and being linked with big-money moves to Arsenal, Chelsea and Juventus, N’Zonzi has only just earned his first call-up to the France squad.

Sam Allardyce had previously hoped to call the midfielder up to his one and only England squad, while the 28-year-old has also rejected the chance to represent DR Congo seven times over the past decade.

The former Stoke man will compete with the likes of Blaise Matuidi, Adrien Rabiot, Moussa Sissoko and Corentin Tolisso for a place in midfield against Wales and Germany.

“I feel like I am ready,” Abraham recently told the press after earning his first call-up to Gareth Southgate’s senior squad.

Nigeria hoped to persuade the 20-year-old to pledge allegiance to the Super Eagles, but the striker insists his heart is set on playing for the Three Lions.

Abraham has scored over half of Swansea’s Premier League goals while on loan from Chelsea, and the withdrawal of Harry Kane has improved his chances of a first cap against either Germany or Brazil. 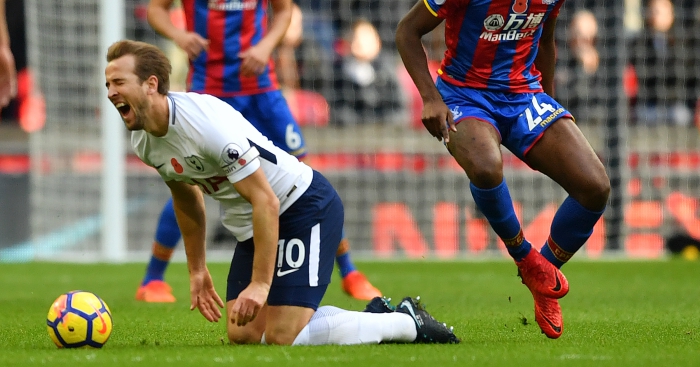 READ: Which English players have made the most appearances since Euro 2016?

Halstenberg did not make his top-flight debut in Germany until the age of 25. At the age of 26, he is on the verge of making his debut for the world champions.

The left-back failed to make the grade at Borussia Dortmund before spending a couple of years with cult outfit St Pauli.

A former protégé of Huddersfield boss David Wagner, Halstenberg is now a mainstay of the RB Leipzig side and could gatecrash Jogi Low’s squad for the 2018 World Cup.

Liverpool fans can probably be forgiven for looking at Spain’s squad with raised eyebrows given it contains not one, not two, but three Anfield rejects in Suso, Luis Alberto and Iago Aspas.

AC Milan may have splashed the cash over the summer, but one of their most impressive performers this season so far has been Suso, who has contributed six goals and three assists in all competitions.

Suso is one of four Serie A players with at least 5 goals and 3 assists this season so far (Immobile, Quagliarella and Higuain). pic.twitter.com/xoq2vrYa8q

Lo Celso is something of a surprise call-up to the Argentina squad to face Russia and Nigeria given he has started just one Ligue 1 match for PSG.

However, the 21-year-old attacker is exciting plenty of people with his cameos off the bench, with former France international Luis Fernandez recently saying: “There is something about this boy.”

We highlighted Bruma this summer after the winger became the latest hot property to join RB Leipzig, despite interest from Manchester United and Tottenham.

The 23-year-old has been called in Portugal’s senior squad in the past but is yet to make it onto the pitch.

Should he do so during this break you can look forward to the possibility of a spectacular goal.

Last season Brendan Rodgers described McGregor as “priceless” to Celtic, but departed Scotland manager Gordon Strachan could not find a way to fit the midfielder into his side.

Coming off the back of a goal against Bayern Munich in the Champions League and with Strachan now gone, McGregor is in line to start against the Netherlands and believes he has proved his critics wrong.

“I think there have always been people who have looked at Champions League games or other big matches and wondered whether I was at that level and whether or not I could cope on that kind of stage,” he said. “I feel I have answered that now.”

Ampadou recently found himself in the spotlight as he took a place among Chelsea’s substitutes against Manchester United while David Luiz sat in the stands.

The 17-year-old joined Chelsea earlier this year in a controversial move from Exeter after impressing against the Blues in the Checkatrade Trophy.

Able to play in midfield or defence, Ampadou made his senior debut at Exeter aged just 15 and his career shows no signs of slowing down.

Can you name the 30 players with the most sub Premier League appearances?