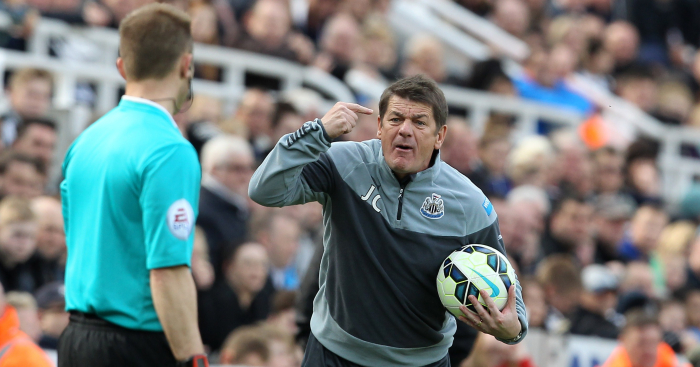 A manager leaving his role mid-season often presents an opportunity for a member of the backroom staff to step into the limelight – and in some cases that person gets to do it time and time again.

Caretaker managers have a curious role, with some intent on impressing to get the role on a permanent basis and others eager to return to the background upon the appointment of a new manager.

We’ve taken a look at eight coaches who have become some of the most regular caretaker bosses in English football.

Thrust back into the spotlight as temporary boss following the cabbage-led sacking of Steve Bruce, MacDonald has been appointed caretaker boss of the Midlands outfit for the third time in eight years.

His first spell involved a 6-0 defeat to Newcastle United, although he still expressed a desire to be considered for the job on a full-time basis. Unsurprisingly, Villa opted for a different candidate in Gerard Houllier.

MacDonald had actually been caretaker at Leicester 16 years previously for a brief three-week spell in 1994.

Perhaps the ultimate caretaker manager. Parkes spent 12 years as a player at Blackburn Rovers before retiring and joining their coaching staff.

In the following 20 years at Ewood Park, Parkes was installed as caretaker manager on no less than six occasions. The first time he took the reins in December 1986, his final spell came in September 2004.

After the appointment of Mark Hughes ended his last temporary period in charge of the team, Parkes was unceremoniously sacked by the club – but he wasn’t finished there.

The veteran coach moved to Blackpool as Simon Grayson’s assistant manager, only to step up for a seventh and final time when his boss moved on to Leeds United.

Speaking of Grayson and Leeds, when the manager was sacked by the Whites in 2012, Redfearn stepped up to keep the dugout warm until the Neil Warnock’s appointment.

It was already Redfearn’s fourth spell as a caretaker boss, having assumed the role twice at Halifax and once at York.

He took the role at Elland Road again a year later when Warnock was given the boot, but his initial spells were, at best, mixed.

Given the turbulent nature of Leeds in recent years, Redfearn had a third crack of the whip following the inevitable sacking of Dave Hockaday. This time results were much more popular, but he still missed out on the full-time gig to Darko Milanic.

Finally, once Milanic was swiftly sent his P45, Redfearn’s patience was rewarded with the job on a permanent basis.

Well, as permanent as any managerial appointment can be at Elland Road. He last until the end of the season.

“I’m the best coach in the Premier League.”

As far as statements go, Carver was pretty bold in his estimations of his own prowess in 2015, despite having taken just nine points from a possible 48 as caretaker boss of Newcastle United in a spell which he also accused his own player, Mike Williamson, of being sent off on purpose.

A final-day victory over West Ham ensured the Magpies avoided relegation by the skin of their teeth and brought an end to Carver’s second spell as caretaker boss at St James’ Park – he took charge of one game in 2004, a 3-0 win over Blackburn.

In between those two spells, he had also been caretaker at Leeds, which started brightly with a 3-2 win over Birmingham City and ended with a 5-1 defeat at Luton Town. The Whites were ultimately relegated from the Championship that season.

Likewise, he presided over two losses in three matches in charge of Sheffield United in 2010-11, a season which also ended in relegation to League One.

Like Parkes at Blackburn, Curtis has devoted a huge portion of his life to Swansea City, having played for the club in three separate spells before going on to serve in a variety of roles including community officer, youth coach, first-team coach, assistant manager, match-day host and head of youth development.

After stepping down from direct involvement with the first team to become loan-player manager in January 2017, Curtis is now back as Graham Potter’s assistant.

“Nobody knows the football club better than him,” Potter said. We’re not f*cking surprised.

A manager in his own right for 26 years at the likes of Tottenham, Leicester and Sheffield Wednesday, Pleat ended his career with three spells as Spurs’ caretaker boss.

He had moved upstairs at White Hart Lane in 1998, only to find himself back in the hotseat, the last spell of which saw him take charge of the majority of the 2003-04 campaign following the sacking of Glenn Hoddle.

Has there ever been a person with a name more suited to being a serial caretaker manager of Football League clubs (twice at Bristol City, three times at Crystal Palace, one at MK Dons) than Keith Millen?

Gray bucks the trend in that he has spread his seven temporary roles out between seven different clubs – Aston Villa, Wolves, Burnley, Portsmouth, Sheffield Wednesday and Fulham. He was even appointed as the assistant to a caretaker manager at Crystal Palace under Kit Symons.

It actually sounds like quite a nice way to see the country.