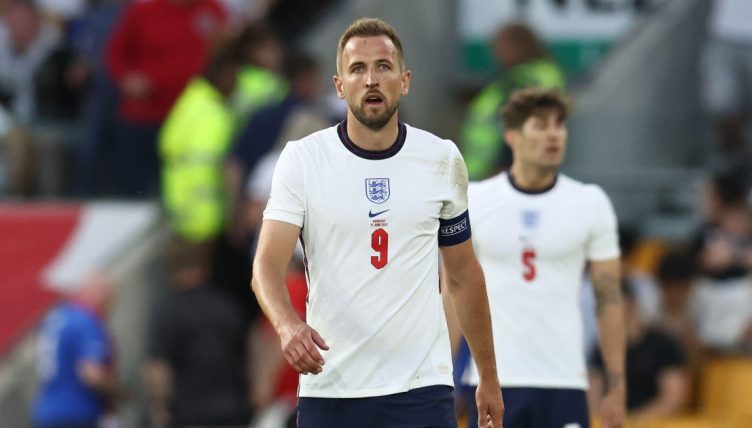 England suffered an embarrassing 4-0 to Hungary in the UEFA Nations League on a night to forget for Gareth Southgate’s side.

The Three Lions had already lost 1-0 to Hungary earlier this month before drawing against Germany and Italy. They were expected to beat Hungary at home but a brace from Roland Sallai and late goals from Zsolt Nagy and Daniel Gazdag rooted England to the bottom of Group A3.

Southgate was greeted by boos and chants of, “you don’t know what you’re doing” and the players were booed off the pitch at Molineux.

“We picked a young team with energy and when the game started to go against them, it started to look that way. That’s my responsibility in the end,” Southgate told Channel 4 after the game.

“I said to the players, our four matches is my responsibility. I have to balance looking at new players, rest players. We couldn’t keep flogging out our experienced players.

“It was an important experience for lots of young players in these games. We’ve learned a lot in [the] Germany and Italy games. Hungary are a good side and we knew that. I gave them too much to do tonight.”

We’ve taken a look at 13 of the most shocking stats after the defeat.

– The 4-0 loss at the Molineux Stadium is England’s biggest home defeat since a 5-1 defeat to Scotland in March 1928.

– They conceded four goals in a home game for the first time since a 6-3 defeat to the same opponents in November 1953.

– England lost a home game by four or more goals without scoring any goals in reply for the first time in their history.

– After going 60 years without a defeat to Hungary, England have now lost twice against them in the space of 10 days.

– In the last 20 years, Hungary have beaten seven countries by four or more goals. They are San Marino, Lithuania, Andorra, Estonia, Iceland, Malta and now England.

– The Three Lions have gone four games without a win for the first in Southgate’s tenure.

– John Stones was sent off against Hungary and no country has received more UEFA Nations League red cards than England (4).

– During the first four games of the 2022-23 edition of the UEFA Nations League, England got as many red cards (1) as goals scored.

– Southgate’s side have had a total of just six shots on target during the recent home games against Italy and Hungary.

– Only San Marino (0) have scored fewer goals than England in the current UEFA Nations League campaign. Alongside England, Gibraltar, Liechtenstein, Lithuania and Romania have also scored one goal.

– England have now gone 360 minutes without scoring a goal from open play. Tyrone Mings’ effort against Ivory Coast in March was their last open play goal.

Can you name England’s XI from the 2-0 win over Scotland at Euro 96?