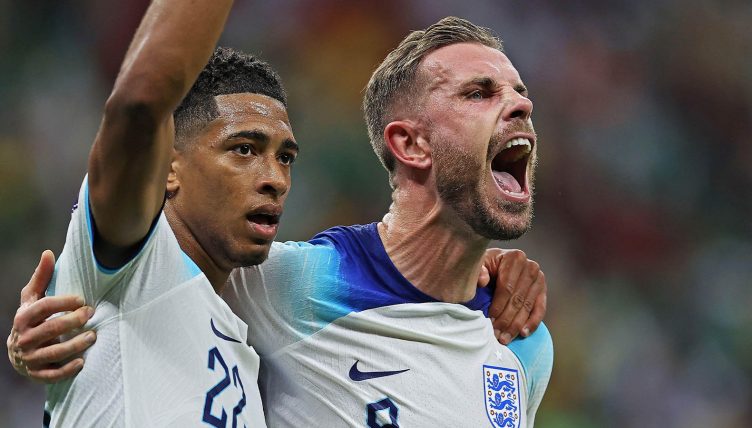 England have had a turbulent few decades in major tournaments to say the least. From European finals to being knocked out at the very first hurdle.

As a nation, England have become accustomed to major tournament heartache, but in recent years there have been plenty of positive results to shout about.

We’ve rounded up all of England’s knockout results since 1998 and ranked them from worst to best. 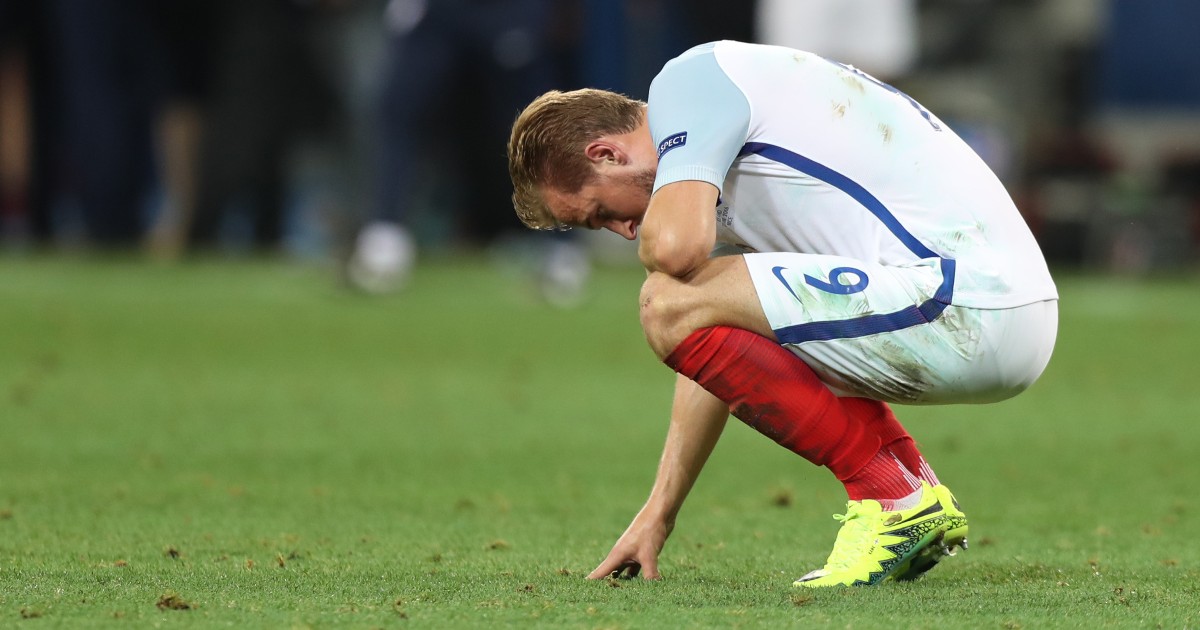 We’ll never know if this game would have turned out any differently had Frank Lampard’s ghost goal stood. Ultimately Germany absolutely wiped the floor with England in South Africa.

Thomas Muller and Lukas Podolski will still be giving David James nightmares to this day. The entire tournament hadn’t been great from England’s point of view and they went out with a whimper.

The performance was pretty naff and let’s not forget Andrea Pirlo humiliating Joe Hart with a panenka.

A game which will forever be infamous for the Cristiano Ronaldo wink.

England and penalty heartache goes hand in hand, but the fact that they missed three out of the four penalties really takes the biscuit.

The entire nation collectively lost their minds when Kieran Trippier put England 1-0 ahead in a World Cup semi-final. Gareth Southgate’s side had a fairly kind run in 2018, but Croatia proved to be a stern test.

Ivan Perisic and Mario Mandzukic completed a dramatic comeback and this one still feels like a missed opportunity.

If only David Seaman had stayed on his line.

17 years ago #OnThisDay , everyone was asking, did 🇧🇷@10Ronaldinho mean it 🤔

After seeing the player he became, are there still any doubters? 🤙 pic.twitter.com/RYZ3RDqvXU

With a place in the semi-finals up for grabs, the stakes were huge when England met Portugal in Euro 2004. The game had a little bit of everything too from crunching tackles to disallowed goals.

Wayne Rooney being forced off with an injury hampered England’s chances as penalty heartache was in store for Sven-Goran Eriksson’s side.

David Beckham’s second-half free-kick gave everyone the belief in 2006 that England’s golden generation could go all the way in Germany. The result was positive but ultimately overshadowed by what was to come.

🎯 Is Becks the best exponent of the curling free-kick you've ever seen? pic.twitter.com/9msIs4amT8

Michael Owen scored England’s best-ever World Cup goal against Argentina with a sublime run from the halfway line. The hype around Owen at the time was immense for a teenager.

The game itself was a cracker, but ultimately has penalty heartache attached to it.

Everything seemed destined for England to win a trophy in 2020. After the process made by Southgate’s side in 2018 and the fact that the final was held at Wembley itself.

Luke Shaw made an entire nation dream when he put England 1-0 up inside two minutes. Jordan Pickford even produced the heroics in the penalty shootout to deny Jorginho, but it just wasn’t meant to be.

Can't get enough Pickford telling himself "no problem" out loud before a must-save penalty that he then pulls off. pic.twitter.com/NuahmKYGIY

The entire nation felt as if England were on the cusp of something in 2018 and a disconcertingly routine 2-0 win over Sweden made everyone stop and dream.

Harry Maguire was on fire in 2018 and his thumping header set England off on the perfect track. Dele Alli wrapped things up in the second half, but it is worth remembering just how good Pickford was throughout this one.

England made light work of a tired Ukraine in the quarter-finals as Southgate’s side recorded a memorable victory. Harry Kane, Jordan Henderson and Maguire were all on target for England on the night.

Everyone thought that 2002 could have been England’s year and a thumping 3-0 win in the round of 16 only intensified those thoughts of going all the way.

It’s just a shame that Brazil stood in England’s way next.

As the most recent entry onto the list we have England’s prolific 3-0 victory over AFCON champions Senegal. The game did have its nervy points in the first half, but eventually England showcased their class.

Jude Bellingham stole the show by running the game from midfield. It’s scary to think just how good the 19-year-old could go on to become with him already showcasing his worth on the biggest stage possible. 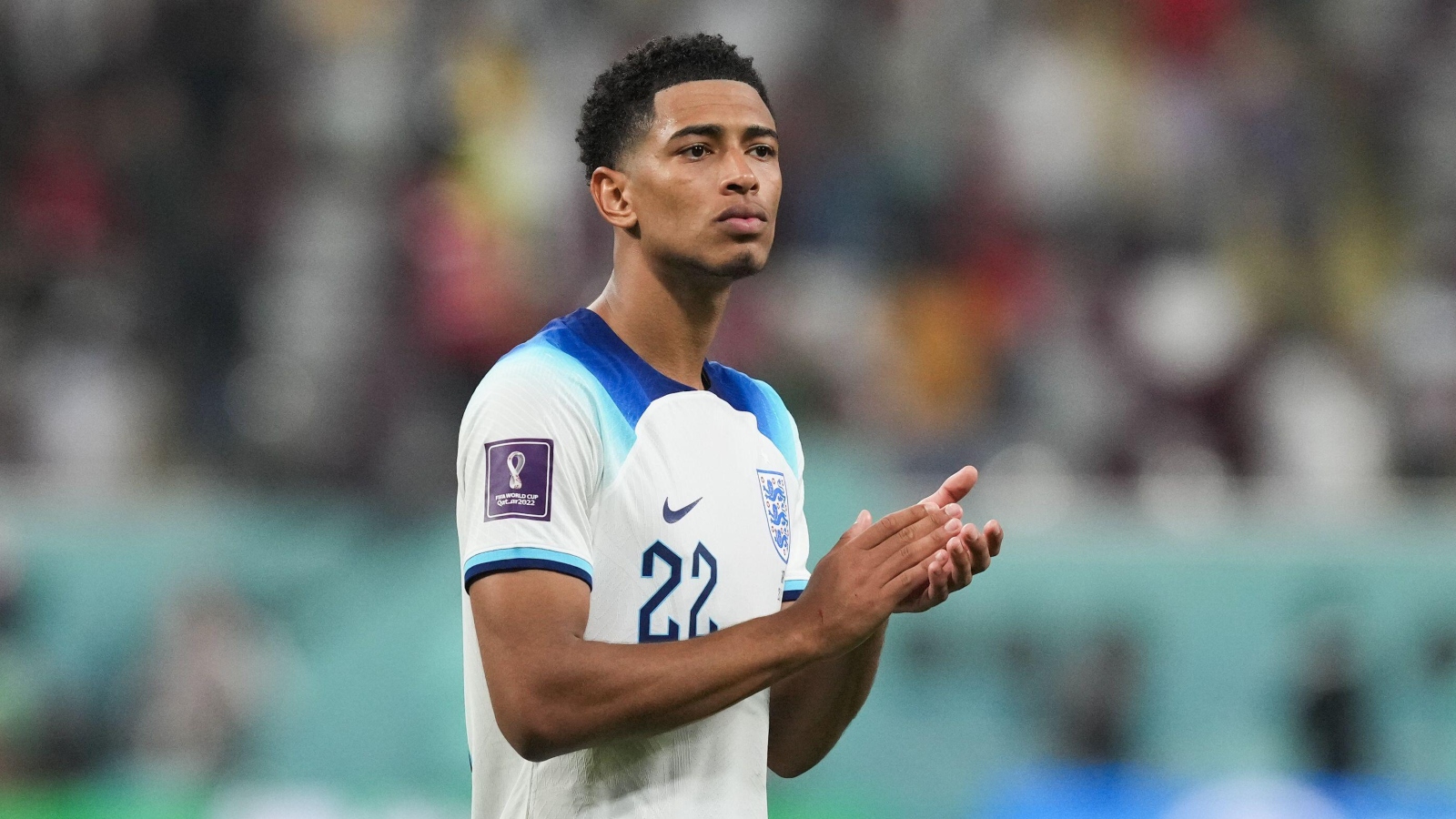 READ: Bellingham next? The 4 World Cup stars Real Madrid have signed since 2002

England beating Denmark to claim a spot in the Euro 2020 final will long be remembered. The fact that Southgate’s side had to come from behind to see off the Danes was even sweeter.

With the game level after 90 minutes, Kane stepped up in extra time and produced when it mattered. Everyone’s hearts collectively sank when Kasper Schmeichel saved his penalty, only for Kane to score from the rebound – sending the Three Lions to a first major final in over half a century.

Having been on the receiving end of plenty of penalty shootout failures, it was nice to know the feeling of winning one.

England thought they had this one in the bag until Colombia’s Yerry Mina popped up with a 94th-minute equaliser to send it to extra time and then a penalty shootout.

Eric Dier struck the winning penalty and the rest is history.

This has to go down as England’s finest knockout result since 1998. Taking into consideration the narrative surrounding this game, the level of opposition and what was actually on the line and it’s a clear winner.

Germany had haunted England in plenty of previous tournaments, but they managed to get their revenge in the sweetest way possible.

The fact that this one was at Wembley just puts the cherry on top.