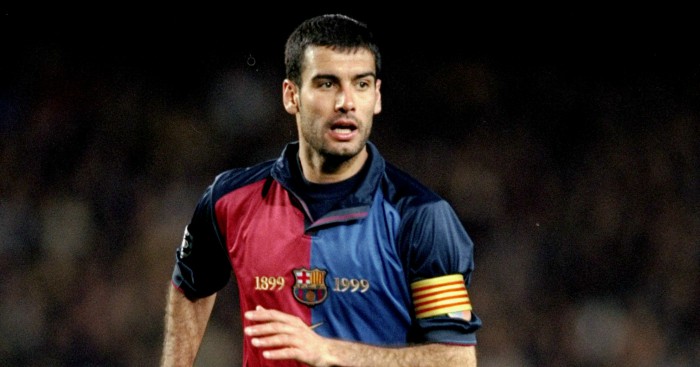 Chelsea, Manchester City and Tottenham‘s managers are among those in England to have enjoyed illustrious playing careers – but an Indian Super League Manager XI would take some beating.

When it comes to the quality of its players, the Indian Super League clearly can’t compete with English football. Though it is undoubtedly making progress, it’s unlikely the ISL will be poaching Europe’s best players anytime soon.

However, the league certainly hasn’t struggled to attract high-profile names at the end of their playing career. In fact, so many legends have pitched up in India that it got us thinking: could an all-time Indian Super League Manager XI beat an XI of managers currently in the Premier League and Football League?

The England team is not spoilt for choice in the goalkeeping department. It ended up being a straight shootout between Hull manager Nigel Adkins and Wolves boss Nuno Espirito Santo.

Nuno undoubtedly has a more illustrious CV – including stints at Deportivo La Coruña, Porto and Dynamo Moscow – but his playing time was limited, whereas Adkins made well over 300 league appearances – including long spells at Tranmere and Wigan – so gets the nod.

The ISL team, meanwhile, has an obvious choice in David James. Despite his nickname, Calamity James, he enjoyed a long and distinguished playing career.

The Kerala Blasters manager sits second on the Premier League all-time clean sheet table and fourth on the appearance table. Whatever way you look at it, that’s pretty impressive. 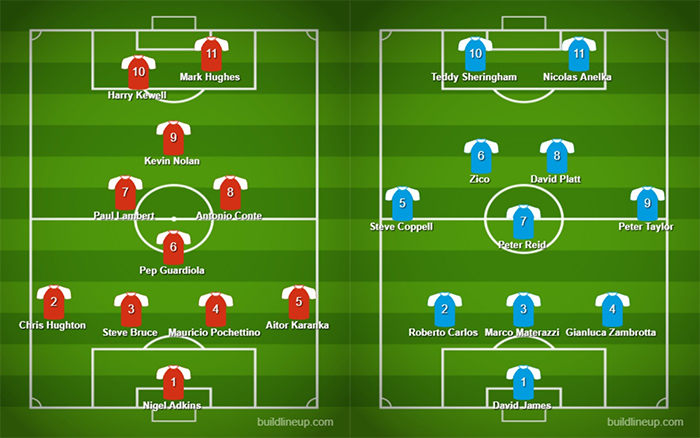 For the England XI, Steve Bruce wins his first cap (sort of). The Villa boss partnering Mauricio Pochettino at centre-back seemed a no-brainer – particularly as the latter played at the 2002 World Cup – and there’s a lovely balance between the brawn of Bruce and the grace of Poch. We’ve given Brucey the armband as well.

Chris Hughton, being a Tottenham legend and established Republic of Ireland international, walks into our team at left-back, while we have shoe-horned in Nottingham Forest boss Aitor Karanka at right-back.

The Spaniard plied his trade mainly in central defence – predominantly with Athletic Bilbao and Real Madrid – but was occasionally used at full-back, so he makes the cut.

The lack of defenders in the Indian Super League has forced us into playing two full-backs in a three-man defence – but all three of them won the World Cup.

Marco Materazzi, former Chennaiyin manager, is our main centre-back. This team will not be afraid to use agitation and subterfuge to get the better of England’s team, so MM skippers the side.

And though Roberto Carlos and Gianluca Zambrotta are strictly-speaking full-backs, let’s be honest, they’ll still do a job at centre-back. Carlos and Zambrotta have both managed the Dehli Dynamos, the former being our set-piece specialist.

The three of them won 264 international caps between them, and if bets were being taken on this game by a live cricket and football betting site in India, we’d be backing goals and lots of them. 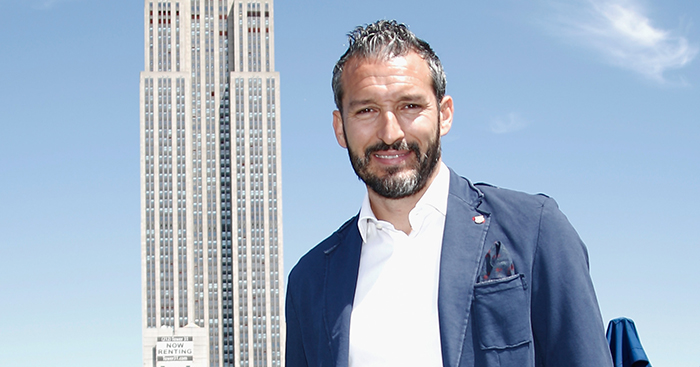 READ: How Gianluca Zambrotta is taking the long way round to managerial success

We really like the look of the England Managers’ midfield.

Pep Guardiola is considered one of the best managers in the world – and his playing career was almost as impressive. Over 400 appearances for Barcelona and Spain combined earns him a place at the base of our diamond.

There are two Champions League winners sitting in front of Pep. Antonio Conte captained Juventus in their 1996 triumph, while Stoke boss Paul Lambert bagged himself an assist for Borussia Dortmund’s triumph in the final one year later, curiously against Conte’s Juventus (though the Italian was not involved in the final).

At the tip of our diamond is Notts County manager Kevin Nolan. His Premier League goalscoring record for Bolton, Newcastle and West Ham – particularly in his younger years – makes him well worthy of a spot in our team.

Plus, he could annoy the Indian team with his celebration.

Steve Coppell – manager of the famous Jamshedpur FC – slots in nicely at left-wing. More commonly regarded as a right-winger, a record 53 goals for 322 league matches for Manchester United and 42 England caps to boot meant we had to squeeze him in.

Peter Taylor, a Kerala Blasters manager of the past, is our right winger. The journeyman boss has managed from Bradford to Bahrain and everything in-between. His playing days saw a number of successful years at Crystal Palace and Tottenham, as well as a handful of caps for England.

Our midfield hatchet-man is Peter Reid. The ex-Mumbai City manager was PFA Player of the Year in 1985 and was the linchpin of the hugely successful Everton side of the mid-1980s.

Ahead of him is David Platt, who will be the midfield general of this Indian Super League outfit. The former Pune City manager will bring plenty of goals to the side, like he did for England 27 times in 62 appearances.

Finally, we have Zico. Regarded as one of the best players ever, Zico is perhaps best known for guiding FC Goa to the Indian Super League final in 2015.

Playing just behind the striker for England is Harry Kewell, currently in charge of Crawley Town.

The Australian was voted his country’s greatest ever footballer in 2012 by players, fans and the media. His 45 goals in 181 league appearances for Leeds United makes him good value for his place.

Our final selection is another shoo-in: new Southampton boss Mark Hughes. The Welshman enjoyed an illustrious career – taking him to Manchester United, Barcelona, Bayern Munich and Chelsea – scoring 116 goals in 352 appearances in his second spell with the Red Devils.

Teddy Sheringham scored goals pretty much everywhere he went, and the ex-Atlético de Kolkata (yes, that is their name) manager will look to replicate his 1999 Champions League final heroics on the biggest stage of all.

Having held the illustrious title of player-manager of Mumbai City in 2015, Nicolas Anelka walks into our side to partner Sheringham up front.