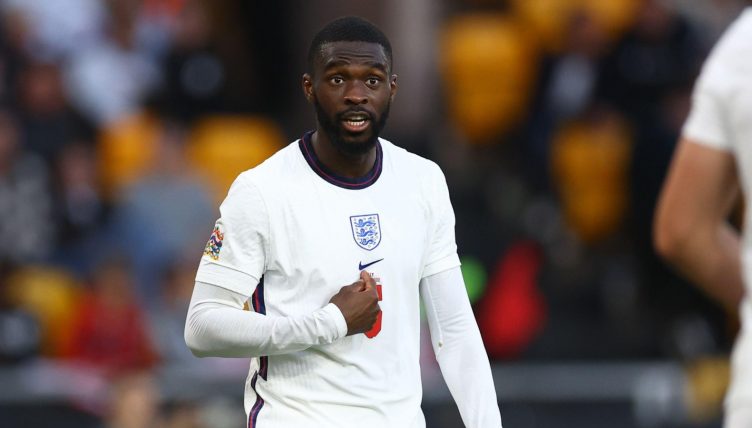 Gareth Southgate whittled down the many quality candidates for England’s World Cup squad down to a 26-man squad. Given how they came racing out of the traps in Qatar, few are quibbling with the manager’s squad selections now, but some very decent players missed out.

England are the now joint-second favourites with the bookmakers to win the 2022 World Cup after reaching the semi-finals last time out. To underline the healthy state the English game is in, you only have to look at some of the brilliant footballers that have been left at home.

Here’s an XI of quality players that didn’t make it into England’s squad for Qatar 2022, arranged in a 4-3-3 formation.

It’s easy to forget now that Henderson was named ahead of Aaron Ramsdale for the Euro 2020 squad, and that didn’t seem massively controversial at the time. He had to withdraw due to a hip problem and was subsequently left fuming by his lack of opportunities at Old Trafford last term.

But back between the sticks, Henderson is reminding us he’s a pretty handy shot-stopper. The Manchester United loanee has conceded a lot of goals at Nottingham Forest this season, but he’s also made a fair few saves – only David Raya, Jordan Pickford and Bernd Leno have registered more in the Premier League in 2022-23 so far.

The Chelsea man would’ve been a surefire inclusion, which is no mean feat given how stacked Southgate’s options are at right-back. James reportedly fought tooth and nail to regain fitness in time for Qatar, but it wasn’t to be.

He’s one of seven players from England’s Euro 2020 squad last summer to miss out at the World Cup – but still just 22 years of age, we’re absolutely certain we’ll be seeing James represent the Three Lions in many more future tournaments. 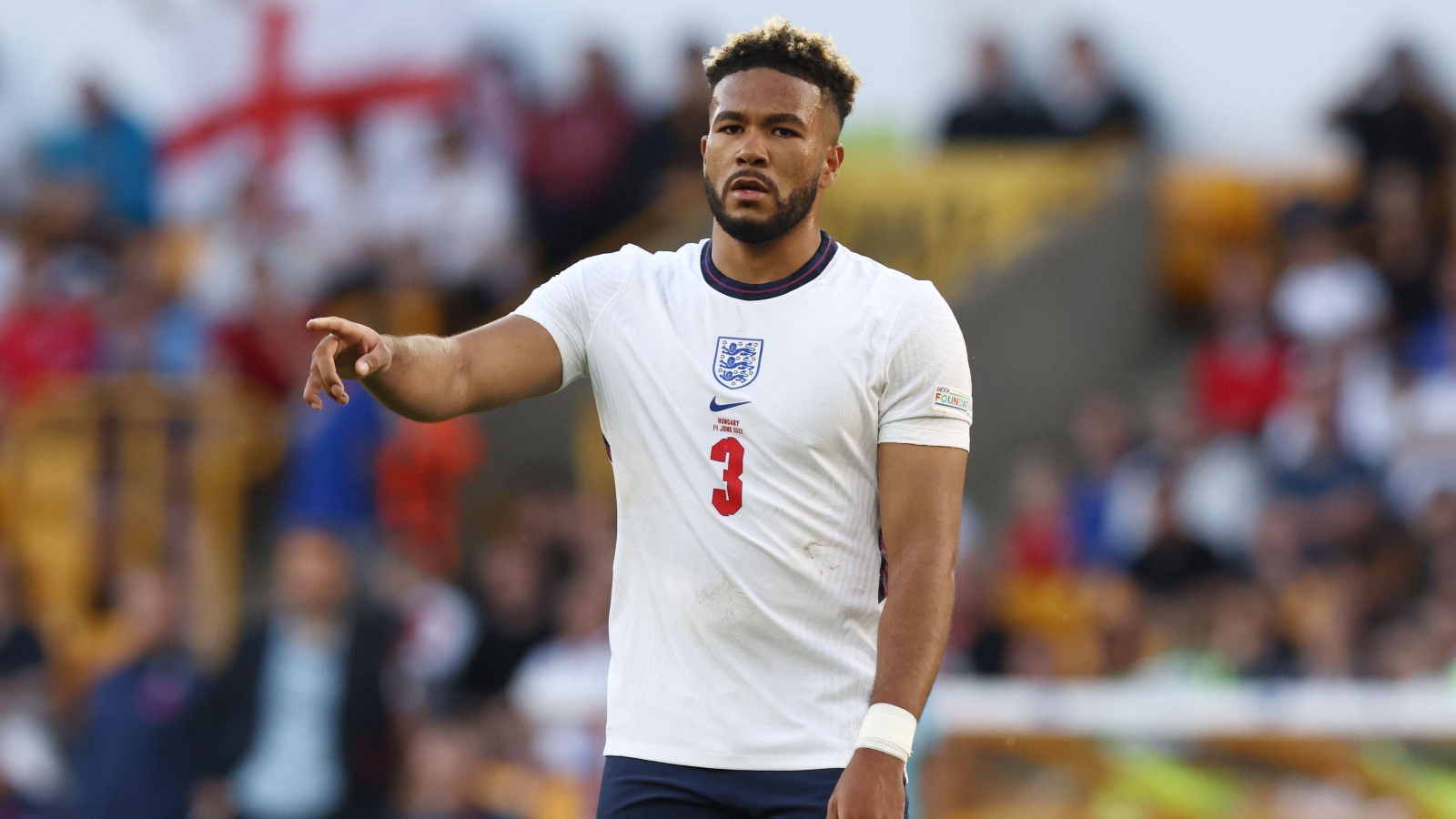 Arguably the most controversial omission by Southgate – Tomori hasn’t been in brilliant form this season but he was absolutely stellar as AC Milan ended their decade-long wait for the Scudetto last term.

The centre-back might’ve been at the World Cup regardless, had he not made his England debut back in November 2019. Tomori was born in Calgary and represented Canada at Under-20 level. Penny for his thoughts as he watches on from home this winter.

“I still have a massive appetite to go [to another World Cup] and every time there is a squad call-up I am disappointed, even though I have been out of the picture for quite a while,” Smalling told The Independent.

“There is still that disappointment every time. I feel like I can offer a lot and I want to offer a lot. I want to be there. When you are always getting called up and playing, the danger is you take it for granted. Now I reflect ever more how great it is to get that call-up and go away with England.”

He’s something of a forgotten man, having not been capped in five years, but there’s a strong argument that Smalling is one of England’s most in-form central defenders.

The 32-year-old was superb as Roma won the UEFA Conference League last season and remains one of Jose Mourinho’s most trusted lieutenants at the Stadio Olimpico.

A MOTM performance from one of Jose Mourinho's defensive heroes 💪⛔️ pic.twitter.com/B0GTyn64gK

Like his Chelsea team-mate James, Chilwell would surely have been among the first names on Southgate’s squad list had he not suffered a hamstring injury on the eve of the tournament.

Very strong competition to Luke Shaw for the title of England’s best left-back.

“With James, he is really competing profile-wise with Bellingham and Henderson, maybe to a lesser degree (Conor) Gallagher,” explained Southgate after he announced his squad.

“I don’t see him in the same profile at (Declan) Rice or (Kalvin) Phillips, they are different types of players. He is just behind those guys, frankly. It’s as simple as that.”

Eligible to play for England, France, Algeria and Nigeria, Southgate may need to get a move on if he’s to secure the services of Crystal Palace’s rising star.

The Hammersmith-born 20-year-old, who has represented France at youth level, continues to catch the eye for Patrick Vieira’s Eagles this season.

In all honesty, this World Cup looks to have come a little too soon for the talented midfielder, but if he continues on his current trajectory we’d be surprised if he isn’t representing a national team at the next World Cup in North America in 2026.

Another Englishman impressing abroad, Edwards recently made headlines by scoring against boyhood club Tottenham in the Champions League. Not only that but he came inches away from scoring a Puskas award contender.

Away from the spotlight of the English media, the 23-year-old – once compared to Lionel Messi by Mauricio Pochettino – has quietly developed into a very good player out in Portugal. Don’t be surprised if he returns to England next summer, and with that, louder calls for an England debut.

That is sensational, Marcus Edwards! 🤩

A move that had everything but the finish.

What a goal this would have been! #UCL pic.twitter.com/uPMnQ1a5pq

The West Ham winger looked a shoo-in for further opportunities when he made his long-awaited England debut in the summer. It was well deserved following a sensational campaign as the standout man for David Moyes’ Hammers, notching 12 goals and 10 assists in their Premier League campaign.

But Bowen has gone off the boil just at the wrong time, having struggled to produce his best football in 2022-23 so far. But form is temporary, and it shouldn’t be forgotten how good he was earlier this year.

Roma captain Tammy Abraham can probably feel aggrieved not to make Southgate’s squad, so to miss out on our best-of-the-rest XI is a real kick in the teeth.

But ultimately, unless England captain Harry Kane suffers a sudden injury, all the noise about his best back-up is probably moot.

Still, Toney is in the form of his life and his stellar record from 12 yards – 26 out of 27 penalties scored – could potentially come in very handy.

It’s testament to Sancho’s fall from grace that there isn’t more noise about his omission from the England squad. It was unthinkable that he wouldn’t be at the World Cup when he moved from Borussia Dortmund to Manchester United for £73million last summer.

Eighteen months on, we’re still waiting for the attacker to light up Old Trafford. He’s had one or two moments, but struggled to justify the fee.

We remember the absolute world-beater he looked in the Bundesliga and refuse to write him off. Every chance Sancho still comes good for club and country.

READ NEXT: What 15 pundits have predicted about England’s World Cup chances