England’s U19 squad in profile: Five Chelsea prospects and nine from EFL 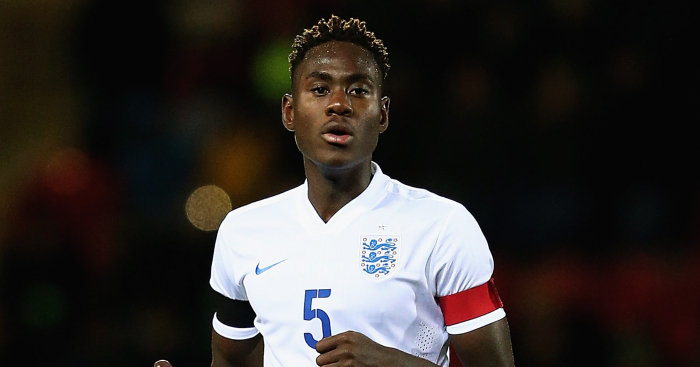 Paul Simpson has named England’s Under-19 squad for this summer’s European Championships, which his side go into as reigning champions.

England won the tournament last year, before the Under-17s and Under-20s both won the World Cup and the senior side went all the way to the last four in Russia this summer.

Buoyed by that success, Simpson has named his 20-man squad for the eight-team tournament in Finland, with England set to fact Turkey, Ukraine and France in their group.

However, the selection hasn’t come without controversy, with England left frustrated at the scheduling which has meant top players such as Ryan Sessegnon, Jadon Sancho and Phil Foden are remaining with their clubs to prepare for the upcoming domestic season.

The squad is made up of five Chelsea players as well as nine who will be playing in the Football League this season, and we’ve taken a closer look at the group of players which you may not be too familiar with.

Having signed a new four-year contract last month, 18-year-old Brentford goalkeeper Balcombe topped off a positive few weeks, having also been promoted to the first-team squad from the continuously effective ‘B’ team at Griffin Park.

Balcombe has nine international appearances at all levels, including five with the Under-19s, helping the side to win the Toulon Tournament in 2017.

Last season, he went on to make 30 appearances and keep 16 clean sheets as the Under-18s won the FA Youth Cup once more.

Another player who has been among Chelsea’s ranks since a young age, defender Trevoh joined brother Nathaniel to train with the senior men’s team ahead of the World Cup this summer.

He has captained England at various youth levels, and it was announced last month that he will join Ipswich on loan for the forthcoming season.

Centre-back Ferguson is the youngest player in the squad aged just 17, having linked up with West Brom’s first-team squad over the course of last season.

He was named among the substitutes for a goalless draw against Liverpool last December, and made 20 appearances in the Premier League 2, competing among the under-23s.

The only Manchester City representative of the squad, Francis was named in the 20-man party not long after joining Dutch second division side Almere City on loan for the season.

The defender, who professes to be extremely comfortable in playing the ball out from the back, is also pretty handy from a dead ball.

“I think centre-back just suits me best because it shows off my best abilities, my passing range and you can control the game from the back,” he said last year.

Pacey, attack-minded full-back Lamptey is another member of Chelsea’s productive academy to make it into Simpson’s squad.

The only other 17-year-old among the group, he is equally comfortable playing further up the field on the right.

One of the best nutmegs you’ll see today…

Competing with Lamptey for the right-back berth is Chelsea team-mate Sterling, whose position has changed drastically since scoring in the 2016 FA Youth Cup final when started in attack.

One month before his 18th birthday, Sterling made his professional debut as he came on as a substitute during Chelsea’s 5-1 EFL Cup win against Nottingham Forest.

He’s joined Coventry City on loan for the 2017-18 campaign, a move some Chelsea fans aren’t particularly happy about, arguing the teenager is good enough to warrant a chance in the Premier League.

He has been with Spurs since the age of 10, and scored three times as Spurs made it to the FA Youth Cup semi-finals in 2017.

The second Coventry City player in the squad, Bayliss is one of the only members of the squad with first-team experience under his belt.

A central midfielder, he came through the ranks before playing 24 times last term as Coventry made it out of League Two via the play-offs, and he looks set to sign a new deal with the Sky Blues.

“First-team football has given me that stage to go and do what I can do. It just gives you that extra experience,” he said.

Coventry youngster Tom Bayliss's effort takes a big deflection on its' way into the back of the net and the Sky Blues are 4-1 up!

A player Bayliss could come up against in League One next season, Embleton made his professional debut for Sunderland last term.

The talented midfielder is equally comfortable in a sitting or in a more advanced role, and is also known for his eye for a spectacular goal.

Versatile midfielder Gallagher was a late call-up to last year’s Under-17 World Cup-winning squad, coming on as a late substitute in the final.

The wide player, who can also operate in central roles, comes from a family of footballers, with brother Jake a midfielder at Aldershot Town.

Chelsea’s youngsters travelled to Aldershot for a pre-season friendly last summer, with Jake saying after the match: “I knew he was a good player, but I didn’t know he was that good.”

Young midfielder Kirby has got Crystal Palace fans raving after an impressive performance in a recent pre-season friendly against FC Helsingor.

“He is very young,” said manager Roy Hodgson. “He is not even 19 years of age and I thought he handled himself very well against a difficult opponent.”

Another member of the Under-17 World Cup squad last year, Kirby was originally on the books at Tottenham before joining Palace in 2016.

Liverpool youngster Lewis is listed among the midfielders but is often deployed as a left-back and has been handed the number three shirt ahead of the tournament in Finland.

He captained the Under-18s last season under Steven Gerrard and is another member of the squad who is handy with a free-kick, having scored a number of spectacular efforts last term.

Another central midfielder, Sanders has captained Brighton’s Under-23 side on a number of occasions.

The 19-year-old first played for Albion’s Under-18s at just 15 years old, and enjoyed his maiden first-team involvement at Old Trafford this season, where he was an unused substitute in the FA Cup quarter-final.

Brother of Rangers captain James, Tavernier is another of the select few players to go to Finland with an experience of first-team football.

The midfielder scored twice in eight appearances for Middlesbrough at the start of last season – including the winner against rivals Sunderland – before making eight further appearances on loan at MK Dons in the second half of the campaign.

Box-to-box midfielder Watts has made 30 appearances in the Under-18 Premier League over the course of the last two seasons, scoring seven goals.

Along with fellow central players Bayliss and Sanders, Watts received his first Under-19s call-up when included in the squad.

Alongside Chalobah and Sterling, Brereton was part of the England squad which won the Under-19 European Championships last summer, ending the tournament as one of four joint top scorers.

Having impressed at Under-23 level, scoring 17 goals in the first few months of the season, Brereton was promoted to the Nottingham Forest first-team in 2017 and has scored eight goals in 53 Championship appearances since.

Despite his tender years, Ennis has already had a career blighted by injuries, having missed out on well over a season’s worth of football since November 2015.

He has twice fractured his fibula before injuring his knee early in a season-long loan to Shrewsbury last term, forcing him to miss out on some valuable first-team experience.

Now back with parent club Wolves, Ennis scored twice in six PL2 appearances last season as he returned to action.

After hitting 40 goals for club and country (at youth level) throughout the 2016-17 campaign, Hirst was frozen out at Sheffield Wednesday in a contract dispute, meaning the only football he has played since is for the national team as well as a handful of Under-23 appearances during an injury crisis.

On the expiry of his contract, he subsequently joined OH Leuven in Belgium – managed by Nigel Pearson and the sister club of Leicester City – meaning Wednesday will be due a significantly lower sum in compensation, if any.

Manchester United were reportedly interested in the forward, who is the son of Owls legend David and has played a number of games for England Under-20s.

George Hirst has joined Leuven in Belgium. They are owned by the same group as Leicester so in effect they can move him back when they think he's ready. Clever move. Frustrating for Sheffield Wednesday as they won't get any compensation

Ipswich forward Morris joins new team-mate Chalobah in the squad – though it has been reported that the club turned down a call-up for midfielder Flynn Downes as they wanted him to be a part of their pre-season preparations.

Morris has made four first-team appearances for Ispwich, including three in the Championship, while he also turned out for Woking in a brief loan spell in early 2017.