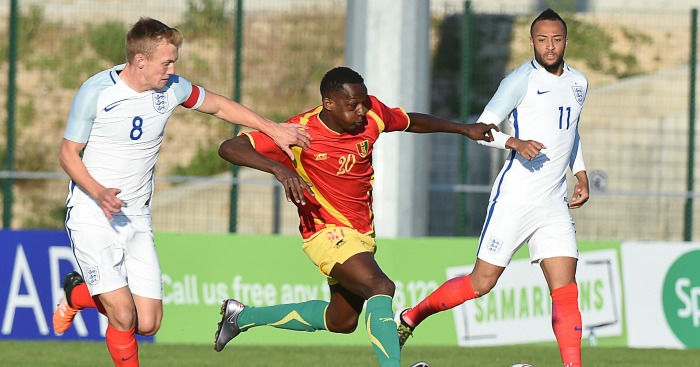 Nathan Redmond, James Ward-Prowse, Michail Antonio and Michael Keane will be hoping to make their England debuts in the next 10 days after being named in Gareth Southgate’s squad for the games against Germany and Lithuania.

Redmond and Ward-Prowse have been rewarded for their good form for Southampton with their first call-ups to the senior side, while West Ham’s Antonio and Burnley’s Keane are aiming to make their bows after being involved in previous squads.

Jake Livermore and Jermain Defoe have also been recalled after spells in the international wilderness, but we’ve taken a closer look at the four uncapped players.

Gareth Southgate: “They’re players I’ve worked with before, and they are in excellent form. They performed very well under the pressure of the final for Southampton.

“We are aiming for those guys to play for the U21s at the Euros this summer, but we didn’t want to hold them back. They deserve the opportunity and want to see how they get on in the senior environment.”

.@Michailantonio has netted more #PL goals than any other West Ham player since his debut in September 2015 (17) pic.twitter.com/i5zsQkWklc

Nathan Redmond: Has made more key passes from open play (43) than any other English player in the Premier League this season pic.twitter.com/ZY8lK3wJiD