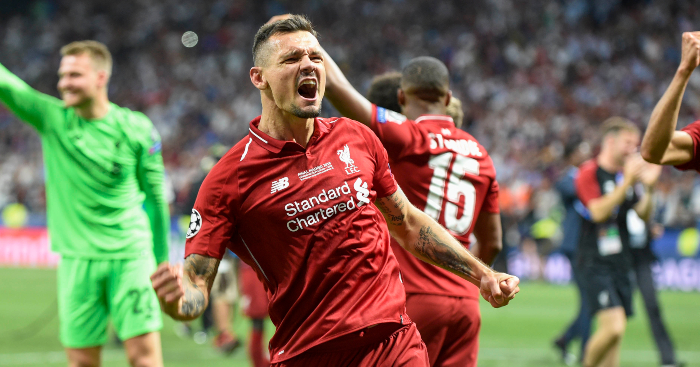 Dejan Lovren has been an incredibly polarising player throughout his six years at Liverpool – and with the defender tipped to leave this club in the next transfer window the club’s fans are reflecting on his spell at Anfield.

A thread posted on Reddit has asked supporters to rate Lovren out of 10 amid speculation he could leave the Reds when the transfer window re-opens.

We’ve compiled some of the best responses, ranging from some fans that would “buy him again” to others who describe him as “equal parts Maldini and Mustafi”.

AcherusScourge: Absolutely love the guy and he is quality, but he is just one of those players you can never trust 100%. Everytime he plays I get a bit nervous, just like it was the case with Mignolet. 7/10

Awaytto: I’d say a 7 for his level of play, and a 9 for his attitude. A team player, good lad, and a competitor.

SebastianOwenR1: 6.5. He has been a strong team player, and he’s contributed to some extraordinary moments in this club’s past couple of years. He made mistakes sometimes but he always worked his ass off. And I think people don’t give enough credit to some of his abilities, like his long passing and his clearances. I’d buy him again tbf. That 3 for 1 package from Southampton came with Lovren, Lallana, and Lambert.

And god I will never forget the goal against Dortmund, or the assist for Lord Klavan’s winner against Burnley.

codywankennobi: Longevity and cult-hero-ness, he is up there with Lucas, give him an 8.5 for that. Attitude, on and off the field, has to be a 9, literally can’t say a negative thing about him. Performance(weighted highest), I think needs to be a 6.5 or 7. He had his awful runs of 5s and 6s performances but also had long runs of 8s and the occasional 9. Add a few points for iconic goals and assists and I don’t think you can argue with a 7 or 7.5.

lyc10: 6 out of 10. I think Carra summed him up pretty accurately, he tries to contest for every ball and go into challenges he shouldn’t be getting into. He could have a great game for 88 minutes and then suddenly look like he forgot how to walk in the last 2 minutes. That being said he’s gotta be one of the most unfortunate players when it comes to mistakes, it always seem like every single mistake he made resulted in a goal.

I definitely don’t think he’s as bad as some people make him out to be, but we are the best team in the world at the moment and I’m afraid Dejan is not quite up to the standard to start anymore.

nini551: I will say 7.5, one thing most people forget in the aftermath of what happened is that he was IMMENSE in the 2018 CL final against RM, played the match of his life. I might even say 8 if I’m rating his “time at Liverpool,” because while Dejan isn’t a part of our starting 11 now, he was a critical part of the teams that got the results for several seasons that brought us to where we are now. We wouldn’t have gotten to where we are now without those results. 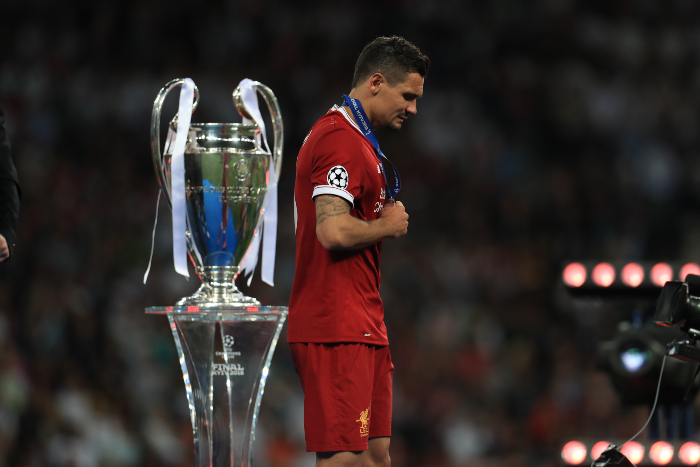 stefanakis111: 7. His performance in previous CL final against Real was superb. Ronaldo was basically in his pocket. He was like this: played 6-7 good games and then 1 awful. That is why I give him 7.

BrownNinja777: 6.5 for me is fair. The fact that he gets so much criticism (even though sometimes too much at times) shows that he’s had many difficult performances and was never the commanding centre half that we were maybe hoping for.

But for all the criticism he gets, it would be unfair to not praise him for his outstanding performances and memories that he’s given us with the obvious being Dortmund, Real Madrid and Man City (in the CL). I also always have to consider that there’s a reason why he’s been around for so long and it’s that he clearly cares for the club, is a massive presence in the dressing room and gives his all in every game.

If someone is not good enough or isn’t amazing at their role, all you can ask for is that they put everything out on the pitch which is exactly what he has done and is something that I’ll always appreciate him for.

That being said, he’s easily better than some defenders that we’ve had that seem to get loads of praise like Skrtel.

loveandmonsters: Solid 7. He was a vital part of the team which transformed into the one we see now, laying the groundwork so to speak. Since then he’s been happy enough to be a B-teamer, Mo’s bff, and lift a nice CL trophy.\

– He has been a part of some fantastic moments at the club in recent years and his winning header against Dortmund was one of the first moments you knew Klopp was on the right track.

– He’s had some massive f*ckups that have cost Liverpool matches.

With that being said, the guy has been a part of 2 squads that went to European Cup Finals and winning 1, a Europa League Final and played his role in the squad that will (hopefully) end a 30-year drought of league success. When he was back in the squad in the late fall, he played very well and was needed during that time when Gomez was struggling and Matip was injured.

triforcesarecool: I’d give him a decent score, 6.5. He never blew us away, but he was a decent servant to the club. While he made some mistakes, he is also part of some incredible memories for the club. Dortmund in the europa was amazing. In the end, we were successful with him as part of the unit. Getting 97 points in the league and winning a champions league. He may not have started every game, but he stepped up when he was needed. I’m not scoring anyone under 6 because of that.

Nickoboosh: I think the ratings of 6/7 out of 10 are fair, at various times during his stint with us he’s been equal parts Maldini and Mustafi. Looks like a world beater at teams, but occasionally looks like he’s never seen his own feet before, let alone a football.

Still, he potentially walks away as a PL, CL, EL and EFL Cup runner up, and CL and PL winner. That’s a better haul than most of our players in the last 30 years have managed.