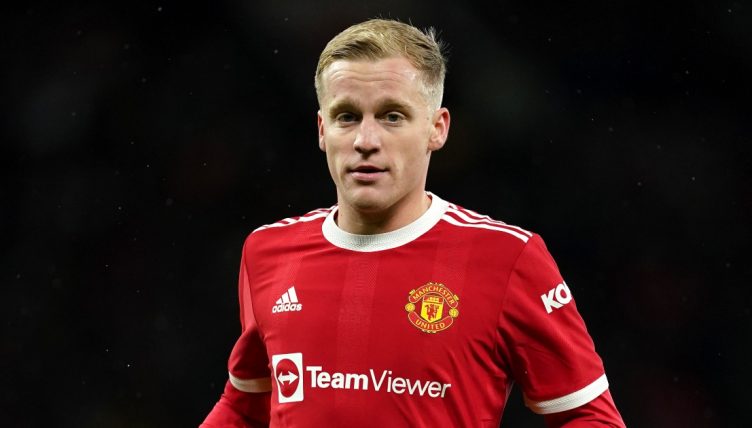 After being appointed as Manchester United’s next permanent manager, Erik Ten Hag will look to make several changes at Old Trafford.

While a lot of players will be shown the exit door, Ten Hag could also give some United players a fresh start while promoting academy graduates.

We’ve taken a look at five United players that could benefit from Ten Hag’s impending arrival at Old Trafford.

When Ten Hag was confirmed to be United’s next manager, we doubt anyone was happier to hear that news than Van de Beek.

The Netherlands international spent two-and-a-half years working under Ten Hag at Ajax and his impressive performances saw him become a Ballon d’Or nominee in 2019.

He then completed a £36million move to United in 2020 but started just four Premier League games during his first 18 months at Old Trafford and is currently on loan at Everton.

“Take Donny. I find that hard, a mortal sin,” Ten Hag told De Volkskrant in December 2021. “If you haven’t had a chance yet, then development will also stall.”

The 25-year-old will now be hoping to rediscover his Ajax form under Ten Hag and finally kick-start his career as a United player.

He’ll also have the opportunity to fill the void left by Paul Pogba, who looks set to leave United when his contract expires at the end of the season.

While David de Gea has been one of United’s best players in the 2021-22 season, he could face an uncertain future under Ten Hag.

The Spain international is regarded as one of the best shot-stoppers in the world but is often rooted to his line and has often been criticised for his poor distribution.

Ten Hag’s Ajax side are renowned for playing out from the back and the manager is reportedly concerned about De Gea’s suitability for his system.

According to The Telegraph, Ten Hag wanted to sign Henderson on loan during the January transfer window but Ralf Rangnick decided to keep him at Old Trafford.

The England international has made just three appearances in 2021-22 and has been linked with a move away from United. But he is seen as a more proactive and modern goalkeeper and will be hoping for more opportunities under Ten Hag.

When Rashford burst onto the scene and netted twice on his United debut at the age of 18, he had the world at his feet and was regarded as the next big thing.

But six years later, Rashford’s career has stalled, and he has scored just five goals in all competitions in 2021-22.

The England international has struggled for opportunities under interim manager Ralf Rangnick and has been linked with a move away from Old Trafford but is reportedly looking forward to working with Ten Hag.

During his time at Ajax, Ten Hag has shown a preference for inverted wingers who can cut inside and the likes of Antony, Hakim Ziyech and Dusan Tadic have all thrived under him.

“Every player under his guidance becomes a better footballer through his training,” Antony told Dutch newspaper De Telegraaf. “Since my arrival, he has given me a lot of confidence and believed in what I can do.

Rashford will be hoping to make similar progress under Ten Hag and get his United career back on track. 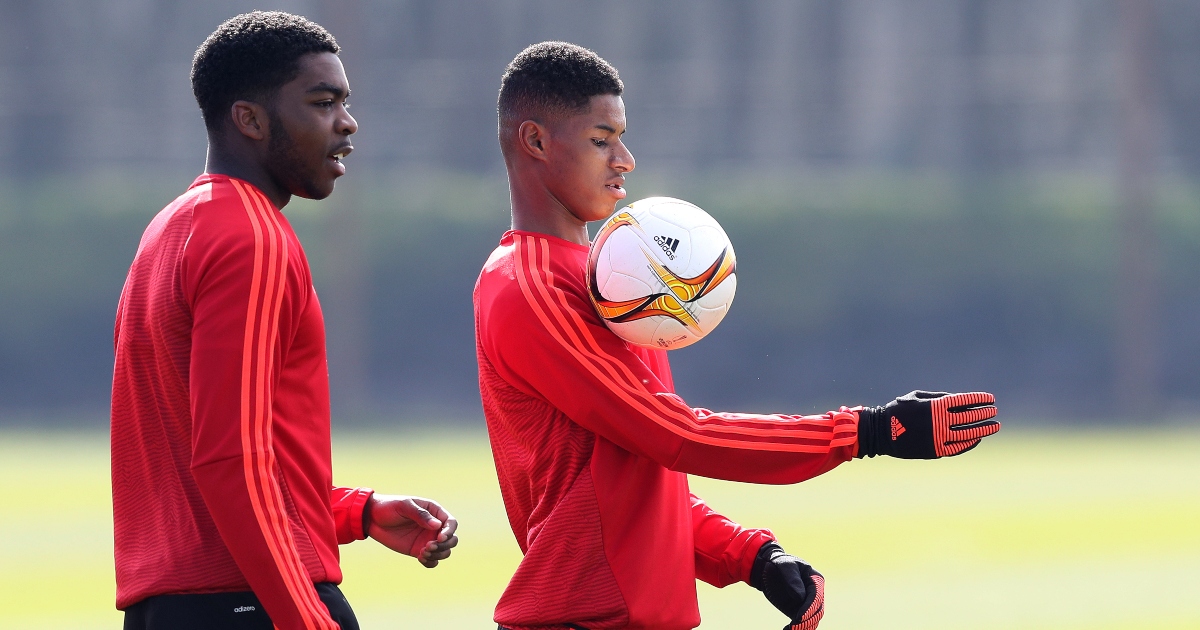 READ: Where are they now? Man Utd’s U21 team in Marcus Rashford’s last game

Mejbri, who joined United from Monaco in 2019 in a deal worth a potential £8.4million, is regarded as one of the best prospects at Old Trafford.

He has been a standout performer for United’s Under-23s and won the Denzil Haroun Reserve Player of the Year award last season.

The Tunisia international has made just two first-team appearances at the time of writing, including a battling cameo in the 4-0 defeat to Liverpool.

“Honestly, it takes a young kid to come on and show the rest of them how to sprint to the ball and put a challenge in. I’m actually proud of him.”

But the 19-year-old is mainly renowned for his ability on the ball and will be hoping to develop his game under Ten Hag’s tutelage.

While United’s midfielders have been heavily criticised throughout 2021-22, Garner has been thriving on loan at Championship side Nottingham Forest.

He’s registered four goals and six assists in the Championship this season as Forest bid to earn promotion to the top flight via the play-offs.

The 21-year-old has also come up against Premier League opposition in the FA Cup, impressing against Leicester City, Arsenal and Liverpool.

Garner, who has previously been compared to Michael Carrick, is able to dictate games with his passing and that makes him perfect for a Ten Hag team.

“He’s good for a goal,” Forest boss Steve Cooper told Nottinghamshire Live. “He’s around the set pieces a lot and he’s a good technician. He had a wonderful half-volley diagonal pass against Coventry. When it dropped, you had a feeling he was going to connect with it nicely.

“His out-of-possession game might go under the radar but that’s been really good as well. He reads and intercepts some really important passes and that’s as pleasing for me as the other stuff.”

According to reports, he’s set to be given a chance to impress Ten Hag in pre-season and could then become a first-team regular.

James Garner has opened the scoring for Nottingham Forest this evening.