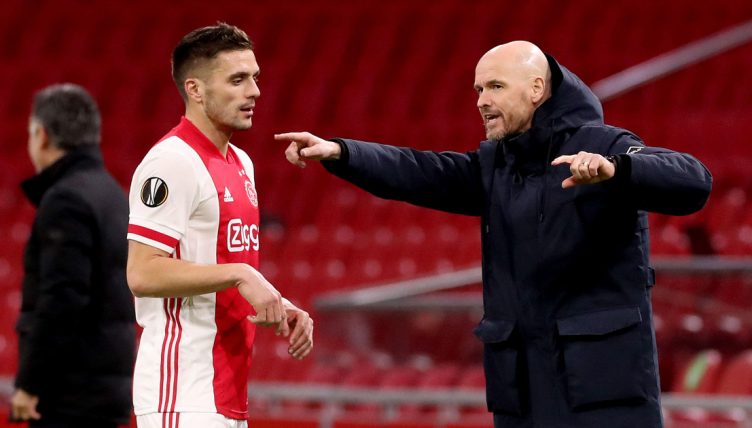 Ajax manager Erik ten Hag is to leave his role in Amsterdam to become Manchester United’s new boss in the summer, and United fans are excited at the prospect of a top attacking coach leading the much-needed rebuild at the club.

United plumped for Ten Hag over the more experienced Mauricio Pochettino, and the 52-year-old Dutchman will depart Ajax after five years in charge, during which time he has won two Eredivisie titles and reached the semi-finals of the Champions League.

Ten Hag has been renowned for his exciting attacking style which has seen Ajax score 85 goals in 29 league games this season, and his ability to raise the level of the players he is working with.

Manchester United have been in free fall for the last few seasons, as despite heavy investment, the playing squad is ageing and underperforming, and poor results meant that Ole Gunnar Solskjaer was sacked in November, and the likes of Harry Maguire and Marcus Rashford have been heavily criticised for their performances.

Ten Hag’s appointment is seen as a long term measure to fix the rot that has set in at the club, whilst bringing fresh ideas and trying to get the best out of some of United’s flailing stars.

We’ve listed an XI of players he got the best out of in his spells at Ajax, Go Ahead Eagles and FC Utrecht, and this should provide plenty of encouragement that he is the right man to take United back to the top.

The Cameroon goalkeeper was always highly rated following his breakthrough into the Ajax first team in 2016, but since Ten Hag’s appointment in 2017 he has blossomed into one of Europe’s top goalkeepers.

Onana’s ability on the ball is outstanding, making him the perfect keeper for Ajax’s system, and despite missing 13 months of action, the 26-year-old still remains at a high level.

The goalkeeper is joining Inter Milan on a free transfer in the summer, ending his 12-year association with the club, and he has Ten Hag to thank for his development.

The American right-back has not exactly hit the heights at Barcelona, but it was under Ten Hag at Ajax that Dest played the best football of his career.

The 22-year-old only played one full season at the club before moving to the Camp Nou, but this was how he earned his move. Under Ten Hag, Dest was allowed to showcase his attacking ability and speed, bombing forward regularly and providing six assists in his 38 matches.

Dest has struggled since his £20million move to Barcelona, as his defensive ability has been called into question, and many feel that he was much more comfortable with Ajax’s style which protected him defensively.

Ajax’s club captain at the age of 19, De Ligt became one of the best defenders in the world under Ten Hag, and was particularly impressive in the Champions League run to the semi-final.

De Ligt won the Golden Boy award for Europe’s best young player in 2018, and his performances earned him a £70million move to Juventus in 2019.

Whilst he has been solid at Juventus, his performances at Ajax allowed him to express himself more, driving the ball forward from centre-back and using his exceptional passing ability to start attacks. He also got closer to European glory with his boyhood club than he has – as yet – with the Old Lady.

“Everybody has a new start under Erik ten Hag with a new football vision and opinions and as a squad that can only be good for us in order to continue development in the future,” De Ligt explained in 2018.

“The training is different under Erik ten Hag with a lot of focus on tactical elements and positional play and it is really instructive.”

A versatile midfielder and fullback at Manchester United under Louis van Gaal, Daley Blind was one of United’s better buys in a long list of flops, but joined Ajax in 2018 in search of more regular football.

Under Ten Hag, Blind reinvented himself as a centre-half, with his supreme passing skill and vision proving to be perfect alongside De Ligt in the backline, and the 32-year-old looks like he can continue at a high level for a few more years at least.

A bargain buy from Independiente for £4million in 2018, Tagliafico, a member of Argentina’s World Cup squad, developed his attacking ability under Ten Hag.

With 15 goals and 23 assists in 164 games from left-back, the 29-year-old has been a sensational signing, and he has been linked with a number of Premier League clubs.

United could do worse than bringing him in alongside his gaffer.

There was some surprise when United splashed over £40million on Van de Beek from Ajax given the presence of Paul Pogba and Bruno Fernandes in his position, but there was excitement after his performances in Ten Hag’s side.

However, with playing time under Solsjkaer and Ralf Rangnick limited, the Dutch international joined Everton on loan in January, and is still yet to impress in England.

The future remains unclear for the 25-year-old, but having played so well under Ten Hag, he may now have the opportunity for a fresh start and more minutes at United, and the chance to prove his worth.

“Take Donny [van de Beek]. I find that hard, a mortal sin if you haven’t had a chance yet, then development will also stall,” Ten Hag explained to De Volkskrant in 2021.

“Everyone understands that as a top athlete you want to push your limits. If you don’t have that mentality, then you don’t belong here. But when are you going to do that and at which club? What is your motivation? I try to get that thought process going.” 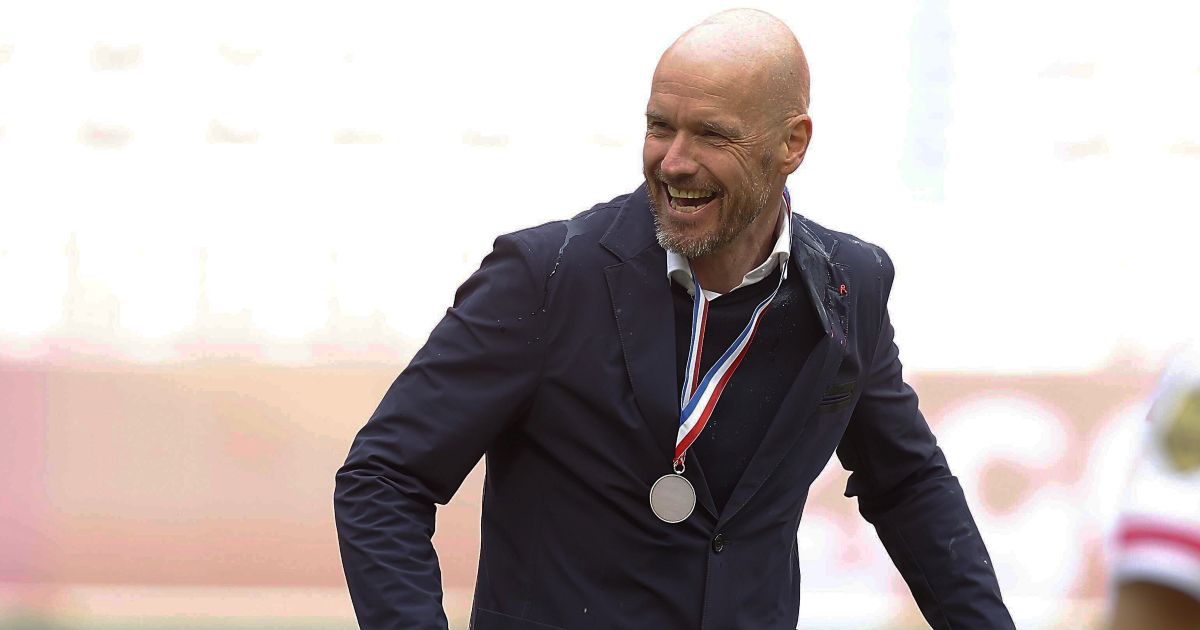 The 29-year-old midfielder has played under Ten Hag at both FC Utrecht and Ajax, and has made 96 appearances under his tutelage.

With 26 goals and 22 assists in that time, the Moroccan proved to be the ideal Ten Hag player, performing strongly in both boxes and adapting to his style with ease.

Labyad is set to leave Ajax on a free transfer in the summer, but there is no indication that he will follow his boss to a third different club.

Ziyech performed so well under Ten Hag that Chelsea came calling with a bid of £35million, and the Moroccan winger made the move to West London.

A technical attacker who likes to cut inside from the right onto his left foot, Ziyech has been solid, but overall underwhelming at Chelsea, who expected more after witnessing his performances in the Champions League.

The Moroccan made 100 appearances under Ten Hag, and with 35 goals and 53 appearances in that time, was one of Ajax’s standout performers in his four seasons at the club.

An attacking midfielder who moved to Ajax from Southampton, after being frozen out by Mark Hughes, Tadic is the player whose level was raised the most by the coaching of Ten Hag.

With 91 goals, 89 assists and one of the most iconic performances in Champions League history at the Santiago Bernabeu, Tadic became one of the best players in the world following his £13million move to Amsterdam.

What was Hughes thinking…

Having played under the Dutchman at both Go Ahead Eagles and Ajax, the skilful winger has made a total of 94 appearances across the two clubs under Ten Hag’s guidance and played some of the best football of his career.

With 39 goals and 17 assists, the 30-year-old proved to be a valuable asset going forward, but his spells at Sevilla and Spartak Moscow haven’t quite seen the same returns.

Another Tadic-esque turnaround, Haller has had a rollercoaster few years to say the least.

After impressing in Frankfurt, the striker made a big-money move to West Ham United, but was unimpressive and struggled to adapt to the system.

Ajax came calling with a £25million bid, and West Ham were very happy to sell at that price. Little did they know what was about to happen.

After an initial administrative blunder meant that Haller could not be registered for the Europa League upon his arrival, Haller exploded into life this season, and tore the Champions League group stage to shreds.

Haller has scored 46 goals in 61 games for Ajax since his move, including 11 in eight Champions League games, and in addition to his time at FC Utrecht under Ten Hag, has 86 goals in 142 games.

“He [Ten Hag] is responsible a lot for me coming to Ajax because of course, I know him well. I know what he is able to do and how he wanted to use me,” the Ivory Coast striker stated.

“I know how good he is tactically, he always has a good view on the opponents. So he gives us the keys to succeed during the game.”

If Ten Hag can revive Rashford in the same manner, then United will be well on their way back to the top.

Ten Hag next: The 8 Dutch Premier League managers – & how they fared