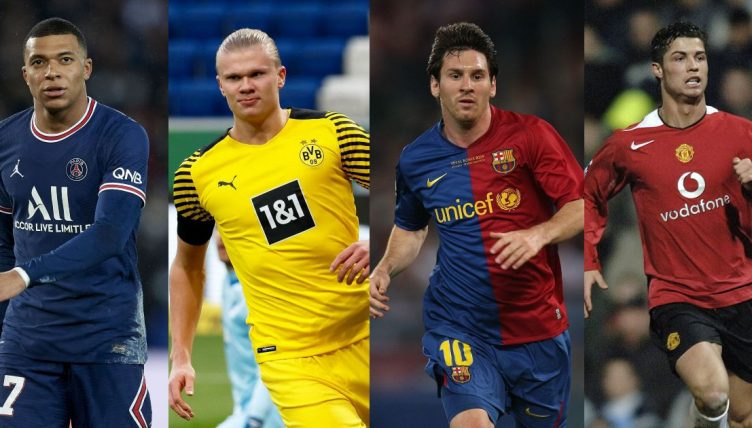 Erling Haaland and Kylian Mbappe have already made strong claims to be the leading players of the 2020s – but how do their records before the age of 21 compare to Lionel Messi’s and Cristiano Ronaldo’s records at the same age?

It’s been rumoured that Haaland and Mbappe could be lining up for Real Madrid next season; the latter is expected to seal a free transfer from PSG while the former has been linked with a host of Europe’s elite clubs.

Little secret has been made of Madrid’s interest in Mbappe, or of Mbappe’s desire to join the club at some stage in his career. But Haaland’s future is less certain.

“I can’t really predict this one, I’m told that Haaland is really tempted to play in La Liga,” journalist Fabrizio Romano said, via @MadridXtra.

The Norwegian has also been linked to Manchester City, with the Daily Mail reporting that City and Haaland’s representatives have already discussed personal terms and outlined a deal.

When asked about City’s interest, manager Pep Guardiola said he would not comment on specific cases but added that: “At the end of the season it is the transfer window and many things are going to happen.”

Both Mbappe and Haaland are among the most prolific youngsters in the history of football – but it’s interesting to see how their records compare from the early parts of their careers.

We’ve compared Haaland and Mbappe’s stats on their 21st birthday with those of Messi and Ronaldo to see who had achieved the most. The results are somewhat surprising…