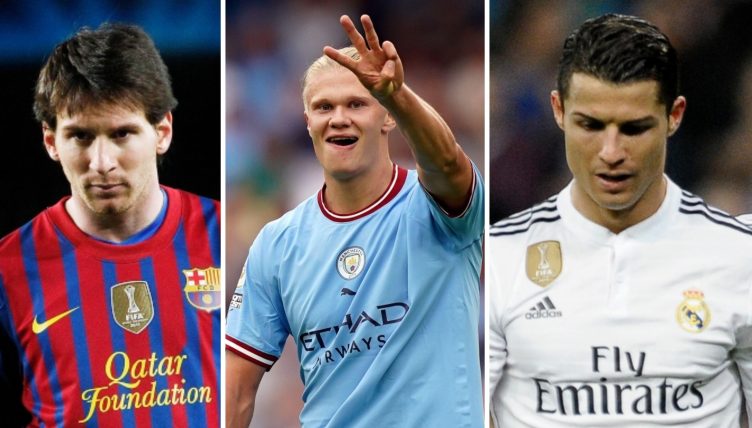 Erling Haaland has made an incredible start to life at Manchester City – and if he keeps it up his 2022-23 season will be up there with the greatest individual campaigns in history.

The fact that Haaland is being spoken about in the same breath as Lionel Messi and Cristiano Ronaldo, two players that dominated top-level football for over a decade, shows what a goalscoring talent he is.

Manchester City boss Pep Guardiola coached Messi at the same age Haaland is now. The pair of them conquered the world, winning everything there is to win multiple times over at Barcelona.

Haaland is so prolific that many are predicting he’ll be able to fire City to a similar level of success, particularly in Europe – where the perennial Premier League champions have quite struggled to get over the line.

While Guardiola won two Champions Leagues in four years in charge of Barcelona, he’s now into his seventh season at City and is yet to deliver Ol’ Big Ears.

But the City manager is reluctant to compare Haaland to one of the greatest players in history.

“Nothing is comparable to Leo Messi,” Guardiola said.”How many new Messis are there? 10 or 15, but they all fail.”

But the pure numbers speak for themselves. If Haaland can maintain his astonishingly prolific form, his rate of goals and assists will be up there with Messi at his absolute peak, at Barcelona in 2011-12, as well as Ronaldo, at Real Madrid in 2014-15.

One interesting omen for Guardiola to mull over is that during Messi and Ronaldo’s most prolific seasons, they both failed to win either the league title or Champions League.

In 2011-12, Guardiola’s final season in charge of Barcelona, Messi scored a scarcely-believable 50 La Liga goals and 73 in all competitions. That year, the Blaugrana won the Spanish Super Cup, European Super Cup and Copa del Rey but fell short to Jose Mourinho’s Real Madrid in La Liga and were defeated by Chelsea in the Champions League semi-finals.

Likewise, when Ronaldo was at the absolute peak of his powers, notching a career-best tally of 61 goals in all competitions for Madrid in 2014-15, he only won the European Super Cup and Club World Cup. That year, Messi, Neymar and Luis Suarez fired Barcelona to the treble at Los Blancos’ expense.

Carlo Ancelotti’s side finished two points behind Barcelona in the La Liga title race and were defeated by Juventus in the Champions League semi-finals, while being eliminated in the Copa del Rey at the last 16 stage by city rivals Atletico Madrid.

Perhaps there’s a parable in there about being overly reliant on one supremely talented player. Or maybe Messi’s Barcelona and Ronaldo’s Madrid just fell short against superb opposition those years.

It remains to be seen whether there’s any side capable of standing in Haaland – and City’s – way when it comes to the major trophies this season. Mikel Arteta’s Arsenal are still top of the Premier League for now, and you never know what might happen in the latter stages of the cup competitions.

Here’s how Haaland’s rate of goals and assists in 2022-23 so far compares to the output of Messi and Ronaldo at their very best. Can he keep this going through the whole season?

“Messi can do it on his own, Haaland needs his teammates”

Owen Hargreaves, @petercrouch and @JoleonLescott give their thoughts on Pep Guardiola's response after he was asked a question which compared Erling Haaland and Lionel Messi 🤔#UCL pic.twitter.com/TnoUy59OLU 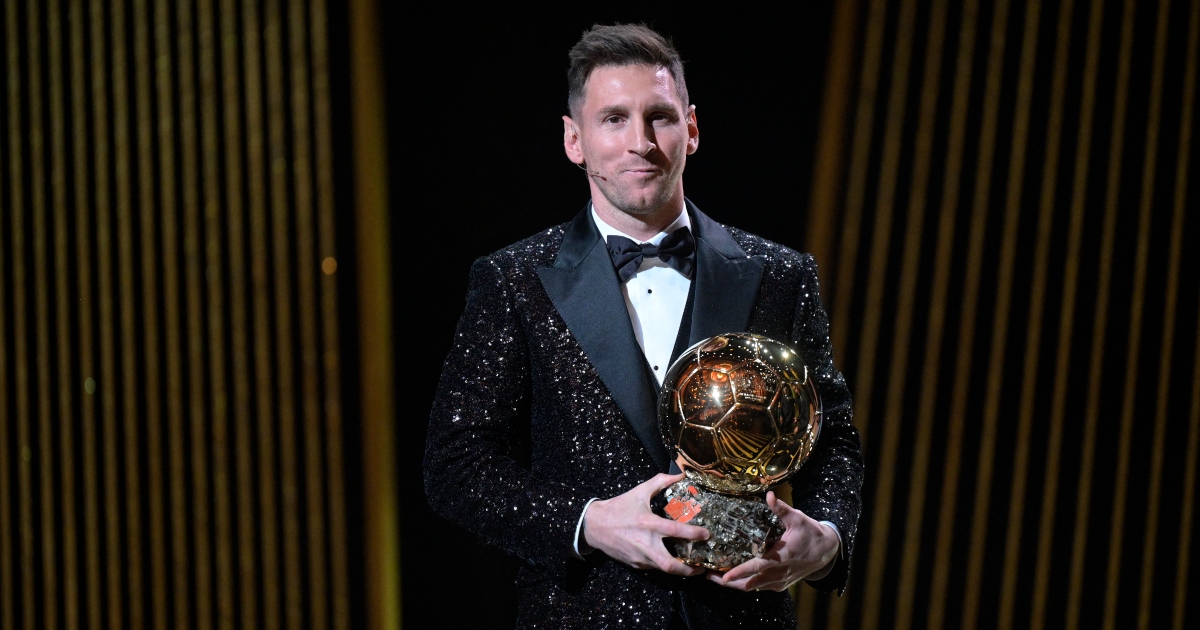