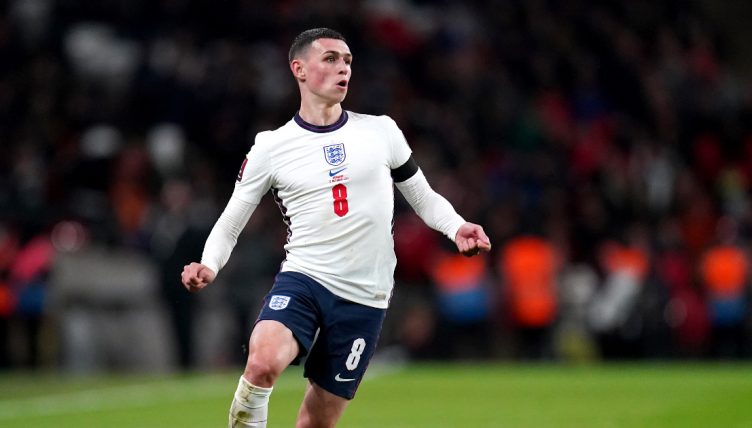 With qualification for the 2022 World Cup in Qatar drawing to a close, squads are starting to take shape and excitement is building, even though the tournament won’t take place until December.

The 2018 World Cup was one of the most enjoyable editions to date, with England narrowly losing to Croatia in the semi-finals, who lost 4-2 to France in the final in Moscow.

After the tournament had finished, ESPN made a number of predictions for the 2022 edition, and with Qatar less than nine months away, now is a good time to revisit them.

England went one step further than the semi-final run in 2018 when they reached the final in the delayed Euro 2020, but lost on penalties to Italy at Wembley.

We’ve broken down each of these predictions to see which were incredibly accurate, and which were well wide of the mark.

The original prediction that the big footballing nations Italy, the USA, the Netherlands, Chile and Cameroon would return has already failed, as Italy failed to reach their second World Cup in a row following their shocking loss at home to North Macedonia in the qualification playoffs.

The Netherlands have returned, but the USA, Cameroon and Chile have crucial qualifying playoffs to navigate before they can confirm their attendance.

It was a stunning goal to knock Italy out…

Should Portugal do what Italy couldn’t and overcome North Macedonia, they will seal qualification for Qatar, and there is no way Cristiano Ronaldo will sit this one out.

Since the 2018 World Cup, Ronaldo departed Real Madrid for Juventus, then rejoined Manchester United after three years in Turin.

ESPN predicted that Ronaldo would retire after the tournament, but having signed a two-year-deal at United, it would be highly unlikely that he hangs his boots up until the end of the 2022-23 season.

The 37-year-old has had a mixed return to Old Trafford, as despite scoring 18 goals, he has been criticised for his performances in what has been a poor season for Manchester United.

Whether he is able to produce more magic on the international stage remains to be seen, but should he go to Qatar there will drama, one way or another.

It’s tough to say exactly which way this prediction will go, but their performance in the 2021 Arab Cup, held in Qatar, saw the hosts finish a respectable third, beating Egypt on penalties in the third place, after losing in the semi-final to eventual winners Algeria.

Qatar haven’t had any top talents come through since 2018, so a run to the latter knockout stages seems unlikely despite the home advantage, and they would need to qualify from the group stage at least to avoid equalling South Africa in 2010 as the worst-performing hosts.

All five African contenders exited at the group stage in Russia, but it’s hard to see a repeat in Qatar.

Senegal, featuring Liverpool forward Sadio Mane, won the African Cup of Nations in January 2022, and will be hoping to build on that success, which saw them beat Mohamed Salah’s Egypt side in the final on penalties in Cameroon.

Only one of the two finalists will be at the World Cup, however, thanks to a brutally ruthless qualifying structure.

One of Nigeria or Ghana will not be at Qatar, as they have to face each other in the qualifying playoffs, but whoever makes it through will be aiming to progress beyond the group stage.

Mbappe confirms himself as the star of his generation

Kylian Mbappe scored in the final and had a fantastic tournament as France won the World Cup in 2018, and he’s only gotten better since.

With a summer move to Real Madrid looking more and more likely, it seems likely that Mbappe will go to Qatar as a 24-year-old superstar playing for one of the biggest teams in the world and the current holders.

Mbappe is seen as the heir to the throne of Lionel Messi and Cristiano Ronaldo as the best player in the world, with Erling Haaland close behind, but as Norway failed to qualify for the tournament, Qatar will provide Mbappe with the perfect platform to establish himself as the best.

Mbappe missed the crucial penalty in the shootout against Switzerland at Euro 2020, and will hope to bounce back strongly as France look to secure back to back World Cups.

England’s consecutive tournament heartbreaks was predicted to continue, as ESPN did not back them to win their first trophy since 1966, but England may actually fancy their chances.

A penalty shootout away from Euro glory at Wembley, Gareth Southgate’s young squad is stacked full of talent, and the team has gotten better and better in each tournament.

Although the likes of France will be considered favourites, England should not be ruled out of contention.

🗣"The reality is we already agreed before England qualified for the World Cup. We've only ever won one World Cup and we have the belief that it's possible."

Gareth Southgate shares his decision to commit to his role at England pic.twitter.com/1HQlMHNGmW

Back in 2018, VAR was still in its early stages, and it was finally implemented in the Premier League at the start of the 2019-20 season.

However, controversy has not been avoided in the slightest, with VAR being questioned in nearly every single game, and even though some earlier teething issues have been ironed out, there is no doubt that referees, and the technology, will both come under immense scrutiny at the tournament.

Who will win all the awards?

ESPN predicted that the Golden Boot will go to Timo Werner, the Golden Glove to Gianluigi Donnarumma and the best young player to Phil Foden.

Iran were tipped as the team to make a shock upset, and France to make a huge collapse.

The player award predictions haven’t aged well, as Werner continues his struggles in front of goal for both Chelsea and Germany, whilst Donnarumma’s Italy won’t even be at the tournament.

Foden for young player of the tournament is still a huge possibility, as the 21-year-old has already established himself as one of Manchester City and England’s best players, although he missed a few Euro 2020 games including the final through injury, with Bukayo Saka taking his place in the team.

Iran have qualified for Qatar, and were unlucky in the group stages in 2018, but are mostly remembered for an iconic throw-in attempt.

They won’t be trying this one again…

One of the golden moments of the 2018 Russia World Cup. #EURO2020 pic.twitter.com/48HhynAvul