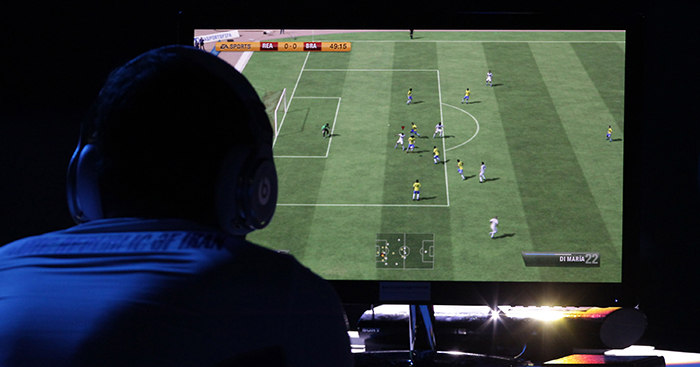 The Premier League is launching its first eSports competition – and one of the first players to be signed by a football club believes pro gaming will soon “take the scalp of one of the major sports”.

The ePremier League starts in January, with UK-based fans competing to represent their club on FIFA 19 in grand finals being screened live by Sky Sports in London at the end of March.

It is the first time the Premier League has backed such a tournament, but Manchester City have three players on their eSports team that represent them in FIFA tournaments around the world, while West Ham have two players signed up.

There is no cash prize on offer for the winner of the ePremier League, but FIFA Global Series points will be awarded, counting towards their ranking for the FIFA eWorld Cup in 2019 – and the prize on offer for winning that is a cool $250,000.

It has been forecast that eSports will generate more than £1billion in global revenue and almost double its audience to nearly 600 million people by 2020, and David Bytheway, who in 2016 was signed by Wolfsburg as one of their two official gamers, believes it will soon surpass one of the major sports in terms of popularity.

“There’s more money in it than ever and it isn’t showing signs of slowing down,” he says. “The gaming industry is huge and the developers of the games are working to make each game more entertaining, not only to play, but to watch as well.

“eSports already gets more viewers and prize money than a lot of sports and I think very soon, it’ll take the scalp of one of the major sports.

“Real football will always attract a large number of viewers, that’s how it will always be. However, I think football clubs are starting to lose the younger generation, the age group of let’s say 8-16.

“Kids don’t come home and watch TV anymore, they would rather watch someone on YouTube, and most of the time, its a gamer.

“Clubs are recognising this and this is partly the reason as to why so many clubs are getting involved with eSports. It’s a massive market, but it’s also about reclaiming the next generation of fans.”

We are proud to become the Tournament Operator of @premierleague's inaugural ePremier League!

In a Plusnet survey of 1,000 gaming and football fans (of which 54% were female and 46% were men), 72% of responders said they preferred playing football on a games console than in real life, while 63% said they would rather play a virtual game than watch a real game live from a stadium.

Furthermore, in a clear sign of how seriously eSports is viewed, 61% said they would like their club to sign a professional eSports player, 58% want it to be represented at the Olympics, while 56% said they consider it to be a real sport.

“With football clubs getting involved, and EA running events, which has only really happened on the past two titles, the viewership has increased an incredible amount,” Blytheway says.

“I think people always want to watch top-level competitors compete, and in gaming it’s no different. eSports brings in a much bigger viewing figure than a lot of sports that are in the Olympics so why not?”

More findings from the survey and expert reaction can be found on the Plusnet blog.