Revisiting the European Footballer of the Year nominees from 2000 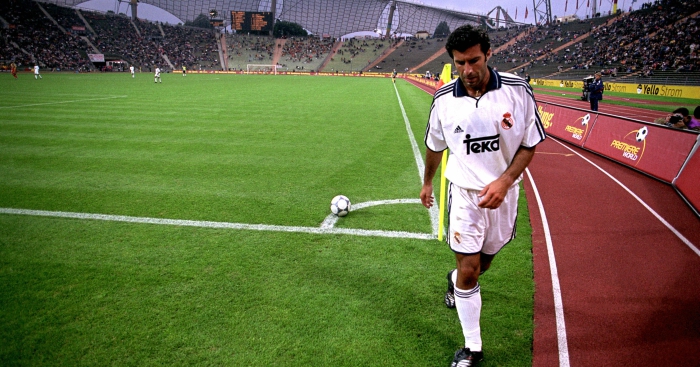 Looking back at the list of nominees for the 2000 European Footballer of the Year, it’s clear it was a vintage era for the Premier League.

For the second consecutive season, six Manchester United stars were on the list of the 49 players considered to be the best on the continent.

To put that into context, Real Madrid, who were at the beginning of their Galactico era and had just won the Champions League, only received five nominations.

Five more English-based players were on the longlist: Thierry Henry, Marcel Desailly, Didier Deschamps and Sylvain Wiltord were all members of the France squad which had won Euro 2000, while Dennis Bergkamp also received a nomination.

However, the eventual award, which later merged with the Ballon d’Or, was dominated by two players in particular.

Decided by a panel of sports journalists from UEFA member states, Zinedine Zidane finished as runner-up with 181 points, almost 100 more than Andriy Shevchenko in third place.

Luis Figo, who had left Barcelona for Real Madrid in a transfer which shook the world earlier that year, pipped Zizou to the award by 16 points. Less than a year later, the two would form part of a sumptuous midfield at the Bernabeu.

Nineteen of the nominees did not receive any points in the final vote, including six players from the Premier League:

There are a few slightly surprising names among the nominees looking back, but how do they compare to these 11 players we can’t quite believe were nominated for the Ballon d’Or?