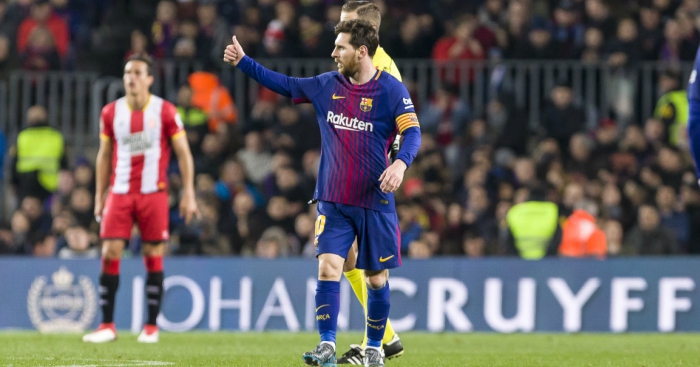 Players who can regularly create goalscoring chances for team-mates are among the most valuable in football – and plenty of unheralded names have done it consistently in 2018-19.

Of those who’ve played at least 1,000 minutes in Europe’s major five leagues this season, there are three Premier League representatives in the top 10 of players to have created the most chances per 90 minutes.

Two from the Bundesliga, two from Ligue 1, two from Serie A and one from La Liga complete the list…

James looks set to return to Real Madrid this summer upon completion of his two-year loan spell at Bayern, but he is unlikely to be short of suitors should, as expected, Los Blancos look to move him on permanently.

A tally of seven goals and four goals from 20 appearances in the Bundesliga is nothing to shoot from the rooftops about, but with an average of four chances created for team-mates every 90 minutes, James’ creativity certainly isn’t in doubt.

Payet topped this list last season and has enjoyed another terrific campaign this time around, creating 82 shooting opportunities for his Marseille team-mates in just 1912 minutes.

His tally of four goals and six assists in Ligue 1 is relatively modest as the No.10 for a team that finished fifth, but Payet will never not be entertaining to watch.

The former Manchester United man has rediscovered his mojo since his move to Lyon, scoring 34 goals across the past two seasons to reportedly catch the attention of Liverpool.

He was one of the few players to finish in double figures for both goals and assists in a major European league in 2018-10, scoring 10 and setting up another 10 in Ligue 1 to help Lyon finish third.

One of the lesser-known players on the list, Demirbay is likely to be on the radar of bigger clubs this summer having contributed four goals and nine assists for ninth-placed Hoffenheim in the Bundesliga this season.

Impressively, he is not a No.10 but an out-and-out central midfielder.

Atalanta finished above both Milan clubs to finish third in Serie A this season, and Gómez played a key role in their surprise success, contributing an impressive seven goals and 11 assists.

It’s a stark contrast to when the 31-year-old signed for the Italian club in 2014 and helped them narrowly avoid relegation to Serie B in his first season.

Like Suso at Milan, Luis Alberto has certainly proved himself since leaving Liverpool.

He scored four and assisted five goals in Serie A for Lazio in 2018-19, and considering he was laying on more than three chances per game, that figure could have been much higher.

Chelsea had to turn down interest from Barcelona in Willian last summer, and although a tally of three goals and six assists in the Premier League pales in comparison to Eden Hazard’s 16 and 15, the Brazilian actually created slightly more chances per 90 minutes than his team-mate.

At 30, with Christian Pulisic on the way and Callum Hudson-Odoi breaking through, Willian’s future may once again have been the subject of speculation, but Chelsea’s transfer ban combined with Real Madrid’s courtship of Hazard means he is likely to remain at Stamford Bridge.

It may have been viewed as something of a risk when Leicester agreed a deal worth more than £20million to sign Maddison from the Championship, but the former Norwich City midfielder has proved himself a bargain in his maiden Premier League campaign.

With seven goals and seven assists for the Foxes, despite Gareth Southgate’s insistence that there is no need to rush the 22-year-old, it is surely only a matter of time before he wins his first England cap.

The five-time Ballon d’Or winner may be 31, but he has shown no signs of slowing down this season, scoring 36 goals and setting up a further 13 in La Liga.

No player in Europe’s top five leagues can match Messi’s figure for combined goals and assists. The Argentine just keeps setting the standard.

With 16 goals and 15 assists in the Premier League alone in 2018-19, Chelsea are again facing a battle to keep hold of Hazard this summer as Real Madrid refuse to go away.