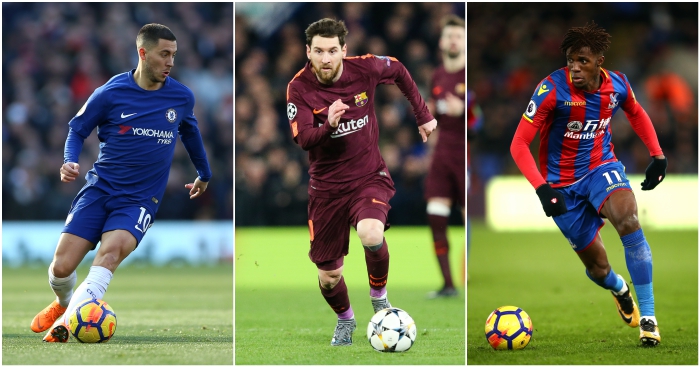 A former Manchester United man sits alongside Barcelona, Bayern Munich and Chelsea players among the top 10 dribblers in Europe.

The beauty of seeing a player get the ball and run towards a defender will never get old. It’s what gets you on the edge of your seat, it’s what creates excitement.

We have ranked the top 10 dribblers in Europe’s top four leagues based on the amount of dribbles completed per 90 minutes (minimum 900 mins played) and while there are some obvious entries, there are some unexpected ones too – and there’s no place for any Real Madrid or Manchester City players.

In 21 Serie A appearances this term, the Argentine has completed 53 successful dribbles, while in six games in the Champions League he has managed an incredible 33.

After picking up multiple injuries at the end of a long spell at Sevilla, Perotti seems to reignited his career in the Italian capital and has scored 19 goals in 90 appearances in all competitions, three more than he managed in 159 matches for the Spanish club.

Another Argentine, Gomez is the second best dribbler in Serie A.

A shining light for Atalanta, his 16 goals helped them to a fourth-placed finish last season and also earned ‘Papu’ his first ever international call-up at the age of 29.

An 18-year-old Bruma was worth €10million to Galatasaray when they plucked him from Sporting Lisbon, and last summer he made the switch to German moneybags Leipzig.

He has the second highest number of successful dribbles per 90 minutes in the Bundesliga this season, with the Portuguese showing his excellent pace and skill on the ball.

The first Premier League player to appear on the list, Zaha has won back many admirers with his performances under Roy Hodgson at Crystal Palace this season.

However, Zaha is one of the large number of players currently on the Palace injury list, as they are being forced to look over their shoulders once more. 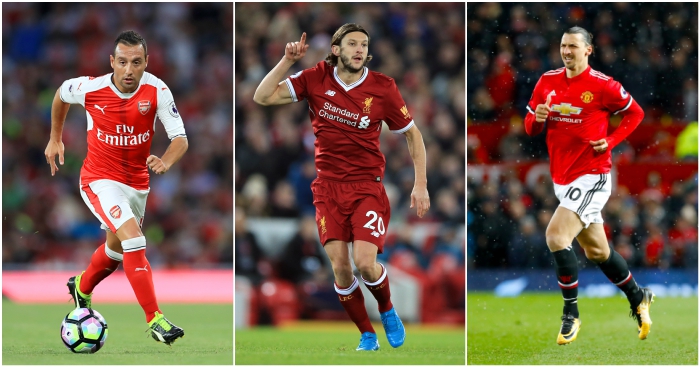 READ: Ranking PL clubs by the amount of games players missed through injury

The best dribbler in the Bundesliga is Bayern Munich’s talented youngster Coman, averaging 4.2 successful dribbles per 90 minutes he plays.

At the age of just 21, he has already lifted seven major trophies across three countries and earned a Champions League runners-up medal, appearing as a late substitute in the 2015 final.

It's mad that Kingsley Coman is only 21! 😳🔥 pic.twitter.com/ZOieb9ZpGk

Incredibly, Masuaku has amassed 63 successful dribbles in the Premier League this season – from the left-back position.

However, the 24-year-old Frenchman has not played since January after shaming himself by spitting at an opponent in West Ham’s FA Cup defeat to Wigan – receiving a red card and a six-match ban.

Arthur Masuaku(17/18)-West Ham
The fullback that glides across the pitch pic.twitter.com/5VMX5kky9b

Rather impressively, Boufal has the same number of completed dribbles so far this season (59) as Riyad Mahrez, despite having been on the pitch for 890 less minutes in total.

And earlier this season, he scored this fantastic solo goal to earn all three points against West Brom.

Costa has also completed 59 dribbles this season but has done so in even less minutes than Boufal, and is therefore the third best dribbler in Europe.

On loan at Juventus from Bayern Munich, the Brazilian has completed more dribbles and averages more per 90 minute than any member of the Bayern squad.

Into Europe’s true elite now, and Messi currently sits top of the Spanish dribbling charts with a huge 133 successful dribbles this season – more than anyone else in Europe’s top four leagues.

Need we say any more about the greatest player of all time? 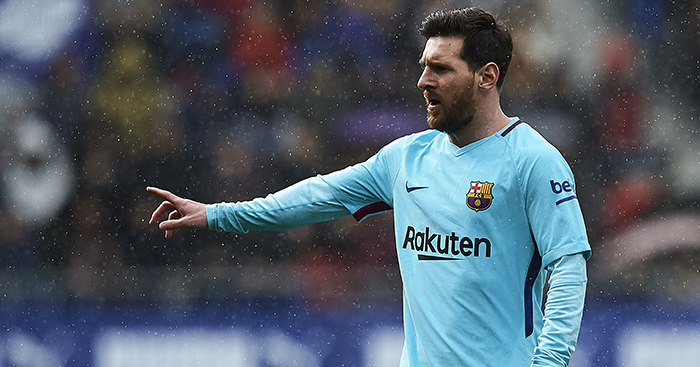 READ: Lionel Messi and the kind of assist we’ll only truly appreciate when he’s gone

After a season of failing to live up to his own high expectations, the Belgian has found himself once more under Antonio Conte recently and confirmed he truly belongs among the Premier League elite.

Las Palmas’ Jonathan Vieira is second in La Liga for successful dribbles with 65 but misses out on the same number as Crystal Palace’s Andros Townsend and Liverpool’s Mo Salah, who also don’t quite make the cut.

A huge shout goes to Adama Traore too, who, having made this list last year with relegated Premier League club Middlesbrough, is now averaging an astounding 10 successful dribbles per 90 minutes in the Championship.