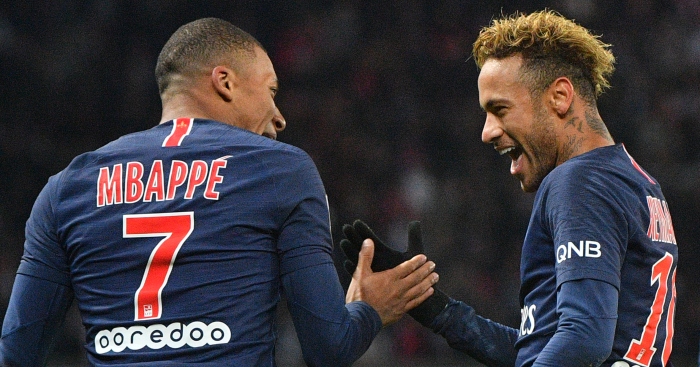 Marco Reus & Jadon Sancho have formed a magnificent partnership at Borussia Dortmund – but there are more prolific pairings in Europe’s five major leagues.

We’ve taken a look at the players who have worked best together in terms of one assisting the other.

The list unsurprisingly contains some well-known names, but great partnerships aren’t just the preserve of the big clubs.

Of course Leo Messi has popped up on another list. He, as always, is having a stellar season in front of goal.

It helps having a player of Luis Suarez’s ability around, not only for his own scoring ability but because of the vision he possesses to pick out the little Argentine six times this season.

The former Liverpool man evidently loves playing with Messi, and back seating his wife in the car only proves the liking he has for him.

THAT is why Messi sits in the front seat of Suárez’s car.

You think his wife would have been able to finish that beautiful backheel?

Arguably, these two should be top of the list – not only has Sarabia assisted Ben Yedder five times, but Ben Yedder has done almost the same for Sarabia.

Two of Bayern Munich’s star men, the right-back loves an assist to the Pole in front of goal.

Lewandowski’s goals have helped the Bavarians overturn a nine-point deficit in the league to Borussia Dortmund going into the business end of the season.

A somewhat surprising entry into the list, like Sarabia and Ben Yedder, they’re one Fraser goal with a Wilson assist away from the same stat the other way around.

Considering Bournemouth currently sit in the bottom half of the table, it is a shock for the pair from the Premier League to be among the likes of some of these more illustrious names.

But what isn’t in doubt is that they are very much in sync with each other.

Lazio talisman Immobile has turned around his form from his Borussia Dortmund days to light up the Serie A since his return to Italy.

Thirteen goals and three assists have fired Lazio up to sixth, but his success does not come without the help of playmaker Joaquin Correa.

Five of his eight assists in the league have been to the Italian striker, showing their formidable partnership.

Juventus sit at the pinnacle of Serie A  with a 15-point lead over nearest rivals Napoli.

Only Serie A veteran Fabio Quagilarella has scored more league goals than Ronaldo this term, and the Portuguese has been helped by the evergreen Mario Mandzukic providing almost a quarter of the assists for Ronaldo’s goals.

Another day at the office, Cristiano.

These two are perhaps less well-known on the world stage but have been just as effective in front of goal as more high-profile players.

The Serbian duo have formed quite a formidable pair up top for Eintracht Frankfurt so far this season, helping them to sit in the top five of the Bundesliga.

Kostić and Jović are on loan from Hamburg and Benfica respectively, but the German side have an option to purchase both at the end of their deals, although a number of big clubs are reportedly keeping tabs on the latter.

Borussia Dortmund have stormed the Bundesliga this season – and Jadon Sancho and Marco Reus have played a big part in that.

Sancho, 18, has been a revelation for the Black and Yellow, whilst Reus has been scintillating all season back in the No.10 role.

The pair, alongside Paco Alcácer, will be hoping to take their form into the end of the season to ensure they take top spot ahead of rivals Bayern Munich. 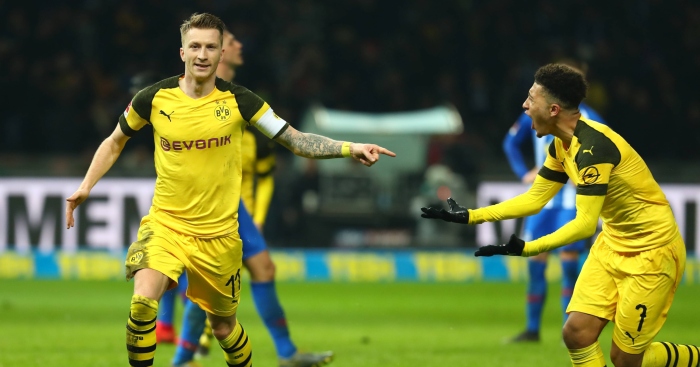 READ: 11 times Jadon Sancho has made complete fools of the opposition

It’s no surprise that Lille have fared so well this season with these two in the side.

Pépé’s 13 goals last term helped Lille to just about stay up in Ligue 1, a complete contrast to this year as they sit second behind PSG.

The forward has continued his impressive form and created an eye-catching partnership with opposite winger Jonathan Bamba, who owes six of his goals to the Ivorian.

PSG’s main men top the list having ripped Ligue 1 apart so far this season – with the help of Edinson Cavani as well, of course.

Mbappé has really kicked on since an outstanding World Cup, and Neymar has certainly benefitted from it.

The former Barcelona man has been assisted by Mbappé six times already this season, and you should expect that tally to increase once he’s back to fitness.

They make it look so easy.