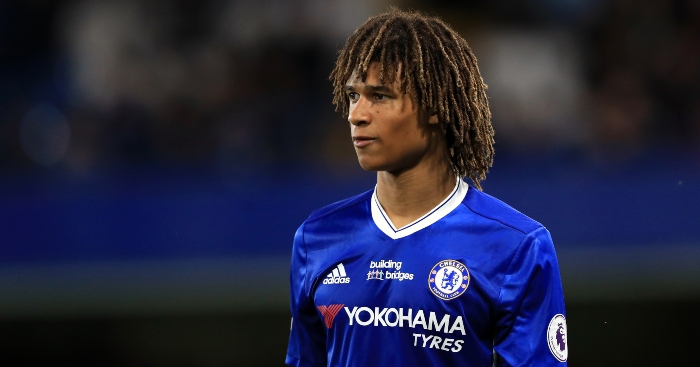 Chelsea have one of the best and most successful academies in English football – but their graduates haven’t always been given a chance in the first team.

Tammy Abraham and Mason Mount are both playing key roles at Stamford Bridge under Frank Lampard, but plenty of young players haven’t made the grade at Chelsea.

We’ve taken a look at every academy graduate that they’ve sold or received a compensation fee for since 2014-15. Players who joined to play in the youth sides but had already made senior appearances elsewhere have been excluded.

Van Aanholt joined Chelsea’s youth ranks in 2007 but only made two first-team appearances for the Blues. The defender had five loan spells away from Stamford Bridge before signing for Sunderland in 2014.

After impressing at the Stadium of Light, he reunited with Sam Allardyce at Crystal Palace in January 2017, although his home debut was a 0–4 loss against Sunderland four days later.

The 29-year-old has established himself as a regular at Selhurst Park and attracted interest from PSV Eindhoven in January 2020.

Saville moved to Chelsea’s academy from Reading along with Brendan Rodgers in 2004, and he is the younger brother of another Chelsea graduate, Jack Saville.

The midfielder won the 2010 FA Youth Cup and was on the bench during the 2012 Club World Cup in Japan but never featured for their first team.

He joined Wolves in 2014 and remains in the Championship with Middlesbrough.

Bertrand famously made his Champions League debut in the final against Bayern Munich in 2012 as Chelsea won on penalties.

“The whole achievement of the Champions League year is something I become more and more in awe of the further it gets,” Bertrand said in 2015.

“At the time it went by so quickly and you are aware it’s the biggest club competition, but the further you get away from it, the more respect you have for it, when you start to realise the greats and the teams that have won it.”

The left-back was still behind Ashley Cole in the pecking order at Stamford Bridge and signed for Southampton, initially on loan, in search of regular first-team football in 2014.

He has made 194 appearances for the Saints over the last five and a half years and scored his first goal for England in 2017.

Chelsea’s XI vs Bayern Munich in the 2012 Champions League final:

They were missing Branislav Ivanovic, John Terry, Ramires and Raul Meireles, who had each played over 40 games that season. pic.twitter.com/H91i0k475z

McEachran was a highly-rated prospect at Chelsea and tipped to be the next Frank Lampard after making his first-team debut at 17.

Despite signing a new five-year deal in 2011, the 26-year-old was frozen out by Andre Villas-Boas and eventually sold in 2015.

McEachran spent four years at Brentford before joining Birmingham City on a free transfer in September but faces a lengthy spell on the sidelines after tearing his anterior cruciate ligament.

Kakuta was one of the most sought-after teenagers in Europe, and Chelsea looked to have pulled off a coup when they won the race for his signature in 2007.

However, the Blues were found guilty of inducing the midfielder to break his contract with Lens and were given a transfer ban which was eventually overturned.

It was an awful lot of trouble for a player who failed to live up to the hype and was sold to Sevilla after making 16 first-team appearances.

“Then, during my loans, I had my share of responsibility. I did not really work. I did not have the mentality I have today.”

Conroy spent eight years at Chelsea but never made the breakthrough into their first team and was sold to Swindon Town in 2017.

The defender was named as their club captain in 2019 despite struggling with some serious injury problems over the past two years.

Chalobah joined Chelsea as 10-year-old and made 15 appearances for the club in 2016-17 as the Blues won the Premier League title.

The midfielder had loan spells at Watford, Nottingham Forest, Middlesbrough, Burnley, Reading and Napoli before returning to Watford on a permanent deal in 2017.

“Like any young player, you want to play football,” Chalobah told talkSPORT in 2018. “It was time for me to venture out and see if I can get some games under my belt and see where that takes me. It wasn’t an easy decision at all.”

He enjoyed a promising start at Vicarage Road but a fractured kneecap curtailed his momentum and the 25-year-old has struggled to break back into the side ever since.

Nathaniel Chalobah has scored a goal for the first time since December 2015, 1486 days ago in the Europa League for Napoli.

It's his first in English football since January 2015. ⏮ pic.twitter.com/EDsvWriLEY

Mars started his career at Barnet before moving to Chelsea’s academy in 2014, but he returned to his former club three years later.

The 21-year-old made just two appearances for the Bees and is currently playing non-league football with Farnborough.

Jameson was spotted by Chelsea while playing for Southport and was given an 18-month contract at Stamford Bridge after a successful trial.

The defender moved to West Brom a year later but was released at the end of the 2018-19 season and joined National League side AFC Fylde.

Ali played alongside Tammy Abraham, Fikayo Tomori and Mason Mount at Chelsea’s academy and won back to back FA Youth Cups in 2015 and 2016.

He followed the familiar path of spending time out on loan at Vitesse Arnhem before joining the club permanently for around £500,000 in 2017.

After two years at Vitesse, the 22-year-old signed for Saudi outfit Al-Nassr.

Ake was never given a proper opportunity to impress at Chelsea and made just 17 first-team appearances during his time at the club.

Following a successful loan spell, Bournemouth re-signed the defender on a permanent basis in 2017, and he has developed into one of the best defenders in the league.

The 24-year-old has been linked with a move to a number of big clubs, including a return to Stamford Bridge.

#Chelsea's buy-back clause in Nathan Ake did not expire in January and they can still re-sign him for £40m at the end of the season — Sun. #CFC

As with Kakuta, Traore’s transfer to Chelsea landed them in hot water.

The winger had actually played for the club’s youth teams for a number of years before being officially registered so the Blues were handed another transfer ban.

Traore failed to make an impact at Stamford Bridge and moved to Lyon for £8.8million in 2017 after loan spells with Ajax and Vitesse.

Panzo won the Under-17 World Cup with England but never played for Chelsea’s first-team and made the brave decision to Monaco in 2018.

The centre-back is yet to establish himself in France and is spending this season on loan at Cercle Brugge.

Boga made just one 18-minute appearance for Chelsea and had loan spells at Birmingham, Granada and Rennes before being sold to Sassuolo.

The 23-year-old has been a revelation in Italy this season, scoring seven league goals – including strikes against Inter Milan, Juventus and Roma.

Fortunately for Chelsea, a buyback clause was included in Boga’s contract so the winger could be returning to Stamford Bridge in the near future.

“Each thing comes in its own time. It was certainly not the time for me to play for Chelsea,” Boga told Foot Mercato in December 2019.

“I always keep that in the corner of my head. If I continue to do what I am doing, work hard, maybe I will be back one day.”

One of the best you'll see this weekend 🚀🚀🚀#SerieA pic.twitter.com/vq4axzGtTx

The midfielder got frustrated after being sent out on loan to four different clubs and joined Swedish side Ostersunds on a permanent deal in January 2019.

“You believe that it’s the process and you trust it, but you don’t always get the fair opportunity or the right move.”

Despite playing in two World Cups during his time at Chelsea, Omeruo never actually made a first-team appearance for the Blues.

The Nigerian spent six years out on loan and finally made a permanent switch to Leganes for around £4.5million in 2019.

Palmer was regarded as one of the most promising talents from Chelsea’s academy, but he couldn’t force his way into the first-team picture.

After five separate loan moves away from Stamford Bridge, the 23-year-old wanted a permanent home and joined Bristol City in 2019.

Kalas made his Premier League debut in the infamous 2-0 win over Liverpool in 2014, but that was one of just four appearances for Chelsea.

The defender had seven loan spells during his nine years at Stamford Bridge and finally cut all ties with the club in 2019, joining Bristol City for £8million.

Redan arrived from Ajax in 2017 with a big reputation and scored 14 goals in 34 games for Chelsea’s under-23 side last season.

The 19-year-old never represented the first team and his time in west London came to an end in 2019, with the forward moving to Germany with Hertha Berlin.

Angban never played for Chelsea, but they were still able to sell him to Metz for £5million in 2019. Not bad.

Dasilva won three FA Youth Cups during his time at Chelsea, but that wasn’t enough to earn him a first-team appearance.

The England Under-21 international finally got a permanent move to Bristol City in 2019 but fractured his leg in a training session after the first game of the season. How’s your luck?

Aina impressed Antonio Conte and made six appearances for Chelsea in 2016-17 as they won the league title.

After a successful loan spell at Torino, the Italians triggered the option to sign him permanently in 2019 and Aina has established himself as one of the best young players in Serie A.

“This was an opportunity to be in a top league, and to get some good experience,” Aina told the Independent in April 2019.

“And to try to do well for myself. I just took a leap of faith, and I just did it. Thankfully it has turned out to be more than what I expected.” 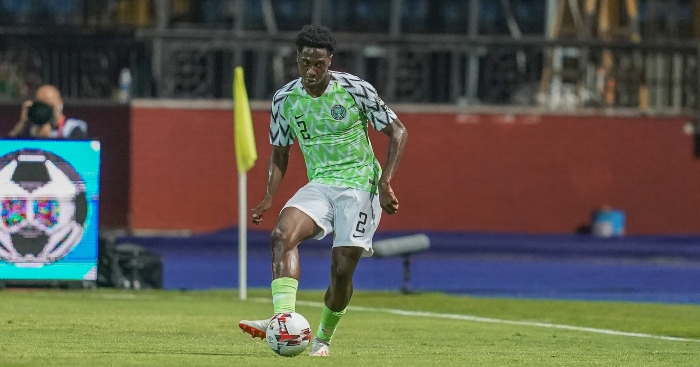 Mola spent four-and-a-half years at Chelsea’s academy but moved to German second division side Stuttgart in 2020 without making a professional appearance.

Lamptey made three Chelsea appearances in 2019-20, but Frank Lampard couldn’t convince the defender to stay at Stamford Bridge.

The 19-year-old refused to sign a new contract and felt that a permanent move to Brighton would be the best thing for his development.