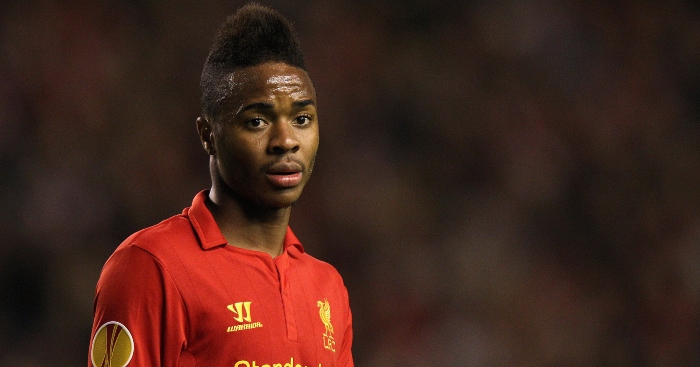 The last five years have been a time of great change for Liverpool, and in some cases that means academy players who might have made the grade earlier in the decade have been forced to fly the nest.

Since the start of the 2014-15 season, the Reds have said goodbye to a fair few academy graduates, from those who never played for the first team to those who, in the case of Steven Gerrard, played hundreds of times.

We’ve taken a look at the 12 who commanded a fee, whether a straight transfer or compensation package (no room for Stevie Free, sorry), to see what they’re up to now.

There was a time when a few of us were convinced Kelly would make it at Anfield, but after a couple of seasons in which he hit 20 appearances, the defender fell back in the queue.

Kelly played just five league games under Brendan Rodgers in the 2013-14 season, all of them from the bench, and was sold to Crystal Palace for around £2million that summer.

Having come through a number of injury battles, the England international is close to racking up 150 games for Palace and signed a new deal in 2019.

Liverpool’s youngest ever Premier League player, Robinson only ever played 11 times for the club, mostly in cup competitions.

QPR came in with a seven-figure bid in 2014, but injuries restricted his involvement for the London club and he only got one uninterrupted season before joining Nottingham Forest in 2018.

The defender finally has another shot at Premier League football, having made a January switch to Sheffield United.

Suso broke through under Rodgers, playing 20 times for Liverpool in the 2012-13 season, but after a stint with Almeria on loan he was picked up by AC Milan for just over £1million.

A lot has changed in the Spaniard’s time in Italy, with Milan cycling through seven managers since his arrival in 2014, but he has still managed to play 150+ times for the club.

His long-term future at the San Siro is now in doubt after moving on loan to Sevilla during the January 2020 transfer window.

Sterling’s emergence was one of the big reasons behind Suso being allowed to leave.

The winger, signed for Liverpool’s academy from QPR, had already played 120 games for the Reds by the time he left the club aged 20, earning them £49million in the process.

After a third straight 20-goal season for Manchester City, he’s probably worth a bit more than that now.

Canos fetched £2.5million from Norwich in 2016, despite only playing once for Liverpool’s first team.

That move to Norwich came off the back of some fine form on loan at Brentford, and once things didn’t go to plan with the Canaries he headed straight back to west London.

Sinclair is Liverpool’s youngest ever player in any competition, making his debut at 16, but only added four appearances to that cup outing.

He joined Watford in 2016, with the Hornets paying a reported £4million in compensation, but hasn’t made the progress he would have liked at Vicarage Road.

The 23-year-old is currently on loan at VVV Venlo in the Netherlands and has played 19 games this season without finding the net.

Wisdom was another to look on the verge of a proper breakthrough under Rodgers, but his 22 games were followed by several loan spells away from Anfield.

The defender got plenty of top-flight experience in England and Austria, but his current spell at Championship side Derby County marks his longest uninterrupted stint at one club.

After missing the start of the season due to injury, Wisdom has recently started to pick up a bit more game-time under Philip Cocu.

Brannagan was a victim of poor timing, getting his first taste of senior action around the time Jurgen Klopp was beginning to transform the squad.

He played nine times for the Reds, but by the time he returned from a loan spell at Fleetwood in 2017 it became clear he’d fallen behind in the queue.

The midfielder joined Oxford United in January 2018 and was part of the U’s side which beat West Ham 4-0 in this season’s League Cup.

After five years in Liverpool’s academy, young winger Dhanda left for Swansea in 2018 without having played a senior game for the Merseyside club.

The Swans paid a small amount of compensation for the Birmingham-born player, who is still just 21.

Dhanda scored on his debut for the Welsh side last season and has two goals from 11 appearances this time around.

A Liverpool academy prospect from the age of seven, Kent ultimately left after just one first-team appearance, against Exeter City in 2016.

After five loan spells away from Anfield, the winger made a permanent switch to Steven Gerrard’s Rangers for £6.5million over the summer.

Six goals, including one in an Old Firm victory at Celtic Park, feels like a reasonable start.

Scottish defender Johnston never made a senior appearance for Liverpool, but that didn’t stop Feyenoord forking out around £500,000 for his services.

The centre-back has played a few times for the reserves but is yet to earn a first-team bow for the Dutch side.

He’s part of a Scotland Under-21 squad still with a chance of making the 2021 European Championships.

The right-sided Portuguese youth international was a big part of Liverpool’s long-term plans last season, or so it seemed, but he left after just two appearances for the club.

He’s now back home with Sporting, the club with which he began his career before moving to England as a teenager.

Camacho, who doesn’t turn 20 until later this year, scored his first senior goal for the Lisbon club against Portimonense in the Taca de Liga.