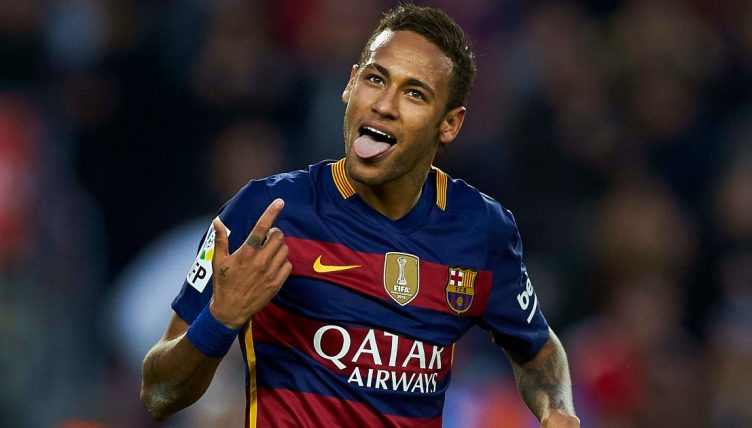 Cristiano Ronaldo and Lionel Messi have completely dominated world football for the past 14 years, scoring hundreds and hundreds of goals and winning trophy after trophy.

Between them, Messi and Ronaldo have picked up 12 Ballons d’Or – not to mention 14 national titles, 10 domestic cups, seven Champions Leagues and two continental crowns with their respective nations.

And on nine occasions, the Argentine and Portuguese superstars have finished as the top two in the running for football’s most prestigious individual award.

But what if the two greatest players of our generation – and two of the greatest of all time – had not existed? Who would have taken the Ballon d’Or in each of the years that one of them has won?

The football world would certainly look very different without them, so we’ve taken a look at who would have topped the podium in their place had they not been around.

After finishing second and third to Kaka in 2007, 2008 represented the beginning of the era of Messi and Ronaldo domination, with Ronaldo topping the podium after winning the Champions League with Manchester United and Messi coming in second.

In third place that year was the new star of the Premier League and Spain’s Euro 2008-winning striker Torres.

Torres had moved to Liverpool in 2007, striking up an instant partnership with Steven Gerrard and thumping in 33 goals as the Reds reached the Champions League last four. He’d got off to a strong start in the 2008-09 season too, scoring a cracker against Sunderland on the opening day.

Most significantly, though, Torres had won that European Championship with his nation, scoring the only goal of the final against Germany with a classic, dinked finish. 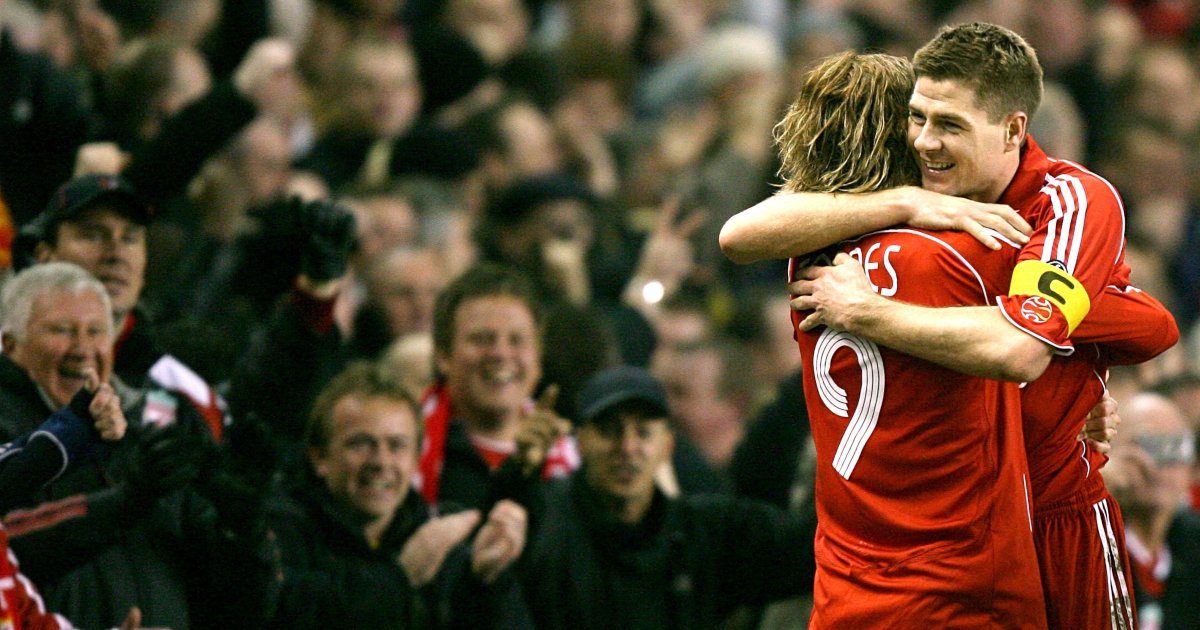 Another Ronaldo and Messi one-two and in third place was Messi’s magnificent Barcelona colleague Xavi.

The Spaniard had set the tempo for Pep Guardiola’s first great Barca side all through the 2008-09 campaign, controlling games and guiding his team to the Champions League title against Manchester United at the Stadio Olimpico in Rome.

This was the one year between 2008 and 2017 that there wasn’t a Ronaldo and Messi one-two.

After a trophyless first season at Rela Madrid and a last-16 World Cup exit with Portugal, Ronaldo was a distant sixth, with Iniesta finishing second in the running behind his Barca team-mate and continuing a period of Spanish domination.

Barca may have lost to Inter Milan in the semi-final of that season’s Champions League, but Iniesta more than made up for that by scoring the winner in extra time of Spain’s World Cup final against the Netherlands in Johannesburg.

Xavi completed an all La Masia podium, while Inter’s Wesley Sneijder (fourth) was the only player in the top eight not based in La Liga.

As Jorge Valdano put it: “If football was a science, Xavi would have discovered the formula. With a ball at his feet, no one else has ever communicated so intelligently with every player on the pitch.” 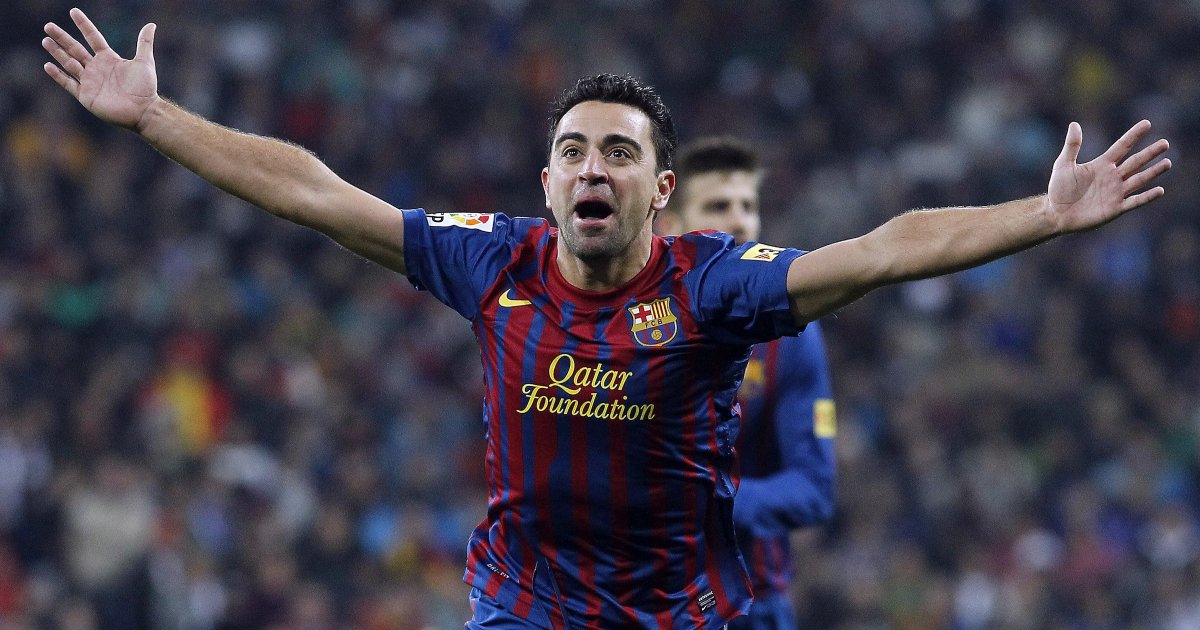 READ: 17 of the best quotes on Xavi: ‘There will be Before Xavi and After Xavi’

Iniesta was once again the star man for his nation at Euro 2012, given the man-of-the-match gong in the final to add to his Player of the Tournament award.

The fact that no Spaniard actually won the Ballon d’Or during the period from 2008-12 is perhaps surprising given the control they exercised over international football, but we guess that’s just testament to how far ahead of the rest Messi and Ronaldo really were at this point.

The Spanish stranglehold over the last place on the Ballon d’Or podium was finally broken, Bayern’s French winger Ribery getting in on the act after the German club had won the quintuple of domestic league and cup, Champions League, UEFA Supercup and Club World Cup.

This was also the closest anyone came in terms of vote share to breaking the duopoly before Luka Modric actually managed it. Ribery finished with 23.36% of the votes, behind Messi on 24.72% and Ronaldo on 27.99%.

The Frenchman certainly believed he was a worthy recipient, blaming his failure to take the award on his countrymen and the grudge they held against him after he was made the scapegoat for France’s 2010 World Cup debacle.

“It was as if [the Ballon d’Or] was stolen from me,” Ribery told Canal Football Club in 2018. “It’s incomprehensible. I won every trophy, I couldn’t have done more. It was an injustice.”

“I didn’t have my country behind me. I saw it with my own eyes that the French said Cristiano should win. Did the Portuguese want it to be Ribery or Messi? Of course not.”

The only goalkeeper on this list, Neuer was a World Cup winner with Germany as well as a domestic double winner with Bayern.

At this point, the German was busy redefining exactly how far a ‘keeper is supposed to advance from their area, and, had he won the Ballon d’Or, he’d have been a worthy recipient and the first ‘keeper since Lev Yashin in 1963 to collect the shiny ball.

Alas, Ronaldo hammered in 61 goals and got 20 assists in 60 games for club and country, helping Real Madrid to La Decima and earning his third best-footballer-in-the-world award.

Oh, how he’d love this to be real.

That Neymar has long lusted after the Ballon d’Or is no secret, with the Brazilian desperate to follow in the bootsteps of Kaka, Ronaldo Fenomeno, Rivaldo and Ronaldinho, who all picked up the prize in the decade before the Messi-Ronaldo axis was established.

Neymar was truly magnificent in 2015 too, winning the Champions League and scoring that goal against Villarreal in November. But with Messi still the main man at Barcelona, Neymar was never likely to finish top.

Ronaldo was absolutely miles ahead of both Messi and Griezmann in 2016, which is not a surprise given that the Portuguese goal-robot led Real Madrid to their 11th Champions League title and Portugal to glory at Euro 2016 – even if the latter was achieved as he shouted from the sidelines.

But Griezmann, on the losing side in both the Champions League and Euro finals, with Atletico Madrid and France respectively, may well feel this was an opportunity missed.

In the Champions League final at San Siro, Griezmann sent a second-half penalty crashing into the bar, foregoing a golden chance that could potentially have handed Atletico the title in normal time.

In the Euro final, France were heavy favourites and Griezmann their talisman. But they did not take advantage of their chances in the game and Eder made them pay with that rasping winner in the 14th minute of extra time.

Again, Neymar was on the podium. Again, though, it was the bottom step.

This was the year that the Brazilian became the world’s most expensive footballer with his €222million move from Barca to Paris Saint-Germain – and it was also the year that he put PSG to the sword almost single-handedly with the infamous Remontada victory at Camp Nou in March.

Still, it was not enough to dethrone Ronaldo, who scored 11 goals in 11 games for Portugal and won the European Cup with Real Madrid, scoring twice in the final against Juventus.

Modric actually won the Ballon d-Or in 2018, becoming the man to finally swat aside the two greats.

He did enough to deserve it too, controlling games from midfield and helping Real Madrid to another Champions League win and Croatia to the World Cup final.

Messi didn’t make the podium for the first time since 2006, finishing fifth behind Modric, Ronaldo, Griezmann and Kylian Mbappe.

Van Dijk finished second in 2019, just seven points behind Messi in the voting and a fair way ahead of Ronaldo.

Many would argue that the giant centre-half deserved to follow in Modric’s footsteps after the performances he put in at the heart of the Liverpool defence as they won the 2019 Champions League.

Still, Messi won back his crown, taking a record-breaking sixth Ballon d’Or after scoring 50 goals for club and country in the calendar year and firing Barcelona to the 2019 La Liga title.

After a hiatus in 2020 owing to the coronavirus pandemic, the Ballon was back in 2021 and Messi took it again. This time, he finished top ahead of Robert Lewandowski, with Ronaldo all the way down in sixth – his lowest finish since 2010.

Had the 2020 Ballon d’Or been awarded, Lewandowski would likely have won after his outrageous goalscoring feats took Bayern to a sextuple – the same trophies as their 2013 quintuple, but with added German Supercup.

“Everyone knows and we agree that you were the winner last year. I hope France Football will give you the 2020 Ballon d’Or. We all believe you deserved it and I hope you can have it in your home,” Messi told the Bayern icon at the 2021 ceremony.

And Lewandowski could feel a little hard done to this year too. As of November 30, Lewandowski has scored 64 goals in 54 games in 2021, breaking Gerd Muller’s single-season Bundesliga scoring record on the way to the 2021 title.

Yet with Messi finally getting his hands on international silverware – and performing spectacularly as Argentina won the Copa America – he just managed to edge out the lanky Pole.