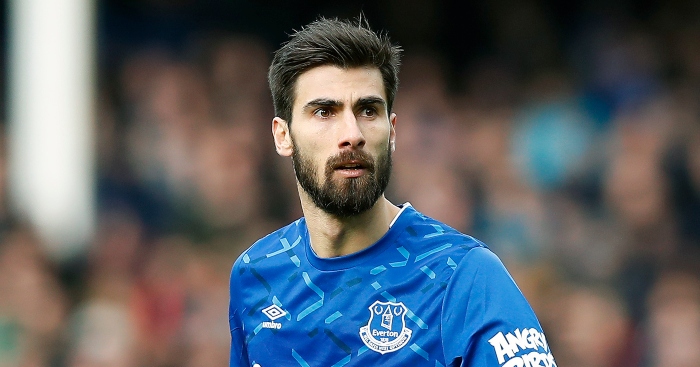 Barcelona have only the Champions League left as they bid to avoid finishing the 2019-20 season trophyless – so it’s only natural to look at who they let go last summer and ask if any mistakes were made.

The Spanish giants have spent an eye-watering amount of money on new signings in recent years, but what has come of the players they sold to finance that spending?

We’ve looked at the eight players Barcelona sold in the summer of 2019 to see how they’ve fared this past season.

Barcelona famously hijacked Malcom’s move to Roma in 2018, but the winger spent just one season in La Liga before moving on to Zenit Saint Petersburg.

Sadly, the Brazil international quickly became unsettled in Russia after receiving racist abuse from a section of the club’s fans during his debut against Krasnodar.

“I have received messages about returning to Barcelona,” Malcom told RMC Sport in November 2019.

“Whenever I was given a chance to play [at Barcelona] I think I did well. For that reason, I believe the Barcelona fans still love me.”

Injuries have restricted the 23-year-old to 14 appearances in all competitions this season, but he won Zenit’s Player of the Month award in March 2020.

Zenit sent Malcom’s Player of the Month award to him by drone! 😱 pic.twitter.com/Y0pl5CA1tq

However, the goalkeeper has failed to impress in his 24 La Liga games this season and lost his starting spot to Jaume Domenech.

Valencia are reportedly preparing to cut their losses on the Netherlands international, who has been linked with a move to Ajax.

Gomes was deemed surplus to requirements at Barcelona and joined Everton on a permanent deal in 2019 following a successful loan spell with the Toffees.

“It was a really good experience in Barcelona. For me it was really good to play with Iniesta, with Busquets, with Messi, with Suarez,” Gomes told The Guardian in July 2019.

“You can really enjoy the training sessions, learn a lot, especially in the game, and when you play Champions League every week, cup games, derbies against Madrid. It’s a kind of different pressure but you learn a lot.”

The 26-year-old suffered a horrific fracture-dislocation of his right ankle in November 2019 but returned to action just 112 days later, becoming a key player under Carlo Ancelotti.

After a disastrous loan spell at Arsenal, Suarez joined boyhood club Celta Vigo on a permanent deal in 2019.

His fortunes have improved at the Estadio de Balaidos and the midfielder is playing regularly again, making 28 appearances in all competitions in 2019-20.

Cardona made just two appearances for Barcelona’s first team and was linked with a move to Aberdeen before joining Osasuna in a €2.5million deal.

The striker failed to establish himself as a regular in the team, scoring two goals in 22 appearances in all competitions in 2019-20.

Cucurella spent 2018-19 on loan at Eibar, who made the loan move permanent for €2million at the end of the season.

In a bizarre turn of events, Barcelona triggered the €4million buy-back clause in the Spaniard’s contract just 16 days after his departure.

The left-back was immediately sent out on loan to Getafe and enjoyed an excellent season at the Madrid-based club, making 37 appearances in La Liga.

Getafe exercised their option to purchase the player for €10million in June 2020 and Barcelona will also get 10% of any future sale.

“Barcelona are a great club and there, the most important thing is to win,” Cucurella told Diario Sport in February 2020.

“However, they do not have the patience that would have existed before and for youth-team players, they do not get the same opportunities that they deserve.

“It tastes bad because when I was in the youth-team, I expected to be trusted more but the need to win outweighs the need to be patient.”

Initially on loan from Barcelona, he recently made the deal permanent and has been a standout star for José Bordalás’ team 👏

Palencia came through the famous La Masia academy at Barcelona and captained their B team but failed to break into the senior squad.

After a loan spell at Bordeaux, the right-back signed for fellow Ligue 1 side Saint-Etienne in 2019, where he has made just nine appearances in all competitions.

Ortola signed for Barcelona B in 2013. Despite making 96 appearances for the second string, he couldn’t break into the first team.

The 26-year-old joined Tenerife in the Segunda Division in 2019 and immediately cemented his position as their first-choice goalkeeper, making 39 appearances in all competitions.