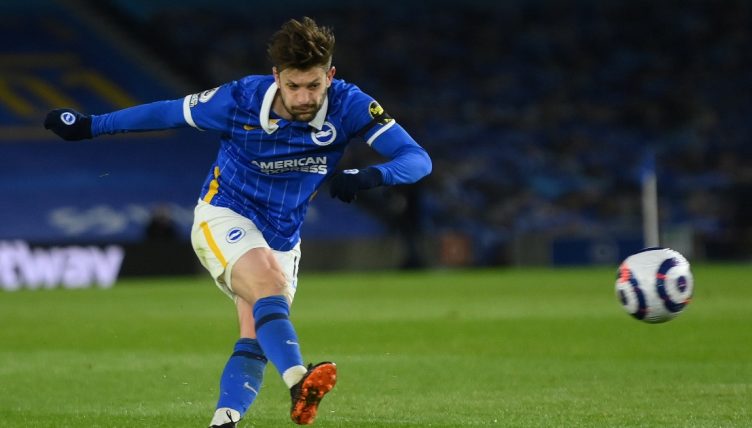 Liverpool were on top of the world following their 2019-2020 Premier League success after a 30-year wait.

Jurgen Klopp has never been afraid to trim his squad at Anfield and the Reds jettisoned eight players after their title success.

After looking at the academy graduates who were released by the club in 2020, we’ve now taken a look at the first-team players who were sold or released to see how they’ve fared since.

Richard Wright, Scott Carson, Robert Green – some of the Premier League’s most successful teams have contained goalkeepers that you won’t find us suggesting have been signed just to fill those pesky homegrown quotas.

Lonergan is cut from the same cloth. The goalkeeper has been a Football League stalwart for the past two decades apart from a brief interlude in Klopp’s title-winning gang.

He was included on the bench for the 2019 Super Cup final and both of Liverpool’s Club World Cup matches but failed to make it onto the pitch.

A former England youth international, Lonergan moved to Championship side Stoke but his only appearance in the 2020-21 season was during the League Cup defeat to Tottenham.

The 37-year-old signed a short-term deal with West Brom in January 2021 and has remained at the club following their relegation.

Lallana was an important part of the Liverpool team after his 2014 arrival, but his final few seasons at Anfield were marked by injuries and diminishing returns.

The former England midfielder scored a crucial equaliser at Old Trafford during the title-winning season but it was his first Liverpool goal in over two years. Other players rose to prominence and Lallana found himself squeezed out.

A move to Brighton should have been the catalyst for the 33-year-old’s renaissance – but the jury’s still out about that.

He’s certainly had his moments, including helping Brighton secure their first win at Liverpool since 1982 and securing an impressive comeback win over Manchester City.

But injuries have stalled any momentum despite the 30 league appearances Lallana made. His experience has still proven invaluable to a young Brighton squad but hope remains that Lallana get back to his own former best next season.

It's his first goal in 1️⃣8️⃣ months

Clyne has a convincing argument for being the most forgotten footballer in the Premier League.

It wasn’t so long ago that the full-back was a starter in both the Liverpool and England sides. But both have improved immeasurably in the past five years and Clyne’s well-documented injury struggles mean he’s been left behind.

He made no appearances during 2019-20 after suffering an anterior cruciate ligament injury in pre-season and was released by the club at the season.

Former club Crystal Palace stepped in and gave Clyne an opportunity to regain fitness. After playing for their Under-23 team, Clyne signed a short-term deal with the Premier League side and made his debut during a victory at Fulham in October 2020.

He made a total of 14 appearances during Roy Hodgson’s final season at Selhurst Park but was released, alongside 21 others, last month.

One of the world’s best defenders (his words, not ours) ended a six-year spell at Liverpool by securing a €12million move to Zenit Saint Petersburg.

The ridicule of the Croatia defender has always masked his genuine merits and Lovren has made a good impression in Russia.

His performances at the heart of defence were instrumental in securing Zenit their seventh league title and Lovren was awarded the captaincy after the previous incumbent, Artem Dzyuba, was stripped of the honour.

Lovren also made two appearances for Croatia at Euro 2020 as his country reached the knockout stages.

After spending the 2019-20 season on loan at Championship side Reading, Ejaria made the permanent switch to the Madjeski Stadium for an undisclosed fee.

Despite his undoubted talent, the attacking midfielder has frustrated Reading fans at times with his inconsistencies. After one dazzling display against QPR, that should have contained a hat-trick of assists, some supporters noted his ability to even surprise himself and run into cul-de-sac’s when in possession.

Ejaria has immense dribbling skills and close control but only scored three goals in 33 Championship appearances. Safe to say that Reading fans will be hoping there’s more to come.

Hoever became the third youngster player in Liverpool’s illustrious history when he played against Wolves in the FA Cup third round in January 2019.

Eighteen months later, the centre-back was on the move to Molineux. £9million changed hands between the two clubs and Hoever had an opportunity to establish himself in one of the Premier League’s more exciting squads.

After a handful of substitute appearances, he made his full debut against Manchester United and acquitted himself well at Old Trafford as Wolves were only defeated by a late deflected goal.

The Netherlands youth international made 15 appearances in all competitions and, aged just 19, will be hoping to build upon this next season.

Brewster undoubtedly has potential but his move to Sheffield United has been a disaster so far.

Looking to consolidate after an impressive return to the Premier League, Chris Wilder spent £23.5million on the 20-year-old to rectify their goalscoring issues.

The result? Brewster failed to score once and Sheffield United spent the entire campaign anchored to the bottom of the league.

Maybe he’ll find his feet in the Championship, especially after a previous impressive spell in the division at Swansea. And we’re reluctant to write off a player who only turned 21 in April.

But Brewster’s stock is definitely lower than this time last year.

Kane would always have found it unlikely to break into Liverpool’s first XI and he secured a move to Barnsley in October 2020.

The Bristol-born midfielder has found himself playing for one of the Championship’s surprise success stories. Despite having no expectations, Barnsley reached the play-offs and Kane made 27 appearances during their campaign.

After Valerien Ismael moved to West Brom, the 22-year-old Kane will be looking to further establish himself under their next manager.