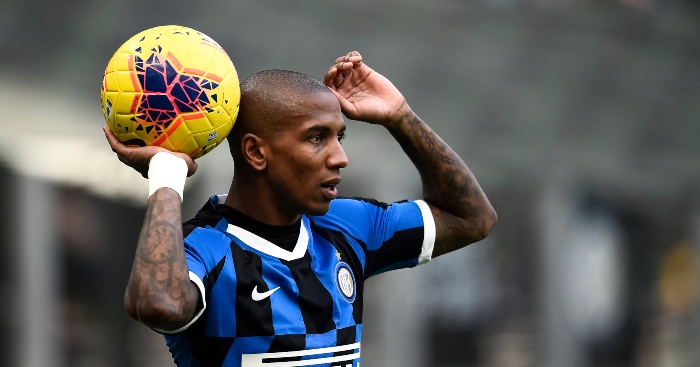 Manchester United will look back on 2019-20 as a successful season after finishing third in the Premier League – and their transfer business has been key.

Ole Gunnar Solskjaer has signed Daniel James, Harry Maguire, Aaron Wan-Bissaka and, most crucially of all, Bruno Fernandes, but what has come of the players they sold to finance that spending?

After looking at the academy graduates who were released by the club in 2019, we’ve now taken a look at the first-team players who were sold or released to see how they’ve fared this past season.

Herrera was a fan favourite at Old Trafford but joined PSG on a free transfer last summer after rejecting a new contract from United.

“When I look back a year ago, my intention was not to leave Manchester United,” Herrera told ESPN in May.

“They really suffer when things don’t go well and they really fight to bring Manchester United back. I disagreed with some of the decisions they made but this happens in football. In happens in every company.”

Injury problems and strong competition for places limited him to just eight Ligue 1 appearances in 2019-20 as PSG won their third consecutive league title.

After spending 10 years at United, Valencia joined LDU Quito in his native Ecuador upon the expiration of his contract at the end of last season.

The 34-year-old made 32 appearances in all competitions in 2019-20, winning the Copa Ecuador and the Supercopa Ecuador.

But he is now a free agent after agreeing to terminate his contract with the Ecuadorian giants in July 2020 due to their economic problems.

Lukaku was a much-maligned figure during his two years at United and so it seemed like a good deal when he joined Inter Milan for £74million.

“It was a difficult situation where for myself I had to make a decision where I have to go somewhere where I can learn other aspects of my game and work with somebody that wanted me as well,” Lukaku said In a YouTube interview with Ian Wright.

“Ole wanted me to stay, but I told him I was over. I didn’t have the energy. All credit to him because he’s been a man and he helped me make the move away.”

The striker has well and truly proved his doubters wrong in Italy, however, scoring 23 goals in 36 Serie A appearances while helping Inter finish in second place, one point behind Juventus.

Lukaku and Eriksen combine and the Belgian puts Inter in front! 🔵⚫

A great move from Conte's side 👏 pic.twitter.com/8J2hsrsIxB

Young fell behind Aaron Wan-Bissaka in the pecking order at Old Trafford and joined Inter Milan on an initial six-month contract in January 2020.

The full-back has rediscovered his best form in Italy, registering four goals and four assists in 18 Serie A appearances.

Darmian had a bit-part role at United and returned to Italy with Parma in search of regular first-team football.

The right-back has been an ever-present for the Serie A club, making 33 league appearances in 2019-20.

O’Connor starred for United’s reserves was tipped for a bright future at Old Trafford but decided to join Celtic in 2019.

“It was a tough decision to leave, but at the end of the day, it has to be purely about football and what’s best for my career and I think I made the right decision,” O’Connor said in October 2019.

“I had an amazing three-and-a-bit seasons at United. I couldn’t speak highly enough about the club, the people at it, the players, everyone. But I think it was time for me to move on and everyone at the club understood that.”

The 20-year-old is yet to make his competitive debut for Celtic and spent the second half of the 2019-20 season on loan at Partick Thistle.

Burkart rose through the youth ranks at United before joining Bundesliga side SC Freiburg for an undisclosed fee last summer.

The striker has scored one goal in 17 appearances for their reserve team and is yet to make his first-team debut.