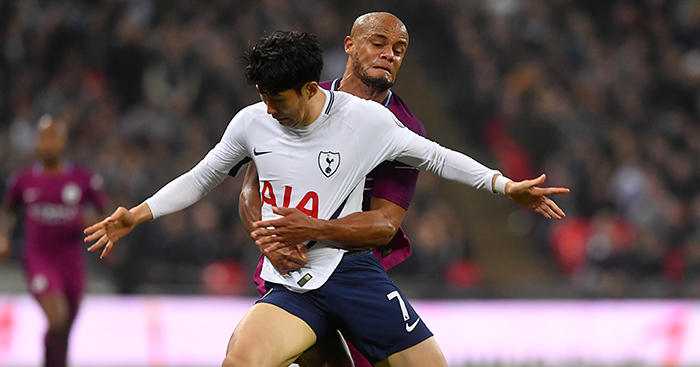 It’s easy to hate your rivals, but every Premier League club has a player you can’t help but love. From Kanté to Kompany, these are the league’s good guys.

What does it take to be a lovable footballer?

Generally, the checklist is a short one. We love players that play for our club, no matters how scandalous or morally bankrupt they happen to be.

Footballers can be terrible people, but we like having a terrible person to call our own, whose terrible name we can have printed on our back.

Every now and again, however, a player comes along who is loved by everyone, no matter whose badge they happen to wear.

Whether they give to charity, wear a funny hat or just get injured a lot, these are the most lovable players in the Premier League.

First and foremost, it’s hard to dislike a footballer who once had his skull kicked in and wears a little hat to remind you of it.

But Petr Čech elicits more than just sympathy. Since arriving in the Premier League 15 years ago, the Czech has gone about his business with skill and charm — even while standing behind John Terry.

Continuing the trend of footballers we love partly because they got injured, Bournemouth’s Callum Wilson is a popular guy.

He made his England debut in Wayne Rooney’s farewell friendly against the USA, and you probably enjoyed his goal as much as any of Rooney’s.

Chris Hughton is stockpiling crap £15 million imports from Europe, but Pascal Gross has been one of Brighton’s good signings.

He got you points on FPL, didn’t he?

Not many players could write a rubbish column for the Daily Mail and still be popular, so hats off to Crouchy for two decades of entertainment.

Every member of the Cardiff squad has elbowed someone in your team, but you’d welcome a broken nose from Callum Paterson more than anyone else.

Wikipedia states his position as ‘Utility Player’, which is a big box ticker for this particular exercise.

Why did Callum Paterson two-foot the ball after Hoilett's winner?! 😭🤣 pic.twitter.com/OEX9cEFEfa

Rides a bike, pays his taxes, waits patiently to lift the World Cup trophy… N’Golo Kanté is an absolute sweetheart.

The biggest compliment one can pay the Frenchman is that he’s lovable full stop, not just lovable for a Chelsea player.

Kick a ball into your own face and people will appreciate you.

Leighton Baines is a bit crap now, and he’s not as handsome as Rob thinks he is. (André Gomes?)

Nonetheless, the left-back’s dogged rejection of contemporary fashion has made him a cult hero.

Fulham’s squad is a ragtag bunch of mercenaries, which is exactly why they are going down and exactly why nobody cares.

It seems silly that Ryan Sessegnon was almost called up for the World Cup, but I think we all collectively wish him well for the future.

Christopher Schindler’s penalty took Huddersfield into the Premier League, and his Championship-level defending will take them back again.

Your favourite Leicester player and your favourite meme, Harry Maguire has all the cultish energy of Jamie Vardy without the constant sense of danger.

Has a slab for a head.

“Can you ask the neighbours to put the bins out on Monday? We’re not going home just yet” 🏴󠁧󠁢󠁥󠁮󠁧󠁿

James Milner was a candidate, as was Sadio Mané, as was Gini Wijnaldum. Liverpool have got a lot of really likeable players actually.

At the end of the day, though, young Trent Alexander-Arnold is probably going to become England’s first-choice right-back, which means we won’t have to look at Kieran Trippier’s hair anymore.

For that and other reasons, he’s quite lovable.

If Vincent Kompany leaves this summer, Man City will have a big problem on their hands.

One strongly suspects that the club’s ability to dodge Financial Fair Play rules is because nobody wants Kompany to flash those sad eyes you see every time he walks off injured.

More importantly, everything the captain says seems thoughtful and genuine, and his predecessor was Richard Dunne.

Juan Mata is the closest thing United have to a latter-day Ryan Giggs, except he has a sensible charity initiative instead of all the sex stuff.

One-club man? Born in the city? Death threats for injuring Luis Suárez? There’s a lot to like about Paul Dummett, the heir apparent to Robbie Elliott.

Ryan Bertrand has literally been a Pointless answer thanks to his appearance in Chelsea’s Champions League final victory in 2012.

James Ward-Prowse was another option, but he recently got Wilfried Zaha sent off then celebrated like he’d scored, which was a bit weird.

Everyone loves Harry Kane, but Son Heung-Min never offered up his children’s lives to claim a goal.

And Kane’s nowhere near as good at handshakes.

Between the eccentric Heurelho Gomes and the forcefully non-eccentric Ben Foster, Watford have one of the most amiable goalkeeping tag-teams around.

We love a good redemption story, and the transformation of Robert Snodgrass is a particularly good one.

He can see through walls, you know.

TAA and Aaron Wan-Bissaka are both having brilliant seasons in the same position, but Wolves’ Matt Doherty has been one of the surprises of the campaign.

The marauding wing-back has made as many assists as David Silva.

His only critic, it seems, is former Ireland boss Martin O’Neill, who had a go at him for wearing gloves.