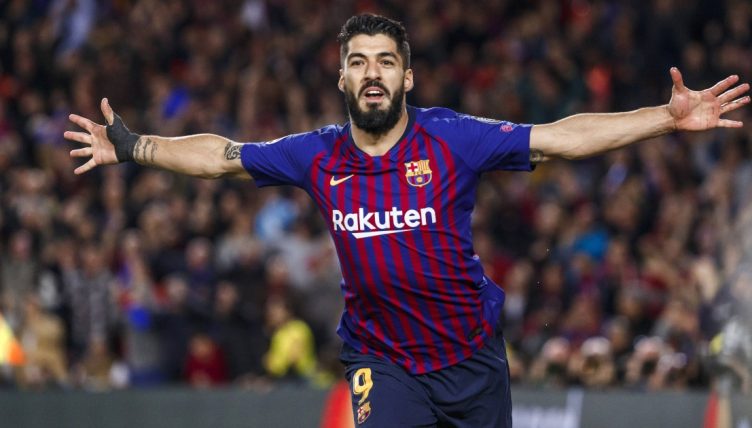 Former Liverpool, Arsenal, Manchester United and Chelsea players are among those to have been tempted by the allure of Barcelona since the turn of the millennium.

The cash-strapped Catalan club have made Andreas Christensen their next signing from the Premier League, with a deal for the Chelsea defender having finally been registered, and they remain keenly interested in Raphinha of Leeds United.

Since 2000, Barca have signed 20 players from Premier League clubs, and we’ve taken a look at the footsteps Christensen will follow in.

Aubameyang established himself as one of the Premier League’s top goalscorers at Arsenal but his form fell off a cliff following a lucrative contract extension in 2020.

Having fallen out with Gunners boss Mikel Arteta, Aubameyang was granted a cut-price move away from the Emirates in January 2022 and Barcelona were the grateful beneficiaries of Arteta’s dressing room cleanse.

The Gabon international scored 11 goals in 17 La Liga matches, including eye-catching performances against Valencia and Real Madrid, as Barca’s improved form earned them second place in 2021-22.

Where's a Black Panther mask when you need it? pic.twitter.com/nSUa5W7314

The Camp Nou had not seen anything quite like it.

Traore, who had signed on a loan deal from Wolves, was written off by some Spanish pundits as a player lacking the technical quality to elevate Xavi’s struggling side.

But, on his second club debut, the Spain international tore champions Atletico Madrid apart with his directness and unpredictability. No wonder he was given a standing ovation by the adoring Barca faithful.

His good start eventually petered out and Barcelona passed on the option of permanently signing Traore.

Torres showed flashes of quality at Manchester City but the Spain international jumped at the chance to move back to his home country when Barca came calling in January 2022.

“I’ve always said it, it was very clear to me. I went to City to return to one of the greats in Spain. I was prepared to assume this responsibility. I want to return Barca to the place where it deserves,” Torres said at his unveiling.

And, despite crying with frustration during Barca’s Europa League tie with Napoli, the 22-year-old has registered seven goals and six assists during his 22 appearances last season.

In an interview in Spain in May (via Sports Illustrated), the forward discussed why it was an easy decision, despite the Blues’ success.

“[City] were winning everything, but when you don’t have the opportunities you want, you consider other options. Xavi wanted me, and it was a no-brainer.”

The 21-year-old centre-back is clearly talented – just look at how his coaches view him.

Pep Guardiola had a spell of using him at Manchester City before it became clear he was running down his contract, Luis Enrique has given him tons of minutes in the Spanish national team, including a prominent role at Euro 2020, while Ronald Koeman and Xavi have called upon him after his return to his boyhood club on a free transfer last summer.

But from an outsider’s perspective, we’re yet to be fully convinced. His fledgling career has featured a few shaky moments, including two red cards already. We’re sure that he’ll prove us wrong though – his managers probably know more about football than us. 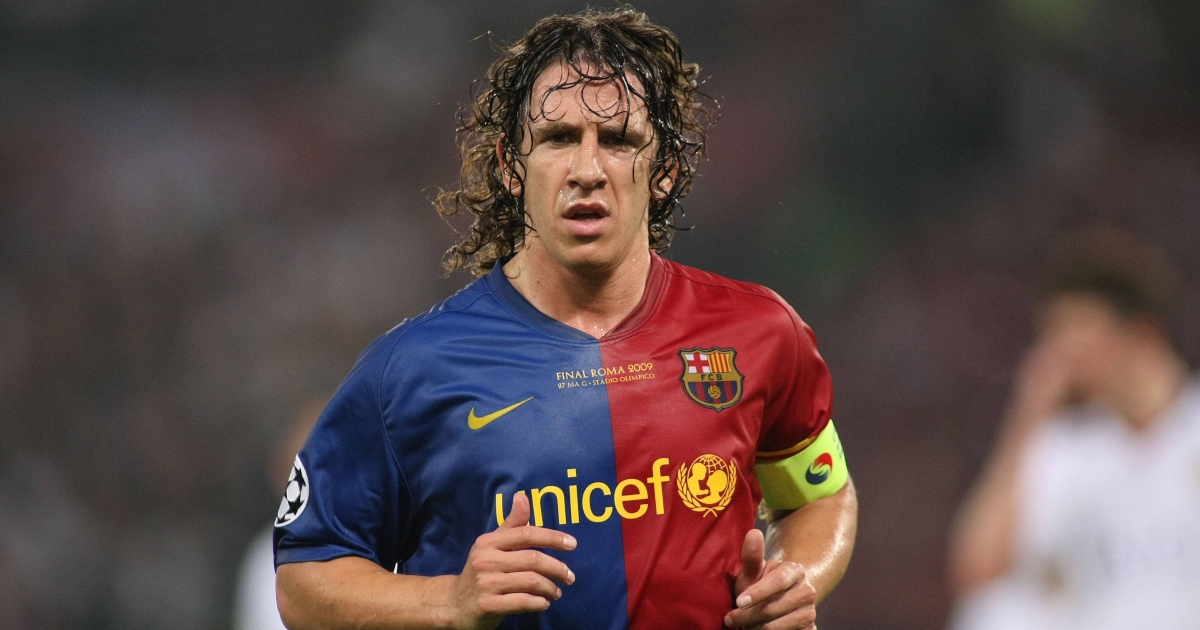 Arriving at the Camp Nou in search of a new chapter, having scored 260 across a ten-year stint at Manchester City, things sadly didn’t pan out for Aguero.

The striker made four appearances for the club and scored his only goal in El Clasico, a late consolation in a 2-1 defeat to Real Madrid, before a heart problem brought an abrupt end to his brilliant career.

“I always dreamt about playing football, since I was five years old. I want to share my gratitude to everyone, regardless of where I’ve played, Atletico Madrid, Manchester City, Barca,” the Argentinian legend said at an emotional press conference announcing his retirement.

If Ousmane Dembele is Exhibit A in Barcelona’s recent financial mismanagement, how they totally squandered the record €222million fee received from PSG for Neymar, then Coutinho is Exhibit B.

The Brazilian produced the best football of his career at Liverpool, but he failed to replicate that at Barcelona – a square peg in a round hole, unable to fill the shoes of Neymar or Andres Iniesta.

Having scored twice against Barca for Bayern Munich in that Champions League demolition, Coutinho has now joined Aston Villa on a permanent basis following a semi-successful loan spell last season.

Barcelona were lucky to receive a fraction of the £142million they paid to Liverpool, who reinvested the funds brilliant to build a Premier League and Champions League-winning team.

Deulofeu has trodden a bizarre career path to date. After initially impressing on loan at Everton from Barcelona, he was then sent to Sevilla, but he underwhelmed and was named in Marca’s ‘Worst Team of the Season’.

As a result, he returned to Everton, this time in a permanent deal, and again showed glimpses of quality, albeit paired with inconsistency.

Eighteen months into his second spell with the Toffees, he was sent on loan to Milan, where he caught the eye to such an extent that Barcelona chose to exercise their buyback clause on the winger.

Ten La Liga appearances followed in the first half of the season before he was loaned out yet again, this time back to England with Watford. Now at Udinese, we are left with no idea whether he’s any good or not.

At the end of the day, he has made 23 appearances and scored two goals for Barcelona, which is more than you.

Suarez made just two first-team appearances for Manchester City before joining Barcelona and spending a season with their B team.

A year on loan at Sevilla followed and Villarreal actually bought the midfielder, only for his performances to persuade Barca to take advantage of their buyback clause.

Establishing himself in the side wasn’t an easy task, and he could never quite establish himself as a regular first-teamer, eventually settling back at boyhood club Celta Vigo.

Despite joining Barcelona on the back of yet another ban for biting, Suarez slotted in seamlessly to establish himself as one of the best players in the world. Slotting in alongside Neymar and Messi, the front three were unstoppable under Luis Enrique.

The Uruguayan scored 198 goals in 283 appearances, and has four La Liga titles, four Spanish Cups, two Spanish Super Cups, the Champions League, the UEFA Super Cup and the Club World Cup from his six years at the club.

He even went and showed Barca what they were missing by firing Atletico Madrid to the La Liga title in 2021.

Another player to be selected in a ‘Worst Team of the Season’ by Marca, Vermaelen made just one appearance in his maiden campaign at Barcelona after joining in a £15million move from Arsenal due to a host of injuries.

The defender was more involved in his second season before spending a year on loan at Roma and then returning to the Camp Nou in 2017-18 and featuring more regularly on his return.

A weird move that unsurprisingly was not a great success.

It’s easy to forget Song actually played for Barcelona, given how things have gone for him since. Released by Rubin Kazan, a stint with Swiss side Sion, currently at Djiboutian club Arta/Solar7.

Two of his four years in Spain were spent on loan at West Ham, but we’ll always have this moment at least.

A great excuse to use the GIF…

When he thought #FCB captain Carles Puyol was handing him the La Liga trophy… but it's actually for Eric Abidal 😂 pic.twitter.com/ziwH9RL7ew

It was always a matter of when, not if, Fabregas returned to Barcelona from Arsenal.

However, though the Spain international is undoubtedly a special player, he was not the star player at the Camp Nou and had to adapt to different roles given Xavi, Andres Iniesta and Sergio Busquets were already established at the club.

A return to London with Chelsea in 2014 seemed to be the best move for all parties.

Mascherano was signed from Liverpool as a midfielder but given Barcelona’s embarrassment of riches in that area went on to thrive as a centre-back, winning 18 trophies in total before leaving for China in January 2018.

“It has been a spectacular dream,” he said upon his departure. “It is a very special club and I feel privileged to have been part of it. Barca is much bigger than you could ever imagine.”

We’re not saying it didn’t go to plan*, but the fact Hleb burst into tears when he realised he was leaving Arsenal was portentous for his time at the Catalan giants.

Hleb failed to settle in Barcelona and fell out with Pep Guardiola after failing to make the matchday squad for the Champions League final. Still, at least he got to live at Thierry Henry’s gaff.

*we are saying it didn’t go to plan. 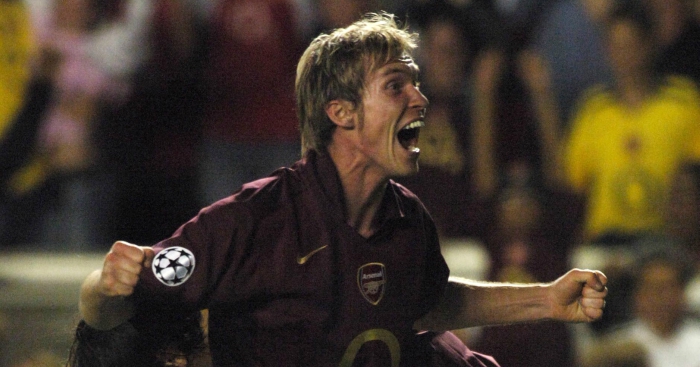 Sir Alex Ferguson had made up his mind on Pique after seeing the defender bullied by Kevin Davies in Manchester United’s 1-0 defeat to Bolton in 2007, and he was allowed to join Barcelona in a £5million deal the following year.

While Barca saw the potential in Pique, he has quite possibly surpassed their expectations, establishing himself as a crucial player during their decade of dominance, remaining there today – a constant throughout their riches-to-rags arc.

The Henry Barcelona eventually captured from Arsenal may not have been peak-Henry, but he still managed to help the club win the Treble in 2008-09.

His transition to Spain was not straightforward, and he told Sky Sports that he had to learn how to play football all over again at the age of 30 when Pep Guardiola took over as manager. 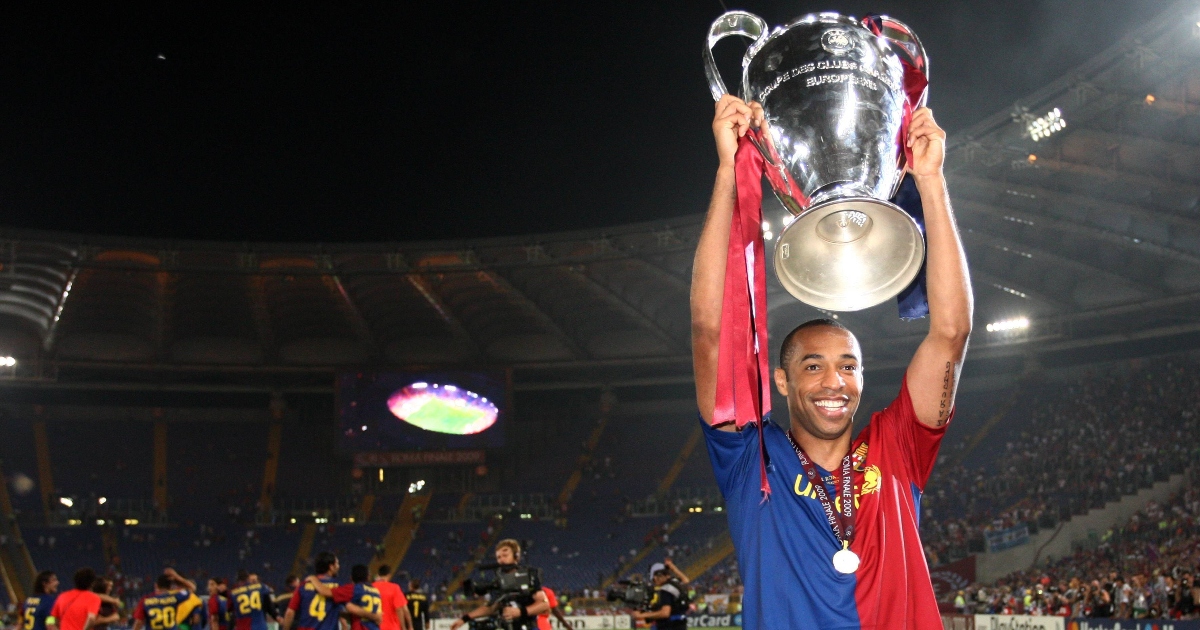 READ: Outscoring Messi & winning it all: A tribute to Thierry Henry at Barcelona

We’re big fans of Gudjohnsen, an excellent footballer who we wish we could have joined on a night out with Jimmy Floyd Hasselbaink.

The Iceland hero replaced Henrik Larsson at Barcelona, and while he was never truly a key figure in the starting XI, he was no doubt a useful squad member and was rewarded with the Treble.

Another player who was forced to adapt to a new role at Barcelona, Van Bronckhorst was initially signed on loan from Arsenal, where he had usually operated as a midfielder.

The Holland international switched to left-back in Spain and established himself in the side before the move was made permanent for only €2million.

Overmars became the most expensive Dutch player in history when Barcelona splashed the cash to sign the winger in a £25million move from Arsenal.

Injuries and Barcelona’s indifferent form, which led to a number of managerial changes, meant Overmars never recaptured his form for the Gunners and he retired after four years due to persistent fitness issues.

In total, he scored 19 goals for the club, less than half he managed for Arsenal, despite being in Spain for one year longer.

Petit arrived at Barcelona as part of the deal which also involved Overmars, but the Frenchman suffered a similarly frustrating spell, claiming that coach Lorenzo Serra Ferrer did not even know his position when he moved to the Nou Camp.

Unsurprisingly, he lasted only a season before returning to London with Chelsea.