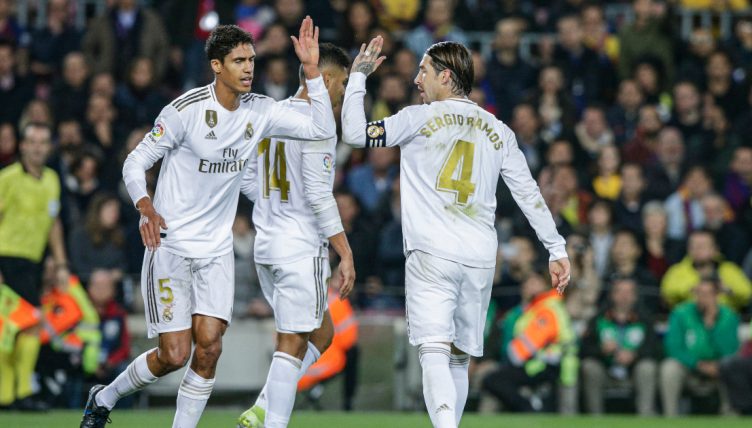 Real Madrid have always been a club of superstars, to the point where even players who don’t succeed at the Bernabeu have fantastic careers elsewhere.

Playing for one of the biggest clubs in the world comes with a lot of pressure that even the greatest players just can’t handle – and a ‘Real Madrid reject’ will likely be the best player on the pitch wherever he eventually ends up.

When a club is stacked full of footballing legends, their departures hit hard. When the likes of Cristiano Ronaldo and Iker Casillas left the Santiago Bernabeu, they were near enough impossible to replace.

Real Madrid have been going through something of a rebuild, trying to find the next Neymar to combine with their ‘Galactico’ signings, and are coping well. Vinicius Junior and Karim Benzema have stepped up to lead the club after Ronaldo left in 2018.

Four top players departed the club in 2021 and have had mixed levels of success in their new adventures. Here’s how they got on.

A footballing icon, the idea of Sergio Ramos not playing in the famous Real Madrid white seemed impossible.

That was until the summer of 2021. After a season of injury struggles, which saw him miss out on a spot in the Spain squad for the Euros, Ramos left Madrid on a free transfer after 17 legendary years at the club.

The defender joined Paris Saint-Germain, where he has had a nightmarish time.

Ramos has been plagued by injuries so badly, that he has only made five appearances in eight months, and can’t seem to find any consistency or fitness.

The prospect of Ramos playing alongside Lionel Messi was a mouthwatering one, but he is yet to announce himself in the French capital.

PSG were drawn against Real Madrid in the Champions League knockout stages, but Ramos wasn’t fit to face his former club, denying him the chance to say a proper goodbye to the fans who idolised him.

There is hope that he will pass a fitness test for the second leg, but even if he doesn’t play, his leadership will be crucial in the dressing room.

“He’s not currently part of the team, but it’s clear that a player like Sergio can bring experience for this kind of Champions League game, while he was Real Madrid captain and played there for 17 years, so he can also give good advice to his teammates,” manager Mauricio Pochettino stated.

“It would be good for him to be there, whether or not he can play.”

The perfect partner for Sergio Ramos, Varane won everything on offer at Real Madrid but wanted a fresh challenge.

A shock £40million move to Manchester United was the answer, where he has linked up with his former teammate Cristiano Ronaldo.

The Frenchman has been solid at the back despite United’s struggles this season, but trading in Ramos for Harry Maguire hasn’t exactly been a fairytale…

The Norway captain signed for Real Madrid as a 15-year-old who was sought after by every club in Europe, and his debut against Getafe in 2015 made him the youngest ever player to appear for the club.

A few loan spells later, the playmaker seemed ready to become a regular for Los Blancos. But he didn’t.

Not trusted by Zinedine Zidane, Odegaard departed on another loan spell, this time to Arsenal, and the Gunners loved him so much that they paid £30million to make the move permanent.

The 24-year-old is thriving in North London, and with Toni Kroos and Luka Modric getting older, there is some regret in Madrid about Odegaard’s sale.

“The things that you cannot capture are, for example, the interaction and the chemistry that he has and produces with all the players on the pitch when he is there,” the Spanish manager stated.

“How the team functions when he is there and when he is not there, that is really difficult to measure.”

“But it’s something that Martin is exceptional at. He makes the people around him better.”

Technically not a permanent departure yet, Diaz is currently on loan at AC Milan for the second season in a row, and the Italian giants have an option to buy which they will likely use.

The 22-year-old signed for Real Madrid from Manchester City in 2019, but found first-team opportunities hard to come by.

The talented Spaniard is currently proving Real wrong, with 11 goals in 70 games for Milan during his loans, and definitely deserved more of a chance in Madrid.

His technique is ridiculous…