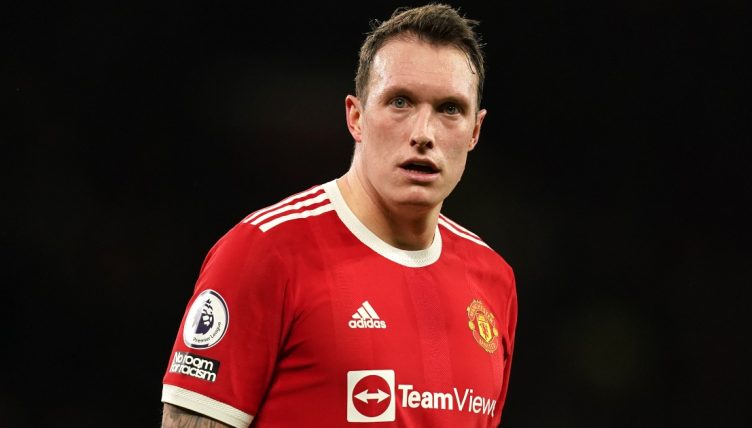 Premier League players are often accused of showing no loyalty to their club – but every side has some long-serving stalwarts within their ranks.

Whether they’re an important first-team cog or more closely resembling that long-forgotten bottle of Tabasco in your cupboard, some players are respected for their longevity at their particular clubs.

We’ve identified the longest-serving player at every current Premier League side.

Definitely in what we’re calling the ‘Tabasco zone’ at Arsenal, with every appearance greeted with raised eyebrows and the uttering of ‘what’s he still doing there?’

Chambers was signed from Southampton in 2014 and hasn’t really kicked on since. Injuries have stalled the defender’s career and he’s had two loan spells away from the Emirates.

Despite this, Chambers has still made 122 appearances for the Gunners and they’ve probably signed worse.

Steer has been at Villa Park since 2013 but looks incredibly unlikely to ever play for the club again.

Still, Villa fans will remember him fondly for his penalty saves against West Brom in the 2019 play-off semi-finals. Villa have come a long way in the years since but won’t forget those years of Championship purgatory in a hurry.

Brentford have based their recruitment model upon selling players for the right money and consequently have the ‘freshest’ squad in the Premier League.

Henry joined the Bees in the summer of 2016 and has proven to be a £1.6million bargain. He’s also chipped in with two top-flight goals in Brentford’s reasonable stab at survival, doubling his previous goal tally for the club.

Dunk captained their youth team as a teenager and was rewarded with his first professional contract in April 2010.

He has 358 Brighton appearances to his name to date and was appointed captain ahead of the 2019-20 season. It’s hard to imagine the Seagulls without him.

Long joined Burnley from Cork City in January 2010, but he has had six different loan spells away from Turf Moor.

The defender hasn’t played for the club this season and has made 85 appearances for the Clarets overall. Despite this, he’ll probably have to be dragged out of the place when his contract expires.

The Spaniard has been a mainstay in their defence for most of the last decade, winning two Premier League titles, two Europa Leagues, an FA Cup and the 2021 Champions League in that time.

Ward left basket-case Portsmouth for Crystal Palace in 2012 and helped the club win promotion to the Premier League in his debut season.

He’s been an integral part of the squad as Palace have established themselves in the Premier League over the intervening years. The defender survived the great 2021 purge at Selhurst Park and has made 20 Premier League appearances this season.

It feels like Everton have tried to replace Coleman in every transfer window since the Koeman era but the full-back remains an important member of the Everton squad.

Coleman moved to Goodison Park in January 2009 – when Gordon Brown was Prime Minister and nobody had yet heard of Lady Gaga – and has made 365 Everton appearances during his time in England.

Whoever replaces Rafa Benitez at Everton will surely look to utilise Coleman’s experience in a tumultuous dressing room.

Liam Cooper also joined in the summer of 2014, when Phillips signed his first professional deal with his boyhood club, but given the latter progressed through their academy we’re classing him Leeds’ longest-serving player.

The Yorkshire Pirlo has made 226 appearances for Leeds and was their standout player during their return to the Premier League in 2020-21.

Leeds’ struggles this season, coinciding with his extended absences through injury, have only served to underline how important Phillips is to this Leeds side. No wonder he’s attracting attention from abroad.

Schmeichel left Leeds United to join Leicester in 2011 and won the Club’s Player of the Year and Players’ Player of the Year awards in his debut season – though nobody would have bet on the goalkeeper lifting the Premier League and FA Cup in the years since.

The Denmark international is synonymous with the club’s incredible rise from second-tier underachiever to Premier League force and has made 452 appearances for the Foxes.

“It is a club that has made me feel at home from day one,” Schmeichel told Leicestershire Live in 2018.

“I came on the back of a tough time at Leeds and from day one from when I stepped into this club everyone made me feel so welcome.

“We have achieved a lot together. It has been one hell of a ride, more than I could ever have expected.”

Alex Ferguson was wrong. We were all wrong. Henderson has become a Liverpool hero since moving from Sunderland in 2011, lifting both the Premier League and Champions League trophies as club captain.

Jordan Henderson launches a half volley into the corner of the net! No one is stopping a strike like that! 💥

Liverpool have their lead back 💪 pic.twitter.com/YsxcxHe72o

City are operating effectively without him this season but there’s no underestimating the impact Fernandinho has had during his nine-year spell with the club.

Brilliant at shielding his defence, the midfielder has been an integral part of City’s golden era. The Brazil international has made 367 appearances for England’s dominant force, winning 12 major honours along the way.

And Pep Guardiola loves him. Speaking in January 2022, he said: “He always tries to help the team, the guys who don’t play, myself, the staff. He is so generous. He is just thinking about what the team need and what is best for the team.

“This is a real captain, when they always think about what is best for the team and the club. That is why he is so generous when he doesn’t play and when he plays, he always plays good.”

Some endorsement, we’re sure you’ll agree.

“I don’t think you’ve what it takes to play in my team,” Paul Dummett recalls hearing from Alan Pardew upon his return from a loan at St Mirren in summer 2013.

He’s outlived Pardew by seven years at the latest count although, with their newfound riches, the defender probably won’t be around for much longer.

Some fans will remember McGovern’s incredible performances for Northern Ireland at Euro 2016 but he’s failed to make much of an impact at Norwich.

After signing for the club following his heroics in France, the goalkeeper has only made 41 appearances for the Canaries of which none have come this season.

At 37, he won’t be at Carrow Road for much longer – no matter what division Norwich find themselves in next year.

Signed from Plymouth in April 2011, when Southampton were still a League One side, Stephens is an established member of the first-team squad at St Mary’s.

He may have had four loan spells away but Stephens has been a reliable defender as Southampton have become a lower mid-table staple but has only made six league starts this season.

He’s still only 27, somehow, so could stick around for a few more years yet.

Since a number of underwhelming loan spells early in his career, Kane has scored 233 goals in 364 Tottenham appearances and has cemented himself as their modern-day hero.

The England captain wouldn’t be on this list if he’d got his desired move to Manchester City last summer but there’s every chance he’ll repair his damaged standing with the Tottenham fans.

Another Northern Ireland international in the autumn of his career, Cathcart has played under 14 managers at Watford.

Signed from Blackpool in 2014, the defender was a regular starter during their five-year stay in the Premier League during the latter half of the 2010s and remains a squad member as the current side battle for survival.

The 32-year-old has scored eight times in 194 appearances for the Hornets.

Noble is currently the longest-serving player in Europe’s top five leagues after making his Hammers debut in August 2004.

There’ll be tears in east London when the midfielder’s contract expires at the end of the current season. Prepare for the biggest Cockney knees-up in a generation.

Coady has missed two Premier League matches since Wolves were promoted to the top flight in 2018 – a truly remarkable effort.

It’s easy to forget that the England defender came through the ranks at Liverpool, such is the strength of his association with Wolves.