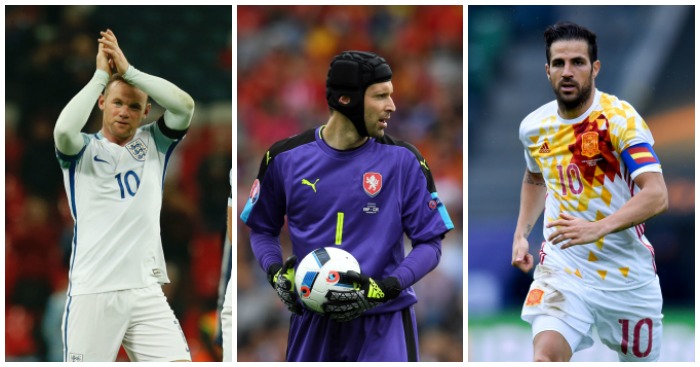 Arsenal, Chelsea and Liverpool can all call upon the services of players with over 100 caps – but the Premier League is so big nowadays that every club has a smattering of experienced internationals.

Brighton and Huddersfield are playing in the competition for the first time this season, but the two clubs have two of Australia’s best players in their squads, highlighting the strength and appeal of the English top flight.

Here is the most-capped international player at every club.

Alexis Sanchez and Per Mertesacker have both collected over 100 international caps, with the Chilean needing 10 more caps to surpass Cech’s haul, which he may not do while still at Arsenal given he has just one year left to run on his contract.

The Cherries have an actual World Cup-winning captain among their ranks in England Under-20s hero Lewis Cook, but former Poland stopper Boruc beats Jermain Defoe and Asmir Begovic on this front, though the latter could overtake the man he replaced as No.1.

Ryan was briefly Brighton’s record signing after joining from Valencia this summer and is set for a busy season trying to keep the newly-promoted outfit in the Premier League ahead of the 2018 World Cup.

Gudnudsson, however, has the most experience, and started every game of Iceland’s heroic Euro 2016 campaign.

Considering the wealth of talent Spain have had available in midfield, Fabregas’ longevity in the national team is outstanding, as he has gone on to win two European Championships and one World Cup.

Lee has hardly been a regular in his three-and-a-half years at Selhurst Park, but he has been a mainstay of the South Korea team since making his debut in 2008.

You might have heard that Rooney has now retired from international duty, and it’s hard to argue with a career in which he has become Manchester United and England’s record goalscorers. 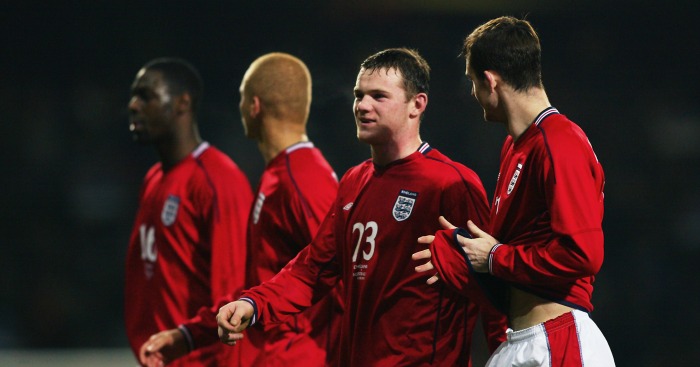 READ: Where are they now? The England team on Wayne Rooney’s international debut

Like Matt Ryan at Brighton, Mooy will be a crucial figure in keeping his team in the Premier League and is likely to have an equally important role for Australia at the World Cup.

A player it’s very difficult not to love, Okazaki is hardly considered prolific at the King Power Stadium but has a very impressive record of 50 goals in 108 caps for Japan.

Just one cap behind Mart Poom, who is almost certainly the only other player you can name from Estonia.

Despite coming off the back of a dreadful season for Manchester City in which he lost his place as the club’s No.1 goalkeeper, Bravo was named the best stopper at this summer’s Confederations Cup.

Antonio Valencia held this honour until Thursday afternoon with his 89 caps for Ecuador, but then Zlatan returned. And Zlatan doesn’t do second best. He’s scored 62 goals for Sweden at a rate better than one every two games.

This probably speaks volumes why Rafa Benitez is desperate to add to his Newcastle squad.

Given Southampton have often had their best players poached by bigger clubs, it seems strange has been a lack of interest in Davis, who has been a model of consistency for both club and country.

Well it wasn’t going to be Stephen Ireland, was it?

Asian footballer of the year in 2009, Ki also has an Olympic bronze medal and was part of the side which finished as runners-up at the Asian Cup in 2015.

Vertonghen and Lloris are two of the leaders in the Spurs side and form part of one of the Premier League’s best defences. They’re also quite handsome, although we’re not sure if that’s related to their international longevity.

This could literally have been anybody.

Still going strong at the grand old age of 37 years old for both club and country, he scored the first Northern Ireland goal in a tournament for 30 years at Euro 2016, which is made even more remarkable by the fact he almost retired from international duty in 2007.