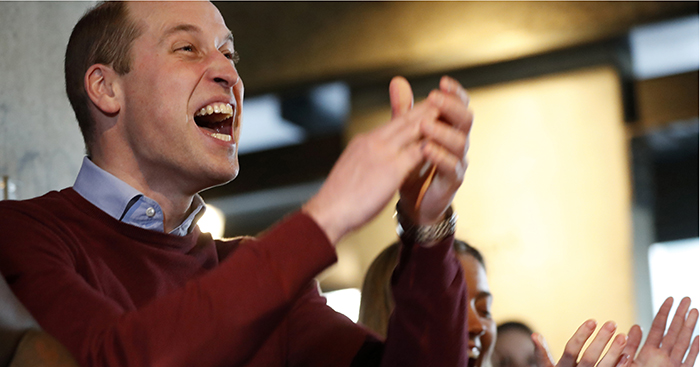 Let’s face it: the Premier League is a cesspit of football fandom. Look to the VIP boxes at any Premier League stadium, and you’ll see some of the worst humans on the planet.

The Big Six are the worst offenders, of course, but even the minnows bring their fair share of moneyed, vibe-killing supporters who shame the fans in the stands.

So after compiling a list of the Premier League’s coolest celebrity fans last season, we thought we’d do a round-up of the least cool.

For every Stormzy there’s an Olly Murs. For every Ant there’s a Dec.

We hoped Watford would be relegated by now, since Elton John is their only real celebrity fan, but we’ve given it a go nonetheless.

Say what you like about Osama Bin Laden; at least he would have grilled Trump.

A controversy monger with no principles beyond ‘Wenger Out’, phone-hacking shit Piers Morgan is the worst thing about Arsenal Football Club, and that’s really, really saying something.

Aaron Ramsey blanked him — as should any sensible Gooner.

The Duke of Cambridge decided to support Villa for perfectly valid reasons.

“A long time ago at school I got into football, big time,” he explained. “I was looking around for clubs. All my friends at school were either Man United fans or Chelsea fans and I didn’t want to follow the run-of-the-mill teams.

“I wanted to have a team that was more mid-table that could give me more emotional rollercoaster moments.”

Looking for a thrill? Abdicate, ya bald git.

“It’s not over yet!” sang bassist Jamie Reynolds on one of the band’s early singles, which is more than can be said about Bournemouth’s Premier League adventure.

Jamie Theakston, Theako to his mates, presented Top of the Pops for six years, driving the show to its death in the early millennium.

He sometimes plays in goal at Soccer Aid, which is lame, and he supports Brighton. Lucky Seagulls.

DYCHE: “Oh God. I’ll just live inside your trousers or something. It would be much easier!”

No surprise that Stamford Bridge attracts some of the world’s worst, with Gordon Ramsey, Jeremy Clarkson and Kevin Pietersen all contenders for the club’s most uncool fan.

Ed Sheeran captains the A-Team of insufferable knobs — for ruining Stormzy and being seemingly pleased with himself about the whole thing.

Branson, your least favourite intergalactic Tory, has been involved with Palace for decades, and Virgin used to sponsor the South London club.

He sued the NHS, which is probably worse than Alan Pardew dancing.

This guy is a wrestler, apparently, and I don’t think that needs elaborating upon.

The guitarist once scored a goal in a charity match, but Kasabian are more or less the worst thing about Leicester.

According to Wikipedia, ‘Empire’ was a word they used to mean ‘good’, which is as weird as it is nonsensical.

Liverpool’s celebrity fans are probably less annoying than their normal fans, but Chris de Burgh, the man who fittingly sung ‘The Lady in Red’, is about as uncool as it gets.

He does actually care about the club though.

“It was uncomfortable to see a venerable institution being taken over by people who clearly had no idea,” he said of Hicks and Gillette in 2010.

Here’s De Burgh watching a match through some binoculars. 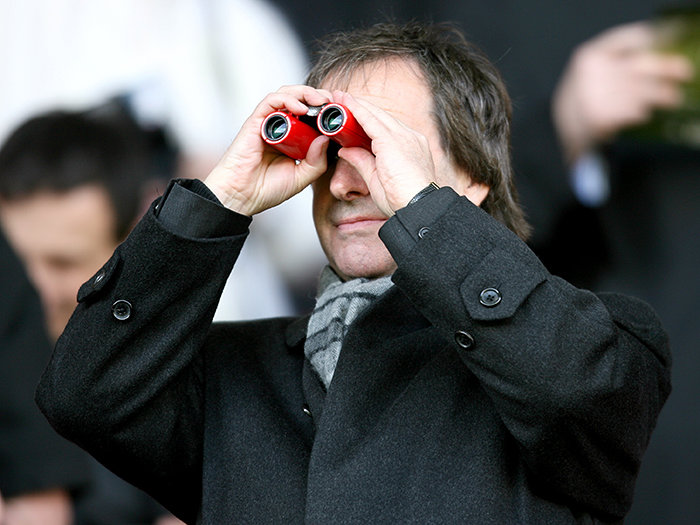 Where do you even start?

Loan them all to Antwerp.

Nothing against Jake Humphrey, but his vanilla broadcasting competence is worlds away from the ballsy brashness of Delia Smith.

Technically more than a well-wishing celeb, Warnock is on the list because United’s other famous fans are basically all brilliant people.

Planet Football loves the Pack-Man as much as you do, but birdwatching is about as interesting as Southampton Football Club.

Apparently someone left a dead fox outside his house this Christmas.

An otherwise fine working day has been ruined by news of Pardews sacking from SFC . Stability at St Marys – apparently not in my lifetime

Poverty shagger IDS had a WHL season ticket in the early 2000s, which is probably why Freund, Rebrov, Doherty and co were so crap.

Aniston’s cool, just not as cool as Elton John.

Jeremy Kyle hates poor people as much as Russell Brand hates ‘the system’ or whatever, but it’s clear that neither are very cool.

As tenants of the Premier League’s least cool stadium, one suspects this duo might have competition in a few years’ time.

Saïss man, I always wanted you to go into Saïss man.

Yet to write a spherical song, the former Babylon Zoo frontman is not a Wulfrunian you’d especially want to hang out with.

His Wolves fandom isn’t 100% verified, but he’s probably less cool than Robert Plant, a more successful musician from the region.