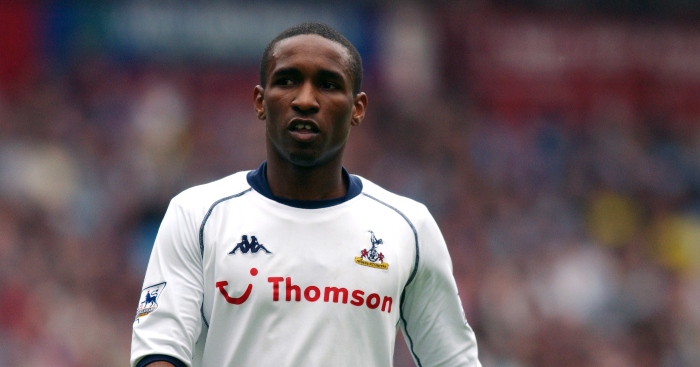 Tottenham have been blessed with some brilliant goalscorers over the past 20 years, but only a select few have scored on their league debut for the club.

Some players built on that moment and had a long and successful career, while others struggled to replicate it and fell by the wayside.

Here’s every Tottenham player to score on their Premier League debut since 2000.

Richards followed manager Glenn Hoddle from St Mary’s to White Hart Lane in 2001 and was seen as the ideal replacement for Sol Campbell.

The centre-back scored 15 minutes into his debut and helped Spurs take a 3-0 lead over Manchester United, but the visitors hit back with five second-half goals.

He made another 72 Premier League appearances for the club but was forced to retire in 2005 due to health concerns and sadly passed away six years later.

Kanoute switched from West Ham to Tottenham for £3.5million in 2003 and came off the bench to score the winner against Leeds United on his debut.

But he was unable to establish himself as a regular starter at White Hart Lane due to the form of Jermain Defoe and Robbie Keane.

The striker was eventually sold to Sevilla in 2005, having scored 21 goals in 73 appearances for Spurs.

Mabizela joined Spurs in 2003 and scored a stunning goal against Leicester City on his debut, but that proved to be his only goal for the club.

The defender only made another eight appearances for Spurs and had his contract terminated in 2004 after several several disciplinary issues.

Defoe hit the ground running with a goal on his Tottenham debut in a 4–3 home win over Portsmouth in February 2004.

He won their Player of the Year award in 2004 and scored 64 goals in 177 games before being sold to Portsmouth in January 2008.

After returning to White Hart Lane 12 months later, the striker continued to rack up the goals and became their sixth-top goalscorer of all time.

Mido joined Spurs on an 18-month loan deal from Roma in 2005 and scored twice on his debut against Portsmouth.

His impressive performances convinced Martin Jol to sign him permanently in 2006, but things went downhill from there.

The forward fell out with the manager and scored just five goals in 23 games in 2006-07 before leaving for Middlesbrough.

“I had some great days and made great friends. It was an honour to play for Tottenham,” Mido told the official Tottenham website in 2018.

“I wish I had stayed (longer). One of the biggest mistakes throughout my career was to decide to leave. Tottenham is a great club and I’m still a great fan.”

Gilberto joined Spurs in January 2008 and made history by becoming the club’s first Brazilian to appear for the senior side.

After making his competitive debut in the UEFA Cup, he scored against West Ham on his Premier League debut three days later.

But that was about as good as it got for the left-back, who only made another eight appearances for the club and had his contract mutually terminated in 2009.

“I want to say sorry with all my heart to the Tottenham fans. I’m gutted that it didn’t work. I would have loved to have stayed, but I got branded very quickly. There were some great people at the club, but it was a bad time for me personally.”

Bassong was signed from Newcastle United in 2009 and marked his debut by heading the winning goal against Liverpool.

The centre-back was a regular in the Spurs side that finished fourth in the 2009-10 season and scored the club’s first ever Champions League goal in the following season.

However, the arrival of Jan Vertonghen saw Bassong fall down the pecking order, and he was sold to Norwich City in 2012.

Rose made his Premier League debut in the North London derby in April 2010 and scored a sensational volley after just 10 minutes.

The left-back has struggled with fitness issues but still made another 213 appearances for the club before joining Newcastle United on loan in January 2020.

Also #OnThisDay in 2010, Danny Rose did this 10 minutes into his @PremierLeague debut against Arsenal… #COYShttps://t.co/SWsFyzJx3q

Adebayor joined Spurs on a season-long loan deal from Manchester City in 2011 and got off to a great start by scoring in a 2-0 win over Wolves.

The striker scored another 17 goals in all competitions and convinced the club to make the move permanent at the end of the season.

He managed 24 goals in 76 appearances after signing a permanent deal and was released from his contract by mutual consent in 2015.

Spurs spent £15million to bring Dembele to White Hart Lane in August 2012, and he came on as a half-time substitute to score against Norwich City a few days later.

The Belgian established himself as one of the best midfielders in the Premier League and made 250 appearances for Spurs over six and a half years.

Injuries eventually took their toll on the midfielder, however, and Dembele moved to Chinese Super League club Guangzhou R&F in January 2019.

Soldado arrived at Spurs with an excellent reputation having had three prolific seasons at Valencia and the striker scored the winning goal against Crystal Palace in August 2013.

However, he’d only manage another 15 goals in all competitions before joining Villarreal in 2015.

Dier endeared himself to the Tottenham supporters by scoring an injury time winner against West Ham on his debut in August 2014.

He established himself as a regular starter alongside Mousa Dembele in midfield as Tottenham finished third in the Premier League in 2015-16.

The England international then fell out of favour under Mauricio Pochetinno, but has become a key part of Jose Mourinho’s plans.

Spurs broke their transfer record to sign Ndombele in 2019 and the midfielder scored a stunning equaliser on his competitive debut against Aston Villa.

But things have gone from bad to worse since then and the 23-year was heavily criticised by Jose Mourinho after a poor performance against Burnley.

“In the first half we didn’t have a midfield… I’m not going to run away and I have to say he [Ndombele] has had enough time to come to a different level,” Mourinho said.

“I know the Premier League is difficult, and some players take a long time to adapt to a different league.

Bergwijn arrived from PSV Eindhoven and made an immediate impact by volleying home the opener in a 2-0 win over Manchester City in February 2020.

The Dutch international continued to impress but suffered a season-ending ankle injury just before the 2019-20 campaign was suspended.