Everything you need to know about Arsenal target Manor Solomon 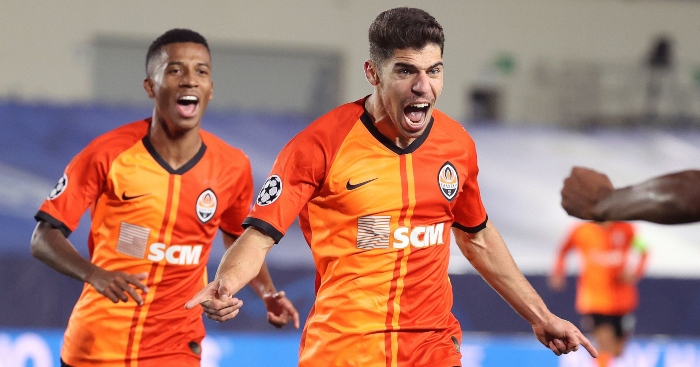 Arsenal are looking to rebuild after another turbulent season and have reportedly identified Shakhtar Donetsk’s Manor Solomon as a potential signing.

According to The Guardian, Arsenal have scouted Solomon for a long time and may firm up their interest at the end of the season.

We’ve compiled everything you need to know about the 21-year-old, who has attracted the attention of some of Europe’s biggest clubs.

Born in July 1999 in the Israeli city of Kfar Saba, Solomon is the son of two PE teachers and started his career at Maccabi Petah Tikva in 2015.

Considered one of the strongest teams in Israel, he made his first-team debut aged 17 during the 2016-17 season. He was soon called up to the Israel Under-21 squad and was named as one of the 50 most promising players in Europe by UEFA.

Solomon completed mandatory military service aged 18, serving as a soldier in the Israel Defence Forces. Upon completion, he made his debut for the national team in 2018 and secured a move to Shakhtar Donetsk the following January.

From there his career blossomed. Playing for a club known for developing young talent, he scored six goals in 27 appearances in 2019-20, including an equaliser against Manchester City at the Etihad.

While Shakhtar have failed to progress from the Champions League group stages in the past two seasons, Solomon has continued to shine. The Ukrainian champions completed an unlikely double over Real Madrid in the 2020-21 edition, with Solomon scoring in both games.

He currently has seven caps for Israel and scored his first goal for their senior team in a UEFA Nations League win over Scotland in November 2020.

Alongside Arsenal, Solomon has been linked with Atalanta, Leeds United and Manchester City. City were reportedly close to signing him in 2017 before Maccabi’s owner doubled the asking price during the last stage of negotiations.

"He ran, he drove, he struck and he has struck gold!"

Where does he play

Solomon predominately plays on the left wing for Shakhtar but has also been used on the opposite flank and in the No.10 role behind the striker.

While an excellent dribbler, he still needs to learn when to release the ball and when to dribble past opponents. The 21-year-old is still yet to become a fully established first-team starter at Shakhtar, so Arsenal may have to be patient if signing him.

“A lot of his early years at the club were as a bit-part player, especially in his first full Champions League season in 2019/20 when he came off the bench twice to score against Manchester City and Atalanta,” Andrew Todos, a Ukrainian football expert at Zorya Londonsk told 101 Great Goals.

“Since arriving, he started out on the right where he had been playing with his former club. However he has been deployed as an attacking midfielder and more recently on the left. He has slowly been replacing the well-known Brazilian Taison who is gradually ageing.

“He is predominantly a very good dribbler. Very technical with a low centre of gravity. He likes to keep the ball at his feet and can take on a number of players, beat them and have the strength to hold off players as well.”

– A source close to the player told the Gooner fanzine: “We prefer to move in the summer but if a club like Arsenal come in for you in January, you don’t say no. Edu likes the boy.”

– The Guardian have compared his style of play to that of Eden Hazard.

– Solomon has spoken about his potential move to Manchester City in 2017. Speaking to The Guardian, he said: “They really wanted me and I had a meeting with them but unfortunately it did not work out.

“I played against them with Shakhtar and it was a really good point for us but in the end it didn’t help us to qualify. It was also very special to play against Manchester City and Pep Guardiola and to score.”

– Of his move to Ukraine, Soloman said: “I looked at the history of the club, I saw everything, the players they produced over there. I thought it was a great opportunity for me to play in the Champions League, to continue my young career in this club.

“I am enjoying life at Shakhtar, I am only 21 years old but one day – sooner or later – I will join one of the best leagues in the world.”