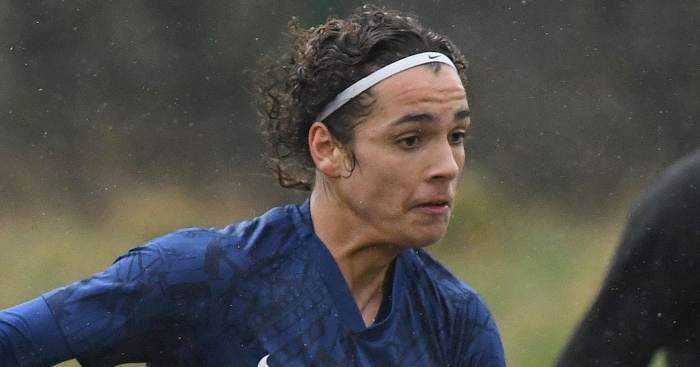 Charlie Webster is the latest exciting star to emerge from Chelsea’s academy – but he could be the next player to swap England for Germany.

According to The Sun, Borussia Dortmund are interested in signing the 16-year-old and believe they could fast track him into their first team as they did with Jadon Sancho.

We’ve brought you the lowdown on the highly-rated prospect set for a bright future in either England or Germany.

– Just to make you feel incredibly old, Webster was born on January 31, 2004, just four months before Jose Mourinho took over at Stamford Bridge for the first time.

– Webster started his career at Pezzaz Soccer School and joined Chelsea’s youth system in 2016 at the age of 12.

– He picked up the player of the tournament award as Chelsea won the Kevin De Bruyne Under-15s Cup in Belgium in 2019.

– The midfielder recently captained England’s Under-16s and scored his first international goal against the Republic of Ireland in August 2019.

– He has also represented his country at Under-17 level, coming off the bench in a 4-1 win over United States Under-17s in February.

– Despite only turning 16 in January, Webster made his Under-18 Premier League debut against Southampton at the beginning of February.

– “Charlie Webster is still only 16, but the midfielder has caused a lot of excitement at the club,” Matt Law wrote in the Daily Telegraph in April 2020.